I remain optimistic that a deal will be struck in the next two weeks that will preserve the full regular-season, but even if that happens, we're going to be looking at an accelerated training camp/signing period.

In preparation for a potential deal and a crazy ramp-up to the season, I'm going to take a daily position-by-position look at where the roster stands heading into the hopefully approaching season. 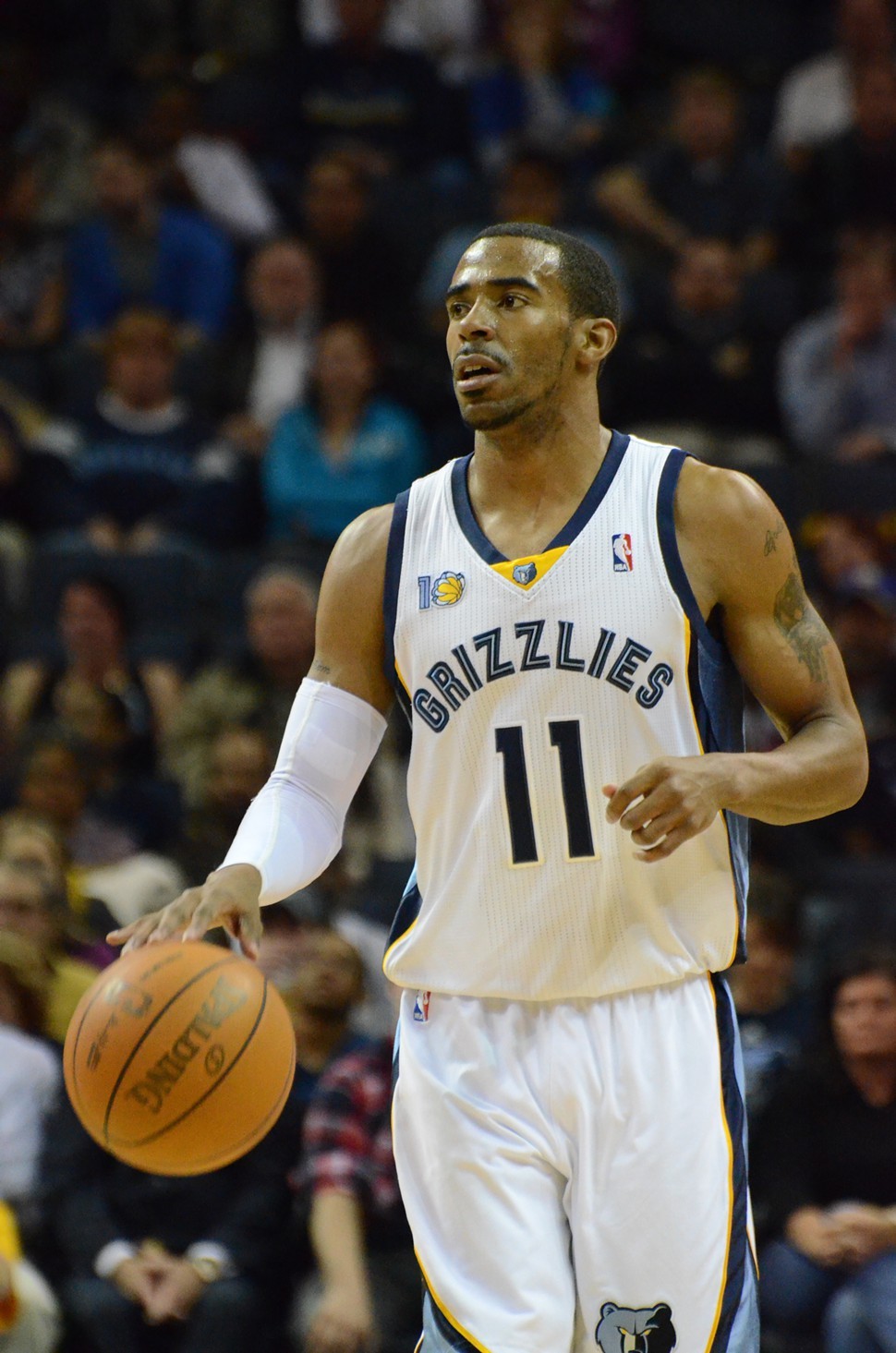 Mike Conley is coming off his best and most consistent season. In the regular season, he avoided the slow starts that plagued him in previous seasons en route to matching or setting career highs in almost every statistical category. (Exception: His surprisingly effective three-point shooting fell off a little, from 41% and 39% the previous two seasons to just under 37% last season.)

Conley then held is own in the high-stakes atmosphere of his first playoff run, facing tough match-ups in both series, playing nearly 40 minutes a night, and helping guide a #8 seed to the seventh game in the second round.

Good season aside, Conley is not without questions. If the post-season established him as a cool floor general and solid starter, it also exposed some of his offensive and defensive limitations: In the regular season, Conley was able to mitigate his tendency to get overpowered defensively by using his quick hands and good instincts to pile up deflections and steals (sixth per game at 1.79). Asked to play big minutes in the playoffs, Conley was more conservative in an attempt to avoid foul trouble, and was going to struggle against the bigger, more explosive Russell Westbrook regardless. The Grizzlies ended up using Tony Allen or O.J. Mayo to defend Westbrook for stretches.

Offensively, Conley is steady (his assist rate went up as his turnover rate went down) but has not emerged as a dynamic playmaker. As a scorer, he's a nice secondary option, but the Grizzlies tend to struggle when Conley is forced into more of a primary role. With Rudy Gay out and the remaining wing players struggling offensively in the playoffs, Conley's field-goal attempts per game went up (11.8 to 14.1) while his shooting percentage dipped precipitously (from 44% to under 39%).

Under the current system, Conley's once controversial contract should be at the upper-range of what he can and should be. He'll never be a bargain, but as long as he stays healthy, the Grizzlies are in decent shape here.

Though his minutes were modest in both instances, Vasquez' improved production from regular-season to post-season jumps off the screen — big increases in his shooting percentages from the floor and three-point line and nearly doubling his regular-season PER.

Vasquez played with unusual swagger for a low-drafted rookie and had some memorable big games — changing the tide in an early home game against the Celtics, stepping up in Game 6 against the Spurs when Conley got into early foul trouble. His court vision and nerve — he developed quite an alley-oop rapport with Darrell Arthur — were impressive.

Vasquez's improved shooting in the playoffs — using his size to get off clean shots around the rim and knocking down open threes when the defense was sagging on the team's post scorers — might seem more small-sample-size flukish if it wasn't a carry-over from his regular-season development. After shooting 37% from the floor and 25% from the three-point line before the All-Star break, Vasquez shot 53% and 42% after the break.

While it isn't reasonable to expect those second-half percentages to hold up over a full season, there's good reason to think that Vasquez's in-season improvement was a function of getting more comfortable with the speed of the NBA game. His foot-speed will remain a defensive issue, but coming off a good close to his rookie season and a terrific summer starring for the Venezuelan national team, I think Vasquez can establish himself as a high-level playmaker, solid three-point shooter, sneaky scorer, and tone-changer. He's going to sneak up on people this season.

The ultra-fast Smith played more than most expected after coming over as an apparent throw-in in the Battier/Thabeet trade, with coach Lionel Hollins deploying his defense off the bench against smaller, quicker opposing point guards. But Smith was a disaster offensively — there's seemingly no shot he doesn't struggle with — and played only nine minutes in the playoffs.

Josh Selby
Age: 20
Contract Status: Unsigned, looking at around the rookie minimum if he makes the roster.

A former #1 rated high school prospect, Selby plummeted deep into the second round after one rough year at Kansas, but has drawn raves wherever he's suited up this summer — Memphis, Baltimore, Las Vegas — and seems to be taken quite seriously by other NBA players. Summer League is not the NBA, even when made up mostly of NBA players, so cautious optimism is probably the proper attitude to have about Selby. But there's reason to think the Grizzlies may have hit on something here.

Conley is set as the starter here, but there are some questions behind him. Personally, I'd feel really good about Vasquez as the primary backup, but Hollins preferred having a different option late in the season for defensive match-ups against quicker opponents and suggested after the season that he considered adding another smaller point guard as a team need, presumably to share the job with Vazquez and provide both insurance and match-up options.

I wouldn't expect that to be Smith, despite the partial guarantee on his contract. He's just not talented enough as a scorer or playmaker to stick. Selby presents a potential dilemma here. More a combo/scorer than a pure point/defender, he's not really what Hollins has in mind and is a 20-year-old rookie to boot. But his talent level relative to his cheap contract makes him, I would think, highly unlikely to be cut. Can you keep Selby AND add another small guard to this roster? Without moving a wing player? It's not as crucial as re-signing Marc Gasol, but this will be one of the primary issues the team will face when business resumes. If the team does add another guard to the roster, I suspect it will be a rookie with D League or overseas experience (Jerome Randle?) or a vet on minimum-salary deal.

The issue that may still linger as long as he's on the roster is the idea of giving O.J. Mayo spot minutes at the point. The Grizzlies faired well with Mayo guarding Russell Westbrook in the playoffs and with Rudy Gay coming back, could be facing a playing-time crunch on the wings. Hollins declined to experiment with this all during the regular season, but found himself using Mayo on the ball — briefly — in the post-season. Mayo apparently spent some time at the point in summer-league play.

Beyond the Arc Top 40 — Point Guards:

As a way of putting the Grizzlies players in some league-wide perspective, I'm going to end each of theses posts with my own quick attempt at ranking the Top 40 players at each position heading into next season. Here, I've got Conley pegged fourth among a five-players group from 15-19, with Kyle Lowry, Brandon Jennings, Ty Lawson, and Darren Collison. I could talk myself into putting those five players in pretty much any order. The 14 players ranked above that group I would definitely take over Conley for next season. I would take Conley over all the players ranked lower (starting with a 38-year-old Jason Kidd). I'm being conservative in leaving Vasquez off the list, but I wouldn't be at all surprised to see him be equal to or better than the bottom five players.