As we face a moment-of-truth weekend in the CBA negotiations, we here at Beyond the Arc continue to prepare for the best. The fourth post of my five-part look at the Grizzlies roster entering an abbreviated "off season": 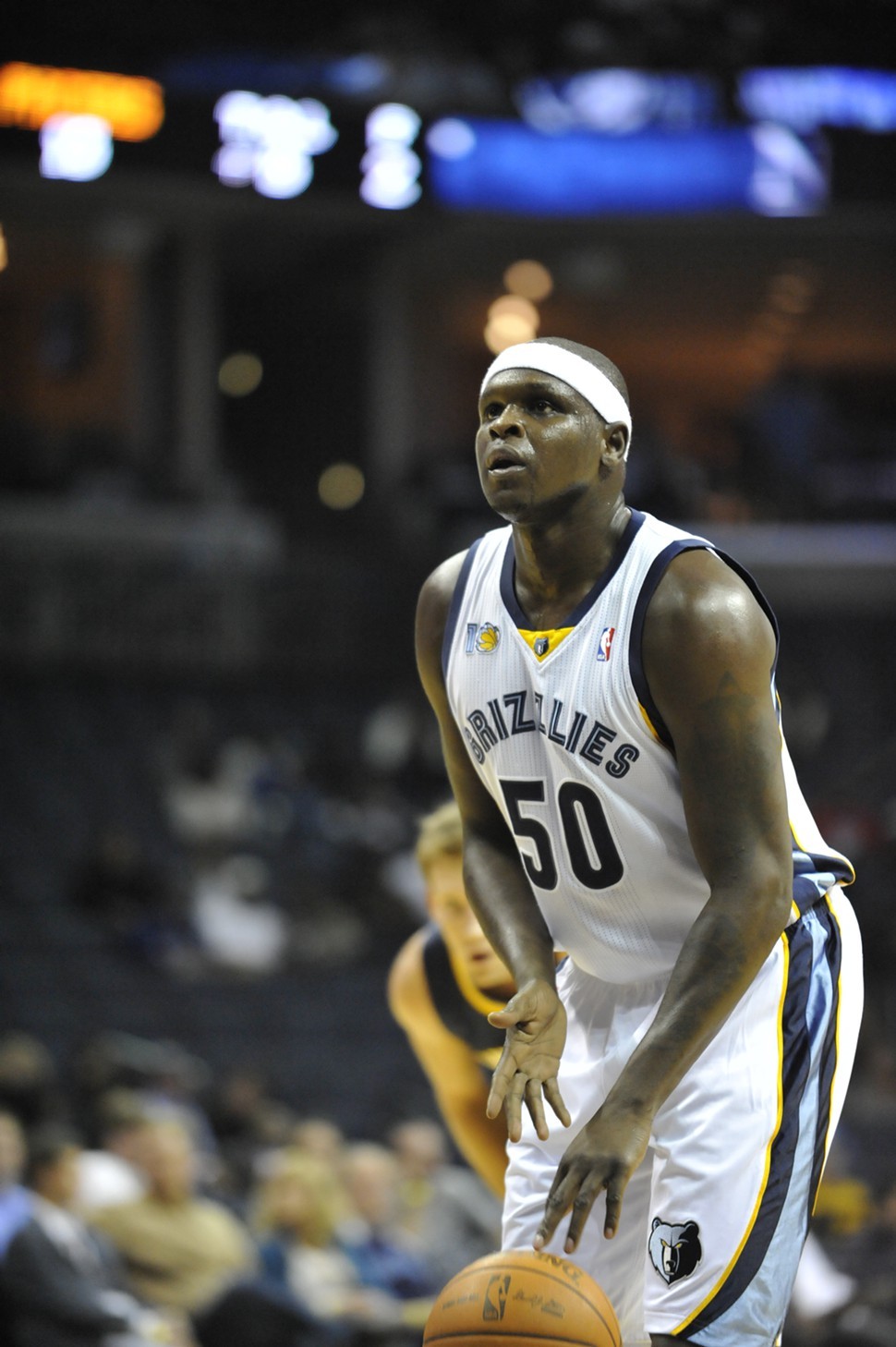 What a year. Randolph didn't make the All-Star team like he did in his first season with the Grizzlies, but he was an even better player, and his payoff came at the end, with an all-NBA selection and a post-season explosion that solidified him — at last — as a recognized elite player.

In 2010-2011, Randolph consolidated his previous season's efficiency as a scorer and rebounder — notching his highest shooting percentage since becoming a starter and his best rebound rate ever — but made his real strides in areas that have always been his biggest weaknesses — passing and defense. Randolph didn't morph into vintage Kevin Garnett, but the days of legitimately labeling him a "black hole" or a "bad defender" were over.

At his very best, Randolph was as dominant a post-season player as anyone last season — including Dirk Nowitzki and Kevin Durant. In consecutive Game 6s — one to close out a series and one to avoid elimination — Randolph took completely took over games. But Randolph's brilliant playoff games overshadowed some bad ones. In truth, Randolph was inconsistent in the playoffs, although this inconsistency probably had as much to do with the Grizzlies' inability to relieve pressure on Randolph with perimeter offense as it did with Randolph's own play.

Randolph had three playoff games in which he shot under 36% from the floor. In those three games, he averaged 11.6 points per game and the Grizzlies lost all three by an average of 14 points a game, which underscored all much the Grizzlies missed Rudy Gay as a second shot-creator on the perimeter.

This season will be Randolph's first on a big four-year contract. This is a big investment for the Grizzlies and there are legitimate concerns: Randolph turned 30 this summer and might be due for a natural decline. Plenty of people — though not me, really — will worry about complacency and a regression in Randolph's improved defense and shot-selection with the contract. And then there are the off-court issues, which are less severe than in the past and so far have been kept out of Memphis but which the events of the past two summers (more than) suggest are still a concern.

But, like Nowitzki, who is three years older, Randolph's game is based more on skill, craftiness, and toughness than on athleticism. If Nowitzki could maintain his peak value into his age 33 and (presumably) 34 seasons, then I think Randolph is capable of doing the same.

Arthur's overall decline from regular season to post-season was misleading because he hurt his hand late in the Spurs series (where he shot 55% from the floor) and wasn't fully healthy against OKC (where he shot under 38%). Arthur's second half in Game 4 against the Spurs was — seriously — one of the best stretches of all-around play I've ever seen from individual player.

One of the most improved players the NBA last season, Arthur was a more dynamic finisher at the rim (68% last season to 49% the year before). He was better on the block and off the dribble, showing a developing jump hook and a penchant for quick face-up moves against bigger players while developing a great rapport with fellow reserve Greivis Vasquez on alley-oop plays.

But more significant was the arrival of a mid-range game that Arthur had showcased in college but which we hadn't seen in his first two seasons. Per Hoopdata.com, Arthur's shooting percentage from 10-15 feet improved from 35% to 48% while his shooting from 16-23 feet improved from 33% to 39%. This helped provide floor spacing on a team that didn't shoot many threes.

Arthur also had a breakout season on the defensive end, where his on court/off court defensive rating was the best on the team among players who played significant minutes. He was very good all year on the perimeter, stepping out on pick-and-roll plays, but really emerged over the course of the season as a shot-blocking threat, with as many multi-block games in March (7) as he had in November-February combined. And that trend continued in the playoffs until his hand injury, with Arthur averaging 1.5 blocks a game in only 16.5 minutes in the Spurs series.

A little undersized, Arthur may never be an ideal starter at power forward, but for the moment he's one of the best and most affordable frontcourt reserves in the league.

A foul machine on both ends, Powe had his moments late in the regular season as a deep reserve just months after undergoing major knee surgery, including a memorable 13 point in 17 minutes performance (on 5-6 shooting) in a road win against the Celtics.

Powe has had so many knee problems that health will always be an issue, but he's still only 27 and is a tough customer with a scorer's knack. He will be playing effective spot minutes for someone in the NBA next season, and the Grizzlies have first shot at him.

Randolph is set as the starter and Arthur is so good as a reserve that it wouldn't be surprising to see Randolph's 36.3 minutes per game decline a little next season, which would hopefully help him in the playoffs. If Randolph and Arthur both stay healthy, the Grizzlies are in terrific shape here for next season.

Long term, you can make the argument that Arthur is more important than Mayo. Both are due for extensions this season, but with the team already having cap issue and with the need to retain Marc Gasol, I doubt you'd see extension for either. This is likely the last year in Memphis for Arthur.

The Grizzlies played Arthur and Randolph together out of necessity and to maximize minutes for their best players, but both players are a little undersized to play even back-up minutes at center, and that's why I doubt Powe is back. As the fifth (or fourth) big, I think the Grizzlies would prefer a bigger player who can be more of a defensive presence and play legitimate minutes at both the 4 and the 5. Once Gasol is retained, finding an affordable player who could fill this role will probably be the team's top priority.

The Beyond the Arc Top 40 — Power Forward

I'm sure this looks like a homer ranking, but power forward is the hardest position to rank after the clear-cut #1. Numbers 2-5 could defensibly be put in any order, and some would extend that tier down to #7 or #8. I think Stoudemire is docked for defense and Aldridge a little for mediocre rebounding at a rebounding-oriented position. Gasol's ability to play center should probably put him ahead of Randolph, but Randolph was so much better than Gasol in the playoffs that I'm giving him the nod for now.