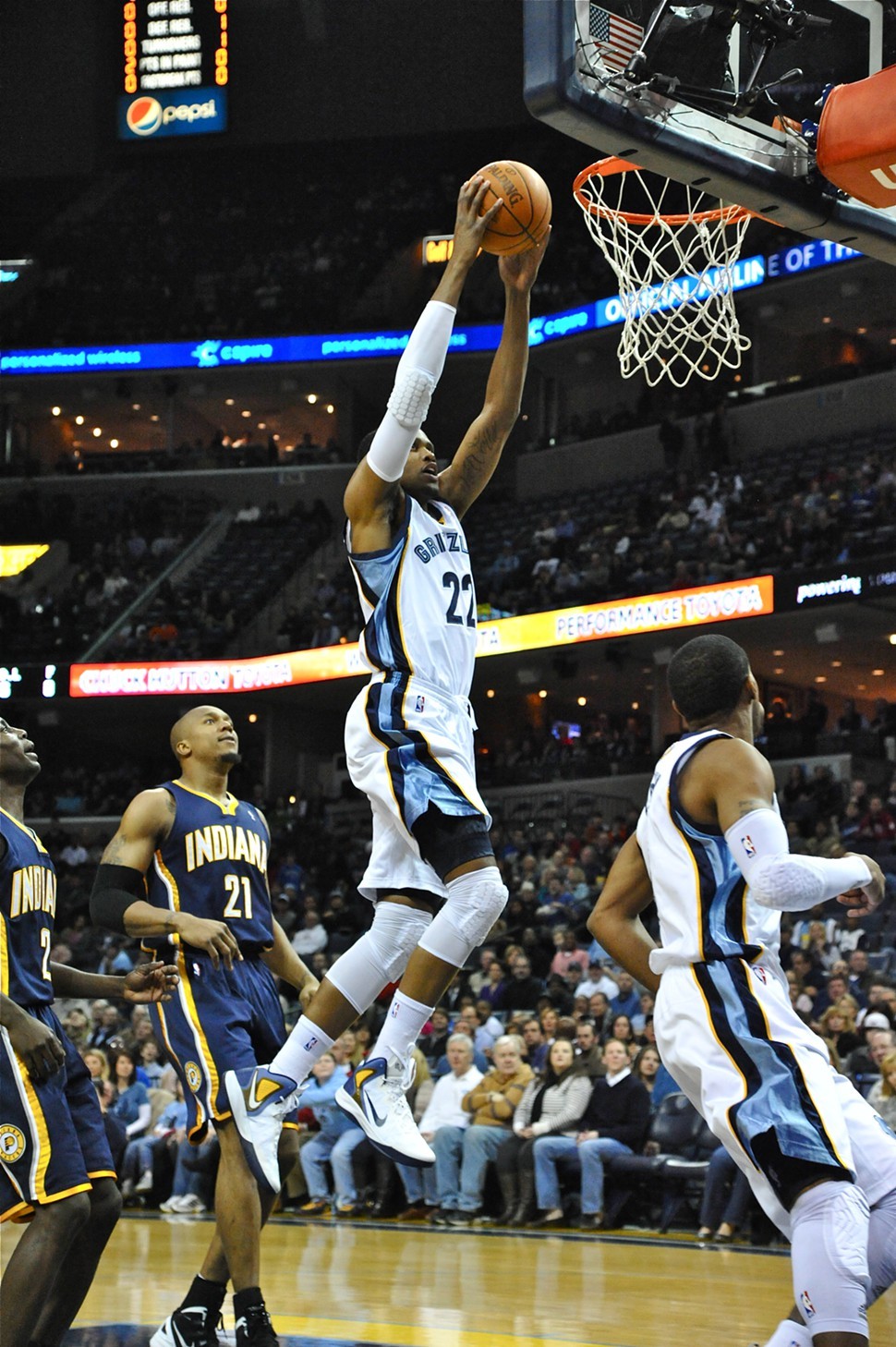 A double-digit home win on Sunday against one of the reigning NBA Finalists, the Miami Heat, felt like a breakthrough, with a raft of national attention following in its wake. But this follow-up double-digit win over the the other reigning NBA Finalist felt like a confirmation: This year's model of the Memphis Grizzlies is, until further notice, one of the very best teams in the NBA.

You could put a mild asterisk on the Heat win if you really wanted, based on Wayne Ellington's career night. But there was nothing extraordinary about this one, unless you count Rudy Gay going head-to-head against one of the NBA's two best players and coming away with something close to a draw. But Gay's done that before. He did it on Sunday too.

Instead, this victory felt encouragingly ho-hum. Unlike most of the Thunder's opponents so far this season, the Grizzlies got off to a slow start, struggling to get their new-and-improved offense in gear and escorting the Thunder to the foul line at the other end. But, as the game wore on, the Grizzlies' — get this — superior overall talent wore the Thunder down, and the Grizzlies maintained a decent lead the whole second half.

Gay, hitting a series of tough shots directly over Durant in the third quarter, had his best game of the young season (28 points on 12-21 shooting, 6 boards, 5 assists). Zach Randolph hit the 20-point mark for the first time this season and kept his double-double streak alive. Quincy Pondexter hit from both corners and added another, joined by Jerryd Bayless to continue the bench's three-point production. Mike Conley and Marc Gasol were not quite as good as they have been, but Conley was in control (7 assists to 2 turnovers) and was again solid defensively, while Gasol closed the door late with a showoff-quality post score and a touch pass to set up a Randolph lay-up when the Thunder had been building momentum for a final push.

It also felt like a confirmation of what I expected going in: With the Grizzlies' improvements and the Thunder's trade of James Harden, I think the Grizzlies are now legitimately the better team, at least unless Kevin Durant (34-10-5) or Russell Westbrook (17-6-13, but on 6-19 shooting) explode. They're both more than capable, but they couldn't carry what has become an otherwise ordinary team in this one.

At the end, there was a bit of an on-court disagreement between Randolph and Thunder center Kendrick Perkins that got each ejected and, per on-the-scene Twitter reports, culminated in some sort of confrontation after the game. At the 17-second mark here, Randolph makes an audible promise (credit @HPbasketball):