The Lead: This one fit the pre-game profile: A hard-fought, low-scoring slugfest between two elite defensive teams with middle-of-the-pack offenses. 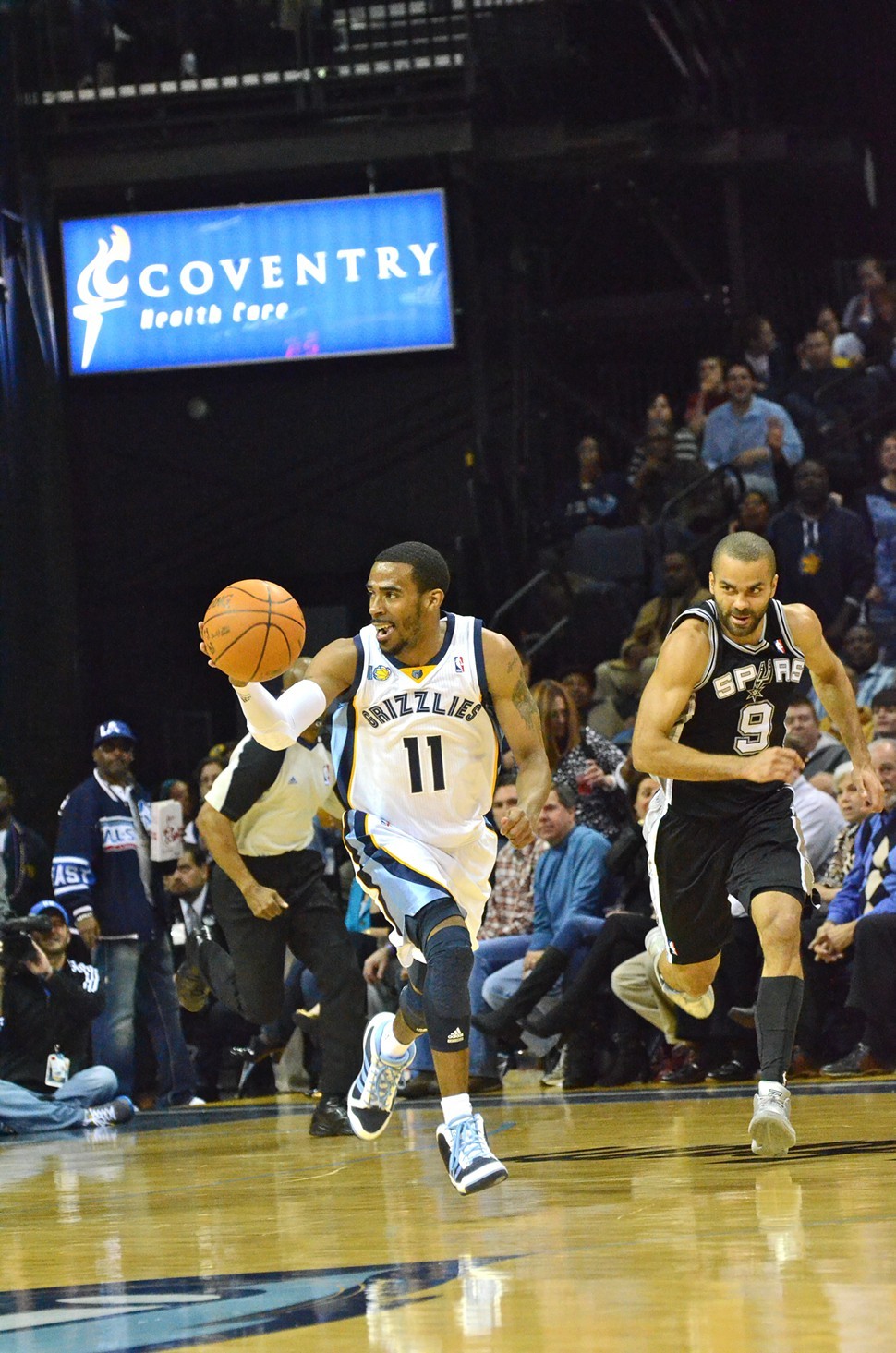 The Grizzlies haven't allowed an opponent to top 100 points since their opening-night loss to the Los Angeles Clippers and the 71 they allowed the Bulls tonight is a season low for a Grizzlies opponent.

For the Grizzlies, some of their offensive struggles — 19 turnovers, 38 shooting — were familiar from last week's losing streak, but when asked how much of that was a continuation of recent problems, Lionel Hollins answered “None of it.”

Hollins instead credited the Bulls defense, and I think I agree. So, while recent offense trends are concerning, I'm giving the team a pass on this one.

"I don't know what fans think, but for a coach this was a good basketball game," Hollins said. "A good, hard-fought game from both sides."

The Grizzlies used a much-needed bench boost to overcome a terrible offensive start and take a small lead into the half. In the second half, Mike Conley's playmaking (10 points and 4 assists) and Zach Randolph's rebounding (9 of his game-high 15) helped the Grizzlies maintain control.

Man of the Match: One potentially decisive trend that went the right way for the Grizzlies in this one was the play of Mike Conley, whose turnovers tended to correlate with team success this season. Conley had only 2 turnovers against the Bulls, while scoring a game-high 17 points on 6-12 shooting and quietly dominating his match-up with Bulls point guard Kirk Hinrich.

Hinrich, who scored 4 points on 2-8 shooting and fouled out in 31 minutes, couldn't contend with Conley's speed. Conley got into the lane for floaters and scoop shots, raced to loose balls, shot out in transition, and darted along the baseline to find Zach Randolph for a second-half dunk that was the play of the night.

Nightly Number: The only time all night either team got into a consistent offensive groove was in the second quarter when the Grizzlies bench turned the game around. After Jerryd Bayless and Quincy Pondexter hit back to back threes to cut a nine-point Grizzlies deficit to three, Wayne Ellington had a mini-eruption, hitting back-to-back-to-back threes with an 83-second span. That 28-point second quarter allowed the Grizzlies take a lead into the half.

When the Grizzlies get this kind of shooting off the bench, it's a lot easier to think of them as a legitimate contender. As for the erratic Ellington, his “tale of two halves” against the Bulls is instructive. In the first half he operated primarily as a spot-up shooting and scored 11 points on 4-5 shooting, all jumpers, without a turnover. In the second half, with the Bulls not allowing the same comfortable looks, Ellington was forced to put the ball on the floor more and try to create, going scoreless in eight minutes on 0-2 shooting with two turnovers.

The Match-Up: Small forwards Rudy Gay and Luol Deng are their teams' respective leading scorers, but neither could get into any kind of groove tonight. Gay was absolutely abysmal in the first half, going scoreless on 0-6 shooting, including some wild shots and lousy turnovers. But Gay hit his first two shots in the third quarter and rebounded with a solid second half. Deng was bad all night, to the tune of 4-17 shooting.

Tweet O’ the Game: Zach dunked on two people and I had to check the replay before making the call! Hahaha! Get 'em, ZBO! — @RickTrotter

Arena Action: The team observed 27 seconds of silence tonight in remembrance of Friday's gun-violence victims — Memphis police officer Martoiya Lang and the 26 who were killed in Newtown, Connecticut.

Afterwards, Memphis-bred and Nashville-based musician Drew Holcomb sang the anthem. Holcomb has some NBA experience, winning an Emmy for the use of his song “Live Forever” in the GREATEST AD EVER:

Where They Stand: The Grizzlies improve to 16-6 and remain in fourth place in a brutally tough Western Conference.

Looking Ahead: The Grizzlies will host the Milwaukee Bucks on Wednesday night in a game that will be broadcast on ESPN. The game tips late, at 8:30 p.m.