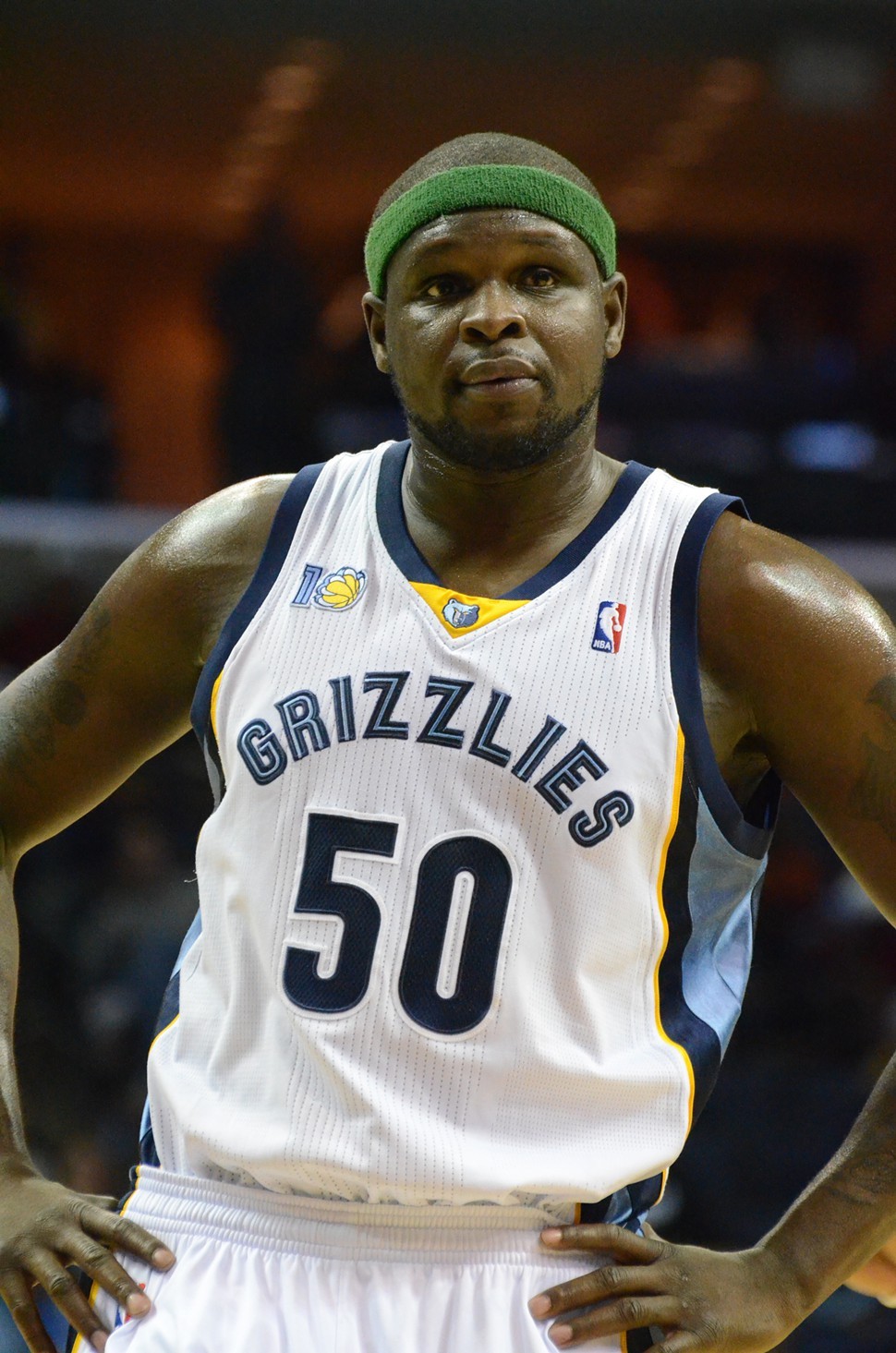 Grizzlies vs. Bucks: Treading Water in a Sea of Tanking

Tonight, in the fourth game of their preseason, the Grizzlies take the court against a Milwaukee Bucks team that's in a transitional period, one that finds them uncertain about the way their team is built but still probably good enough to make the playoffs in a top- and bottom-heavy Eastern Conference.

There is one new Bucks player who is making waves, though: rookie standout Giannis Antetokounmpo. He's made a splash in three preseason games so far for the Bucks, scoring and rebounding and generally looking like a guy who's going to make a name for himself in the upcoming season. It doesn't hurt that he's already picked up a pretty great nickname along the way: "The Alphabet."

Of course, I'd be remiss if I didn't mention another new face on the Milwaukee bench, one who will be familiar to Grizzlies fans: former Grizzly O.J. Mayo signed with the Bucks over the summer, as they looked to strengthen their roster and fill the hole left by the departure of Monta Ellis for Dallas. I found it pretty funny that Mayo, whose name was always brought up in trade rumors involving Ellis while he was in Memphis, ended up essentially taking Ellis' place on a Bucks roster that, on the face of it, doesn't make a whole lot of sense. Brandon Jennings is gone, replaced by Brandon Knight (who survived this attempt on his life by DeAndre Jordan last year). They signed frontcourt standout Larry Sanders to a long-term deal.

In a year in which many teams that would normally be happy to be fringe playoff teams are frantically trying to implode their rosters in a race to the bottom of the draft lottery—in an attempt to cash in on this year's loaded draft class, presumably—the Bucks seem to be... sort of rebuilding and sort of just shuffling around players in an attempt to tread water as an 8th seed, a position that got them into the playoffs with a 38-44 record last year, but not exactly a position from which to build a championship-contending small market team out of spare parts.

In a league in which the "smart teams" are all trying to follow the Sonics/Thunder model of being terrible for several years in order to stockpile lottery picks and then get the most value out of them before turning them into more draft picks, the Milwaukee Bucks seem to simply be trying to tread water and make the playoffs every year. It'll be interesting to see whether that approach works out for them this year. My suspicion is that it will, since every other team in their vicinity (except maybe the Raptors) will be attempting to plummet to the bottom of the Eastern Conference standings like Operation Dumbo Drop.

Matchups to watch for: assuming Tony Allen plays, he sure loves shutting down O.J. Mayo (even in fistfights on the team plane). Also, if preseason trends continue and Ed Davis is going to play a lot of minutes, it should be interesting to see what happens when he and Larry Sanders ("Hey now!") are on the court at the same time.

ESPN's Preview, Z-Bo, and You

Elsewhere on Planet Grizzly, yesterday ESPN posted their 5-on-5 preview of the upcoming Grizzlies season and had some prognostication regarding everyone's favorite ground-bound power forward that were more negative than I felt like they should have been. To a man, the five guys on the panel (Kevin Arnovitz, D.J. Foster of ClipperBlog, Darius Soriano of Forum Blue and Gold, Amin Vafa of Hardwood Paroxysm, and Jack Winter of WarriorsWorld) all had something to say along the lines of "Zach Randolph will be replaced by Ed Davis this year." (Paraphrasing, of course.)

I don't know that that's necessarily the case. I certainly see it as a possibility, but I don't think it's a certainty. Randolph has a $16.5 million player option after this year, one that would certainly weigh down the Grizzlies and dramatically limit their options next offseason. But there are still scenarios in which Randolph remains in Memphis—albeit perhaps in a more limited role going forward—for the long term. This specific contract idea came up in a Twitter conversation yesterday with Chris Herrington of the Commercial Appeal and Matt Hrdlicka of Grizzly Bear Blues. If Randolph doesn't pick up that $16.5mil option, but instead signs with the Grizzlies for a front-loaded deal of three years, $30mil, he could get one more big contract, same the team money next year and still make more money long-term than he might if he takes the $16.5mil—which could force the front office's hand and make them have to get rid of him just to be able to make moves next summer—and then tests his value on the open market.

Randolph is certainly on the downslope of his career. There are some signs that his decline has already begun, but he's also still very capable of playing at a high level. He led the league in offensive rebounds last year. He made the All Star team last year, and then carried the team through large stretches of the playoff series against the LA Clippers, continued to be a primary scoring threat and all-around tough guy against the Westbrook-less Thunder, and fought valiantly against the Spurs even though he was completely swamped every time he touched the ball, trying to operate without even the tiny slivers of space normally afforded him by last year's Grizzlies offense. None of that is to say that he's going to be able to play that way forever, or that his current level of production is commensurate with the amount of money the Grizzlies are paying him in this post-lockout CBA era.

Obviously age is the primary factor here, and time is not on Z-Bo's side. But if he can transition his game into more of a supporting role, if he doesn't pick up that player option (and that's a big "if", because $16.5 million is a lot of money; my gut tells me the only way he doesn't pick up the option is if the Grizzlies offer him more money over more years in its place), and if the Grizzlies organization feels like he can contribute in a way that makes him worth keeping around for another long-term (three or four year) contract, there's no reason Z-Bo won't still be here.

That said, I certainly don't think it's beyond the realm of possibility that Randolph's days as a Grizzly are numbered. But I don't think his trade value is high enough, nor do I think Ed Davis is anywhere near proven enough, for it to be a foregone conclusion that Randolph is gone and Davis has already earned his place in the starting lineup. There are certainly scenarios in which Z-Bo stays around—scenarios that make sense beyond sentimental "but we love Z-Bo" reasons.