NBA Draft 2015: How I Learned to Stop Worrying and Ignore the Draft 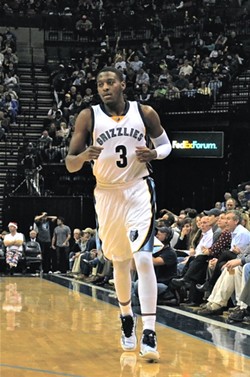 I don't think it's any secret around these parts that I'm not what one might call "a draft guy." I don't spend the months between the NCAA tournament and the draft lottery poring over film of college players and young international standouts trying to divine what the Grizzlies should do with the 25th pick. (Though, to be fair, at least they have a first-rounder this year.) But I always felt bad about it, like I was incomplete as a watcher of the NBA because I didn't also (1) watch a ton of college ball and (2) have an opinion about the future star potential of any and every pro prospect heading into the draft.

This year is different, for three reasons. This year I've finally learned to let it go and watch the draft from a little bit of a distance, and not feel like I've failed as an NBA-watcher for just not being that into it. Here are those three reasons:

1. The Draft is almost never about this year.

Repeat after me: "hoping the Grizzlies draft a shooter who can be a meaningful rotation player right away is stupid." Whoever the Grizzlies pick on Thursday night, whether they use their 25th pick to draft a player or trade out of the first round to pick up multiple second-round picks, that player probably won't matter a whole lot next year, for two reasons:

So, whoever they draft, it just isn't going to matter that much next year, unless they draft someone who can immediately step in and be the backup center after the Grizzlies have to replace either Kosta Koufos or Marc Gasol, and that seems exceedingly unlikely.

The Grizzlies commentariat seems mostly to accept this as fact (because they're all intelligent, rationally-oriented people for the most part) but I wonder about good ole Grizzlies Twitter; at the 25th pick it's probably a better bet to take the best player available than to draft based on need in general, but especially based on immediate need. 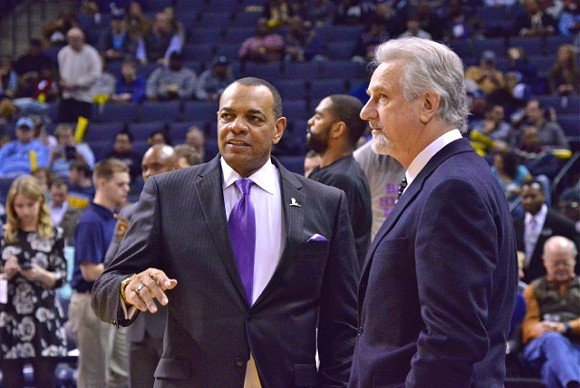 After the Grizzlies' front office shakeup last summer, which left Chris Wallace as the man in charge, we still don't have a very clear picture of the Grizzlies' decision-making processes. Wallace, John Hollinger, and Ed Stefanski are all in basketball ops/player personnel roles, and they all presumably report to Robert Pera, and there's also Mystery Man Grizzlies Director Joe Abadi in the mix, who may or may not have a say in basketball decisions (I know there are people who know, but I'm not one of them).

Around last year's draft, it became apparent after the Jordan Adams pick was made that Wallace et al. would have preferred to select Rodney Hood with the Grizzlies' pick, and Hollinger wanted to select Jordan Adams. In the end, Adams was the selection, and everybody seemed to be on board with it, though whenever Hood had a good game (which was fairly often because he (1) was on a bad team for most of the year before Utah put it together and (2) played over four times as many minutes as Adams, not that I'm bitter) it seemed to crop back up that the Grizzlies hadn't selected him.

This year, we've heard some things about Jarell Martin, and it's pretty clear that Wallace in particular really likes him, but we don't know who else likes him, and we don't know who else other key members of the Grizzlies' basketball operations staff would like to draft. Without knowing who is actually going to be making the final decision—presumably Pera, but by whose opinion will he ultimately be swayed?—it's hard to predict what's going to happen with the Grizzlies' pick because we don't really know whose guy is going to be the one chosen.

I'm generally of the opinion that Hollinger is the guy who should be driving on draft night, but there's been so much turnover in the Grizzlies' front office and scouting operations—the Barones are gone, Heisley isn't going to push for Thabeet, etc.—that I don't think we really have much of a track record by which to make assumptions about what's going to happen Thursday night.

3. The 25th pick is probably more valuable as an asset to a team "in the window."

Here's the third reason I have a hard time getting worked up about who the Grizzlies are going to draft on Thursday night: the Grizzlies have holes to fill that a player drafted this year isn't going to fix, but they don't have a first rounder next year (due to the Marreese Speights/Wayne Ellington/Josh Selby salary dump that brought back Jon Leuer from the Cavs in 2013) and they don't have one in 2018 (due to the Jeff Green/Pondexter/Prince deal from this winter). They've got to get young players who can play from somewhere, and thus they've got to use this pick on somebody now who is worth something.

It doesn't really matter who they pick as long as it's somebody who can be developed into a real, live NBA player, because they're not going to get many chances to get those in the next few years, but by the same token, that player (and/or the pick used to select him) may be more valuable to the organization as a piece that can be used to land a future player than as what it is in itself. 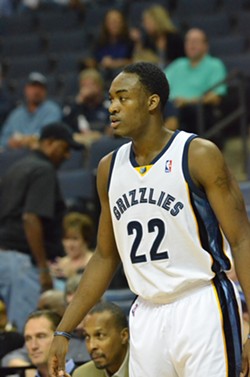 Remember the Houston Rockets team from two or three years ago that had, like, seven small forwards on the roster? And the way everyone mocked Daryl Morey and the Rockets for playing Moneyball and putting together a team that didn't make any sense? Well, they went from seven small forwards to having James Harden and Dwight Howard. In retrospect, stockpiling decent players on decent contracts seems to have been a pretty good strategy, even though not a one of those players is on the Houston roster anymore.

So, as long as the Grizzlies get somebody who can be a good player and actually develop him instead of failing to develop yet another late-first-round talent, yet again, it doesn't really matter that much who they pick.

The Griz are in a strange position right now. They've got an aging core of players (Conley/Gasol/Randolph but also Tony Allen and now Jeff Green for next year) who could cross over the tipping point into Not Good Anymore at any point—especially Randolph and Allen. Assuming Gasol returns (and if he doesn't, most of this becomes moot because the Grizzlies could either try to rebuild in place with Koufos as the center or potentially go into nuclear meltdown tankopolis mode, though that seems fairly unlikely to me) they're going to have to retool this team around Conley and Gasol going forward, and do it without a whole lot of wiggle room.

That makes it vital that they have enough assets to make the moves they need to make without having to just flat-out spend for them. And that makes this draft important... but it also means that it's more important that they not pick somebody who sucks than that they pick the "right guy."

Grizzlies fans have been shellshocked ever since the Thabeet pick, and endured years of watching fair-to-middling young players come to Memphis, get crushed under the heel of Lionel Hollins, and then sent elsewhere to play well. (DeMarre Carroll, anyone?) There's a certain fatalism surrounding any Grizzlies draft: "What does it matter? They're going to trade him anyway." In that sense, that attitude is incorrect; it's tremendously important that the Grizzlies get someone and not just burn a year of his rookie deal letting him hang out in a cool Des Moines apartment and play XBox with Pierre Henderson-Niles. But as for obsessively watching who's going to be available when the Grizzlies finally get called to pick at the 25th spot—assuming they don't have some monster trade up their sleeves to move into the lottery picks, though I don't know what that would be—I feel pretty justified in not doing it.

The draft is serious business. That's why I ignore the draft.