The Grizzlies have (finally) announced their opening night 15-man roster, and it doesn't include their 2014 first round draft pick Jordan Adams. The team announced that Adams and Matt Costello were waived, and Troy Williams was signed over the weekend, so now the Grizzlies' roster looks like this: 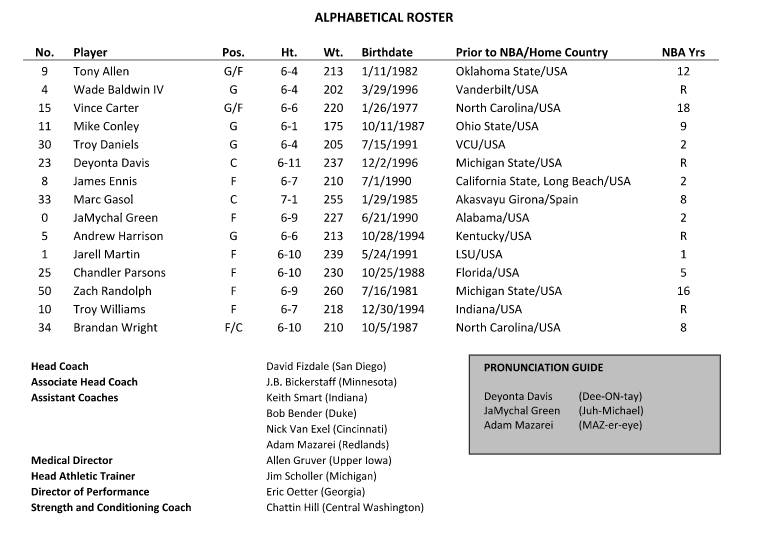 Adams' release is a predictable end to a sad story. Vince Carter included Adams' Twitter handle in a reference to players who were cut over the weekend, but the tweet was later deleted, and it was only the latest in a long line of signals that Adams' future with the team was in doubt.

After only seeing 250 minutes of playing time as a rookie (far fewer than Rodney Hood, just for the record, so that comparison will forever be a "what if") and never having a chance to find his footing in the NBA game, Adams was then sidelined for almost all of last season with one injury after another, and as recently as media day (the last Monday in September) was hoping just to be able to get back on the floor this season. Now, if he does, it won't be in Memphis. With any luck, the new Grizzlies' training staff and new focus on player development will keep these sorts of things from happening in the future, but sometimes guys get injured. Keeping him on the roster as a sunk cost didn't make much sense given the strong showing Troy Williams had.

It remains to be seen if any other moves will be made, with the backup PG situation still a little questionable, but as it stands, these are the guys with whom the Grizzlies are rolling into the season.