The Grizzlies beat the Suns badly last night—so badly, in fact, that the young guys on the end of the Suns bench almost started a fight in the last minute when Troy Daniels hit one too many extremely awesome long bombs right in their faces.

Let's be clear, though: The Grizzlies were barely paying attention, listless and half-hearted, able to keep the Suns at a double-digit distance but not playing hard enough to really blow them out until garbage time. Brandan Wright looked good, a promising recent development. Vince Carter was out resting (he's been doing a lot of impressive things on those 40-year-old legs lately, so it was a well-deserved night off). Chandler Parsons played 24 minutes, so he's got that going for him. It was a lopsided game against a team that clearly has no idea what they're supposed to be doing on defense. Here's a slideshow. 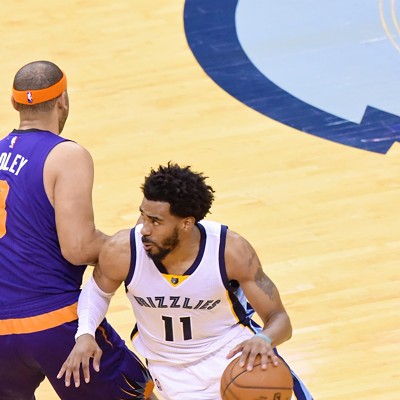