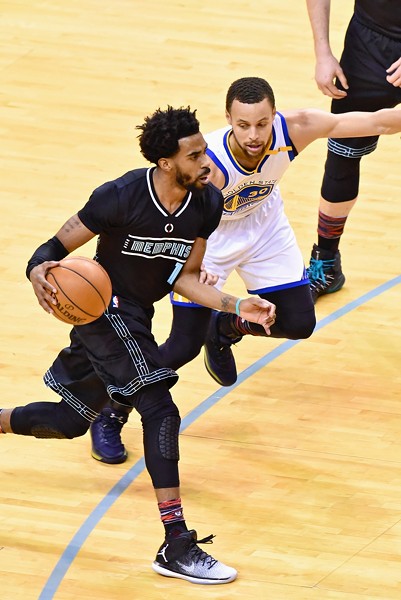 The Warriors rolled into town on Friday night fully mindful of the fact that the Grizzlies were the team to hand them two of their eight (!) losses on the season. Even with Kevin Durant making his first return to Oklahoma City the following night, Golden State took to the floor with a focus not yet seen in the two previous matchups between these two—to me, the improvement in the way they defended the Grizzlies was even more impressive than the way they moved the ball and created good looks at the basket—and once the second half started, there was little chance the hometown team would be able to pull out a win.

As it stands, fans should probably be OK with that. The Grizzlies weren’t “supposed” to beat them either time, much less wipe the floor with them (as in the first matchup) or come back from down 24 to steal one in Oracle Arena (as in the second). There’s a sense in which Friday night’s game was the Grizzlies playing with house money. But that’s not really an excuse for the lack of focus we saw.

This year’s Griz seem to be more dependent on focus than any other factor. Everything they do is determined by whether they’re mentally engaged in the game at hand (and this is maybe more true of Marc Gasol than it is the rest of the team, but it applies to all of them). Last night, there was no focus on defense. The game started with the Griz losing Klay Thompson in transition several possessions in a row, getting him in a rhythm he wouldn’t lose (he finished with 36 points on 13/23 shooting, including 8/15 from 3). On the other end, the Grizzlies turned the ball over 18 times in the game, but 12 of those were in the first half. Some of this was Draymond Green’s ridiculous performance—Green had a triple-double despite only scoring 4 points: 12 rebounds, 10 assists, and 10 steals. The rest of it was carelessness with the ball,

and a lack of execution. Because the Warriors were playing well defensively, the first option on a given set the Griz were running often didn’t work out, and when it didn’t, everything fell apart. The ball stopped moving, the play broke down, and often someone forced a shot or tried to take on three Warriors in the restricted area.

I’m not reading too much into one loss. It was a bad night for the Grizzlies, a night on which they might have been able to beat the Suns (as they did again on Wednesday) but not a Warriors team playing at or close to the peak of their abilities. The Grizzlies’ current state, in which they’re still integrating “new” pieces into the rotation (a Chandler Parsons who was out with a “planned recovery day,” Brandan Wright, Toney Douglas, who is apparently going to get all of Andrew Harrison’s minutes as long as he’s on the roster, et al.) and not really sure what to do on a night-in, night-out basis, is not conducive to playing the league’s top teams. They were better at that when they only had nine players available. 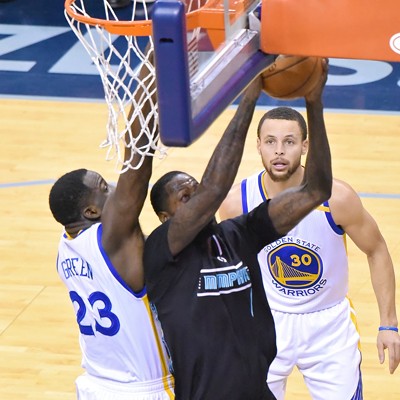