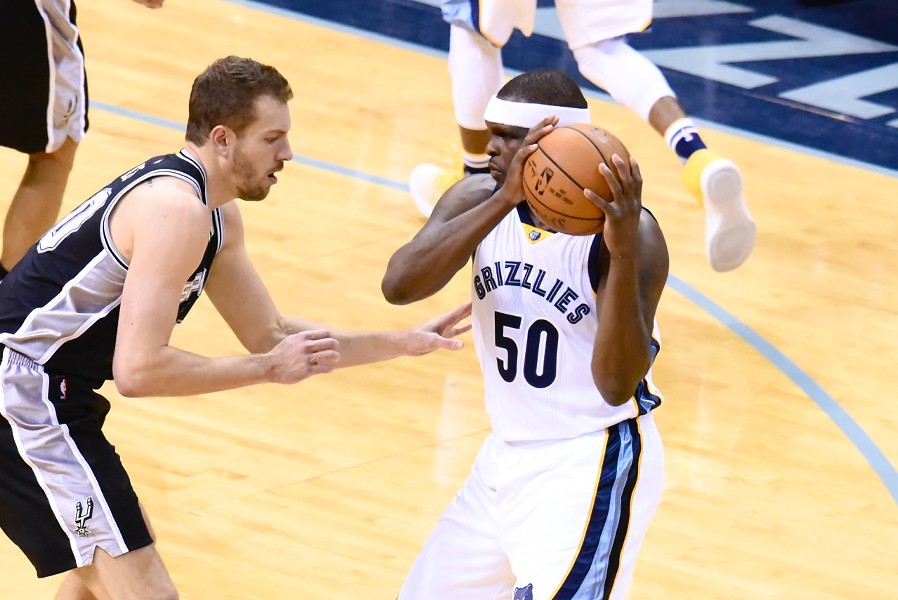 The Grizzlies’ 2016-17 season really ended on one San Antonio run with five minutes left in the game. One stretch where they couldn’t stop Kawhi Leonard and the rest of the Spurs’ shooters from hitting shots they’d been making in Games 5 and 6, and then they were done until September. But that was par for the course in this series, which many (myself included) thought would be much less of a contest once Tony Allen went down for good in the last game of the regular season.

But now, the Grizzlies are in a familiar place: they gave a better team all they could handle in the first or second round while missing one (or more, if you count Chandler Parsons, which I do) of their best players, and now their season is over. This was a quietly weird year, even as it followed the familiar contours of the Grit & Grind era: the offseason dedication to modernizing the way the team plays (except this time, under David Fizdale, the team actually bought into this and it mostly happened); the streak of wins against the best teams in the league; the “injury” stretch where the team is down to a single-digit number of players and still wins; the mysterious lack of effort from the opening tip in winnable games down the stretch; the absence of Marc Gasol from games in which he should be a factor; the presence of Marc Gasol as an MVP-level basketball player when he well and truly feels unguardable.

This was a new year, with new faces, and was supposed to be the start of a new era, but in a lot of ways it was more like a transitional phase, a bridge from one thing to the other. That came through in the playoffs when Mike Conley was going toe to toe with Kawhi Leonard and the Grizzlies were making more 3’s than San Antonio and winning through tough defense with TA in a suit. At the same time, it felt more familiar than ever, yet another variation on the myth as it passes down through the generations: Zach Randolph in the starting lineup bullying the Spurs to win a couple of playoff games. Growl Towels waving furiously as the home team attempts to withstand a furious takeover by the other team’s star player. The mascot choke-slamming people through tables. There are resonances, echoes, rhymes. This year is just like all the others.

Maybe that’s why, right now, none of it resonates emotionally on the same register as past years. It’s simply happened one or two too many times the same way. But what to make of that?

I thought it was going to be over in four games, maybe five. I thought without Tony Allen to slow Kawhi Leonard on the perimeter, the Grizzlies didn’t stand much of a chance. I was wrong about that, and I’m glad, because even though it didn’t go the Grizzlies’ way in the end, this was yet another in the incredible run of cardiac playoff battles this team has been through. Game 4 was very probably the best playoff game I’ve ever been to, from a basketball-only perspective.

Ultimately the Grizzlies just never had the weapons to break the series open, especially on the wing. Missing the two best players in that rotation (and I’m not even ready to think about how good this team would’ve been with Parsons—certainly good enough to avoid the 7-seed altogether), they never got the production from those spots necessary to supplement the inexorable Spurs shutdown of the paint. They’re like kudzu, these Spurs. Eventually they choke out everything tall, everything trying to come up in the restricted area. When James Ennis, Wayne Selden, and Vince Carter couldn’t reliably produce 20-25 points between the three of them, the uphill climb became that much steeper.

That’s nothing new for these Grizzlies, but that doesn’t matter, not against the Spurs. After the game Marc Gasol said something about how tough the playoffs are, because by the end of the series the team you’re playing is specifically attacking the things you’re bad at. “It’s like the final test,” he said, “and either you know it or you don’t.” The Grizzlies moved the ball and shot the ball better this year than they ever have, and it still wasn’t enough. One can only hope that wing rotation is the team’s main focus this summer (again) while Parsons rehabs, so that next time, they’re able to rely on scoring at those positions when they need it. 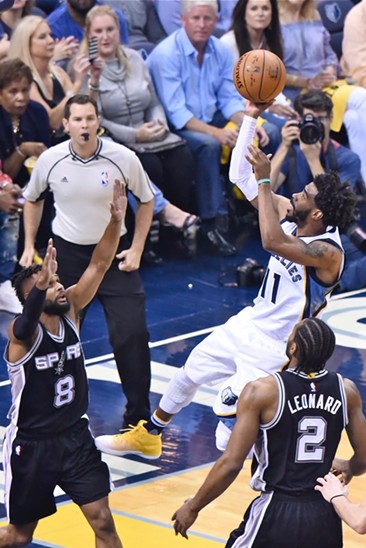 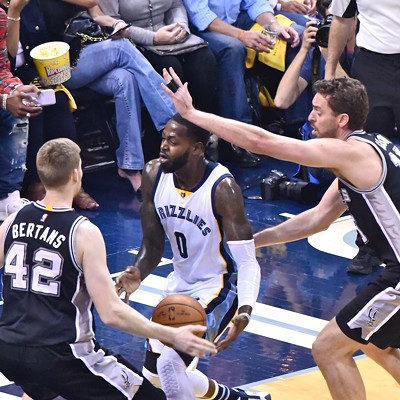 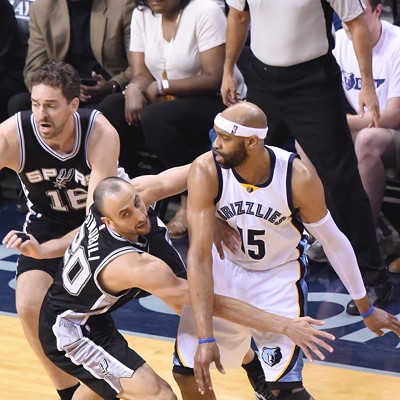 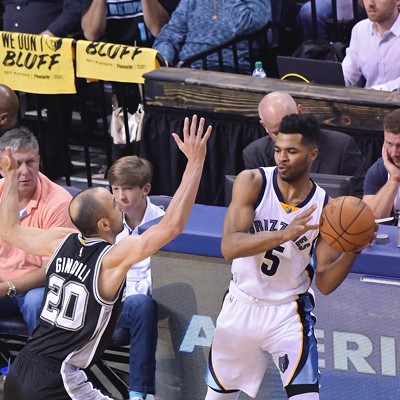 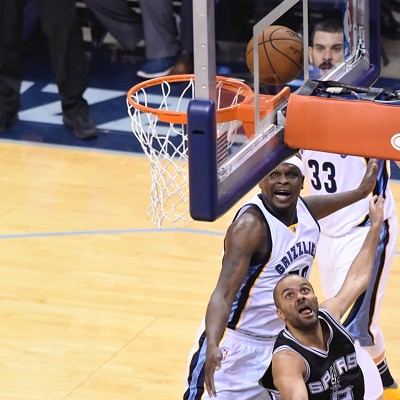 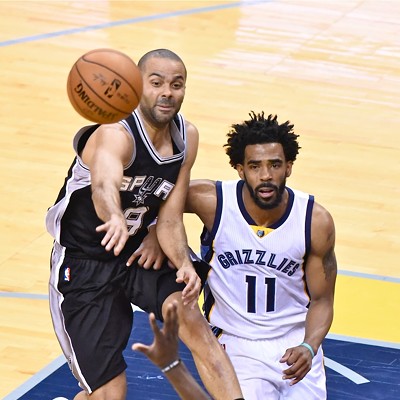 It was great to see Zach Randolph starting and playing aggressive basketball this series, but there was really only one star of the series for the Griz, and that was Mike Conley. He’s been good for a long time, but under Fizdale (and assistant Nick Van Exel, to whom Fizdale gave a great deal of credit for Conley’s growth), he’s been unleashed. Coming into the season, Marc Gasol was the sole captain and it was his team. That doesn’t seem to fit with reality anymore, as Conley hit big shot after big shot and played the best basketball of his career to keep the Grizzlies in the series. 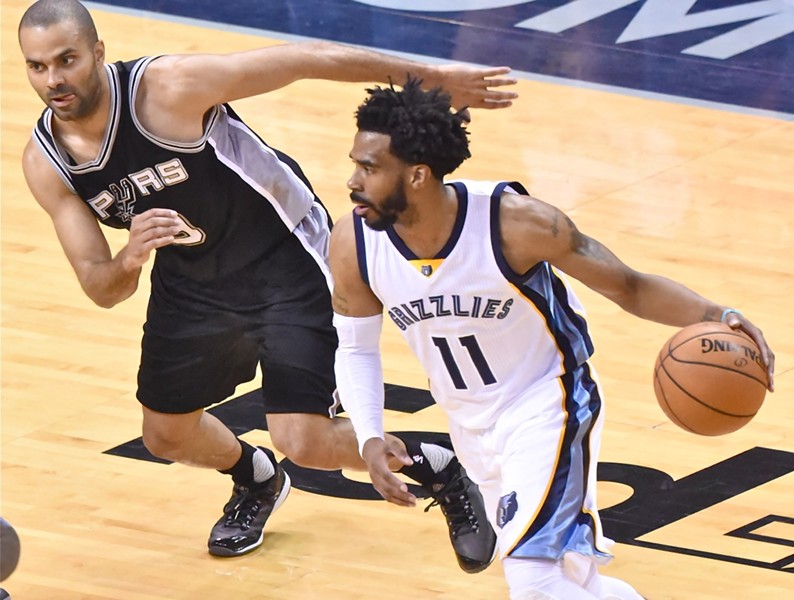 This is his team now, no question about it. This series, on the national stage, is where he proved why he got such a big contract this summer: because that’s the kind of money you pay to keep the best player on your team. What that takeover means for the Grizzlies, and their pecking order, and their plans for the future (Conley is 30, after all, and age is usually not kind to smaller guards), remains anyone’s guess. But in this series, Mike Conley became the Grizzlies’ undisputed alpha, in a way that we always thought maybe he could, but were never quite ready to believe.

Obviously, the dissection of the 2016-17 Grizzlies has only just begun. I won’t write another 4000-word rant about the Communist Manifesto about how Sports Content leads to more Sports Content; you can read the last one and get back to me. But I do think there are a few little things to say right now:

★ It sounds cliche, but if they’d played hard in a few of the dumb losses, they’d have played the Rockets in the first round. I don’t know that that’s a better matchup, but it wouldn’t have been the Spurs.

★ I’m amazed that rookie players played so much this year. During the ill-advised Toney Douglas days, that seemed like a myth, a brief phase passing in the night, but Fizdale but his money where his mouth is and played Andrew Harrison and Wayne Selden as critical pieces of a playoff rotation, and didn’t get swept because of it. That’s a great sign for the future development of the Grizzlies, because players only get better by playing NBA basketball.

★ I’m not sure where they go from here. “Blow it up,” the grumpy fan’s refrain all year long, seems to be off the table given the way they conducted themselves in the postseason, but one never knows. It seems like there are multiple paths forward without tearing the team to the ground, and to me it’s much more likely that they avoid that route if possible.

★ It’s a shame that Tony Allen wasn’t on the floor for what might have been the last Core Four playoff run. That will never not be a shame. It’s sad that this era (Allen and Randolph are both free agents this summer) might have ended without an insane series-saving defensive stop, but rather with a limp to the locker room early in a dumb game. No way around that.

No matter what happens, and no matter how frustrating this year has been, and how much it sometimes feels like the Grizzlies are on a Hawks West trajectory that leaves them in the first round on a treadmill every year, this is still a special time for this team, and for Memphis as a whole.

There were reasons to doubt this season, maybe more than there ever have been: The Western Conference was not very good at the bottom this year, and that might be the only reason they even made the playoffs. Sometimes you need luck to keep an improbable streak going. But no matter what, this is a special team and a special run of seasons, and if the faces are different next year, it may have just passed us by without our knowledge. How’s the Rush song go? “Experience slips away.”

Even still, there is a pride around this team, and around this series, that is undeniable. As stunned as they were by their own elimination last night, every Grizzly player interviewed said they left everything on the court—that there wasn’t any more effort they could have given. And ultimately, isn’t that what we mean by Grit & Grind? Knowing the task is impossible but charging into the breach anyway? This season has been one of reflection, but let’s not get carried away eulogizing it. This was a great playoff series, and the Grizzlies did the best they could with what they had on hand, imperfect as it was—and they decided to make it as physically punishing for the other guys as they could on the way out the door. If that’s not “Memphis,” I don’t know what is.