NBA Draft: Grizzlies turn nothing into something in 2nd round

The Grizzlies didn’t have any picks heading into last night’s NBA draft, but the consensus was that they’d be active in trying to move into the second round to take some chances on players they thought could develop into NBA assets. That’s exactly what they did, swapping Brooklyn’s 2019 second-rounder to Orlando to draft Ivan Rabb 35th and and trading one of their 2018 seconds (they had three before last night) to Houston to draft Dillon Brooks 45th.

It’s the classic Grizzlies move in the Chris Wallace era: grabbing guys who were highly-rated prospects in high school who have somehow fallen out of the first round. Rabb is a forward who really struggled to prove his NBA bona fides after returning to Cal for another season, and it seems like DraftExpress isn’t really sure what to make of him. As for Brooks, he’s a good wing scorer, though mostly in isolation situations, and decent young wings are exactly what the Grizzlies need to be cultivating down in Southaven.

To be honest, I’m not convinced either of these guys will be a good NBA player for the Grizzlies, but I’m not sure they gave up anything valuable enough to get worked up about to acquire them. The Brooklyn pick could be valuable in the future, but it’s unlikely that it would be much more than “#35 in a deep draft,” which is what the Griz front office turned it into last night. The decision to draft Rabb over Jordan Bell may come back to haunt the Grizzlies (the Warriors paid $3.5M for the ability to draft him), but it’s hard to lose much sleep over anything that happens in the second round. 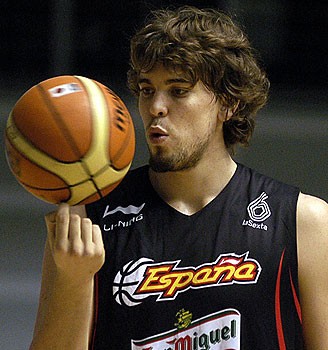 By the same token, though, last night mostly just reminded me of how the Grizzlies got in a situation of having no picks in the first place: a 2013 salary dump sent out this year’s first, and the 2019 first round pick is still owed to Boston from the deal that brought Jeff Green to Memphis. Grabbing value guys in the second round is great, but it’s no substitute for having your own picks and drafting well.

The Grizzlies have shown in The Second Chris Wallace Epoch (2014-present) that they are great at creating positive moves on the margins. These guys may turn out great. The real things that matter this summer—free agency, where they’ll have to make decisions about JaMychal Green, Zach Randolph, and Tony Allen—haven’t happened yet, and I’d argue that things have to go rather badly in that period for these second round guys to matter much for the Grizzlies in the upcoming 2017–18 season.

For the Hustle, of course, it’s a different story. These guys will be the first crop of young players brought in to the Hustle team with the opportunity to practice and work out around the Grizzlies, and to benefit from the cross-pollination afforded by having both teams in the same place. One gets the feeling that if they turn out to be as good as Andrew Harrison, playing meaningful minutes in a playoff series and not being bad, that’s a success. In that light, last night was a success. Whether it matters for the Big Bears and not the Little Bears, we’ll see.