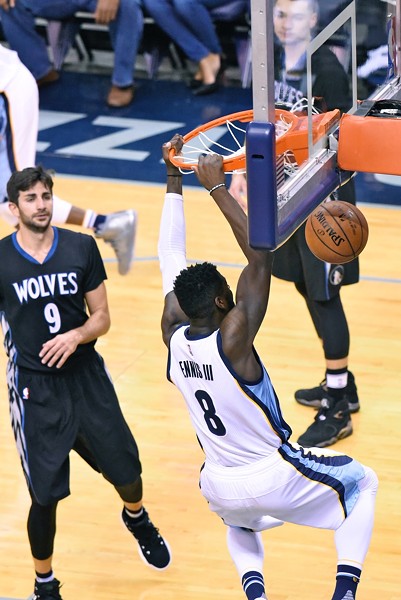 According to Adrian Wojnarowski of ESPN, the Grizzlies have traded forward James Ennis to the Detroit Pistons for Brice Johnson and a second-round pick:

More on this as it develops. Ennis has been inconsistent but also underutilized since coming to the Grizzlies for the second time under David Fizdale (after not playing at all under Dave Joerger before being cut so the team could sign Ryan Hollins for the fourteenth time). I like this pickup for the Grizzlies if they'd decided to move on from Ennis: it gives him a shot to impress another team and maybe help them make the playoffs, and the Grizzlies get an asset back instead of losing him.

No word yet on other trades brewing for the Grizzlies, but rest assured, the phone lines are busy league-wide.