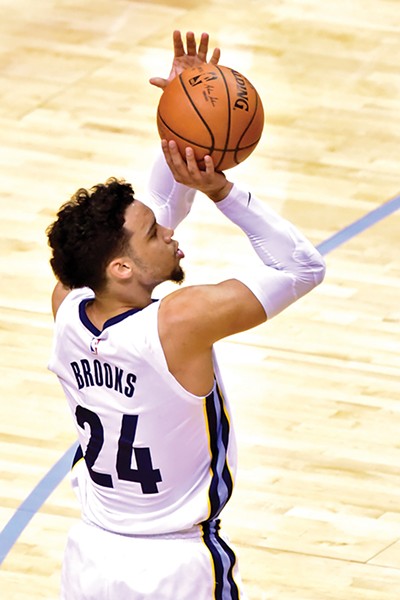 The ping pong balls were not the Grizzlies' friends on Tuesday night, as they secured the 4th pick in the 2018 NBA Draft in the lottery on Tuesday night. The Grizzlies finished the 2017-18 season with the 2nd worst overall record in the league, which gave them the second-best odds at picking #1 overall, but that's not how it worked out. The top 5 picks in the draft will be:

Given how bad the Grizzlies' season was, it's a little hard not to be disappointed with a pick that's worse than the Grizzlies' record—especially given the fact that they won some close games down the stretch to climb out of the worst spot, surrendering it to Phoenix late.

But. The top four of this draft is solid. Between Deandre Ayton, Luka Doncic, Marvin Bagley, and Jaren Jackson Jr., as long as the Grizzlies don't press their luck and reach for a guy like Michael Porter (who missed most of his year at Missouri due to injuries, which probably makes the Grizzlies want to offer him a four year max) or Mohamed Bamba (a project shot-blocking big with a very limited offensive game), they should be fine. Should be. But picking outside of the top 3 after the dismal season the Grizzlies just had makes this writer a little uncomfortable given the Grizzlies' poor drafting in the Chris Wallace era.

Fourth is better than fifth, but the Grizzlies had better get this one right.