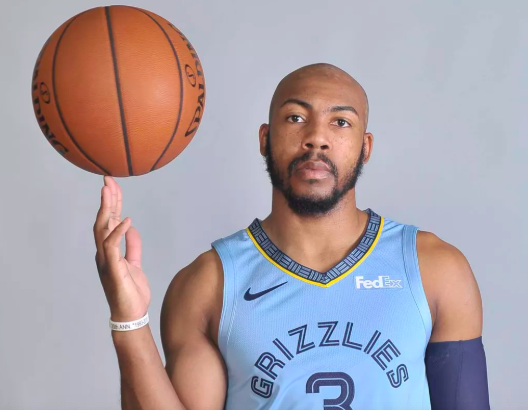 Somewhere in the middle of a 100-97 loss to Miami on Friday night and a 105-97 loss to Houston on Saturday, the Memphis Grizzlies managed to be involved in a botched three-way trade. The now infamous deal that never happened included Memphis, Phoenix, and Washington, with the butt of the joke being that the Suns were expecting to receive Dillon Brooks from the Grizzlies instead of Marshon Brooks. Washington was the mediator of the trade and supposedly relayed the wrong Brooks to Phoenix. After Marshon Brooks and Wayne Selden were told they were traded, they were later pretty much given a “my bad, bro” by Grizzlies GM Chris Wallace, as the deal was basically dead after the miscommunication was discovered.

Also, somewhere in the middle of the weekend's two losses, was the debut of Grizzlies rookie point guard and second-round pick Jevon Carter. Carter has gathered a bit of a groundswell from fans that were calling to at least see what the team had in the former West Virginia Mountaineer. This was becoming a dilemma as Grizz coach J.B. Bickerstaff was leaning heavily towards veteran backup point guard Shelvin Mack, so much so that it seemed like we would see very little of Carter this season. Cam Rose of the Outsiders Podcast suggested that Carter be used more in a way similar to how Boston plays three point guards in Kyrie Irving, Terry Rozier, and Marcus Smart. Other teams have tried this as well and it works — especially when one of the smaller guards is able to defend shooting guards or small forwards.

At any rate, Carter was impressive in his debut, scoring 11 points in 22 minutes and getting two highlight-worthy steals from Chris Paul and James Harden — two of the best guards in the NBA. Carter was relentless on both ends, sparking a comeback for the Grizzlies that brought them to within six points after being down as many as 21. Memphis came up short in Carter’s debut, but he left an impression that I hope will cause Bickerstaff to call his name more often.

I wrote a story during the pre-draft workouts about how no one screamed “I'm Memphis” more than Carter. When he said his mother was from here and he'd spent time living in the Bluff City, it only sealed the deal. His mother is easily his biggest fan, and if you'd seen her at a Memphis Hustle game you would clearly agree. I managed to sit close enough at a recent Hustle contest to overhear an exchange after Carter took a bump and came to the bench. His mother, Cynthia Johnson, said something along the likes of, “You okay, babe? You need a band-aid or something? You know I got you, boo!” And, trust me, it was loud enough for Carter to hear.

The Hustle and Grizz medical staff probably won’t need Cynthia’s band-aids, but this team and this city definitely could use Jevon Carter coming in to stop the bleeding now and then, so to speak. Carter could be a healthy spark off the bench — and just the addition the Grizzlies need to get back on track after the recent rough patch.