May 15, 2019
1 comment
The Grizzlies have been known for having a series of misfortunes when it comes to the NBA draft, but on Tuesday night the (ping pong) balls finally bounced in their favor.

Whether it was a broken Mike Conley face, a Tony Allen hamstring, or a Zach Randolph suspension, the Grizzlies have had a seemingly unfair share of deflating circumstances. The franchise and the city has grown accustomed to waiting for the other shoe to fall — and having no luck except bad luck, but Tuesday night, the Grizzlies got a taste of overdue reparation when they were awarded the Number 2 overall draft pick, after being slated to pick eighth. The unfavorable odds just made the results that much more gratifying. 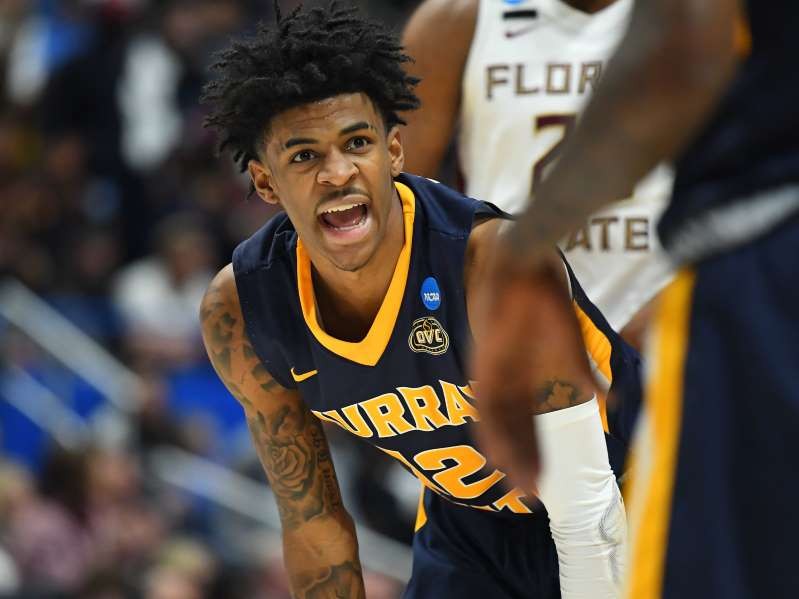 When I saw that the Lakers had advanced to the top four, my immediate reaction (and my engrained pessimism) led me to believe that the Grizzlies would fall to ninth, since a team that was below them in the odds had advanced. Things got wild when it was revealed that the Grizzlies had also advanced into the top four. After what seemed like the longest commercial break ever, the Grizzlies heard their verdict and it came up almost as perfect as it could be. The Grizzlies moved up in the draft for the first time since 2009, in which, ironically they also landed the second overall pick. (We won’t discuss who was taken in 2009; there’s no need Thabeet a dead horse.)

The Grizzlies now have basically the entire draft class at their disposal, because it’s pretty much a given that Duke’s Zion Williamson will go first overall to New Orleans. They can take the highly probable choice of Murray State sophomore Ja Morant or Duke scoring wing RJ Barrett. I also would not rule out the possibility of the Grizzlies taking a gamble and selecting someone like Vanderbilt freshman Darius Garland, who is rehabbing from a season-ending knee injury. Garland possesses a shooting stroke that is a fit for today’s NBA, but he would be a huge gamble since Morant has been listed as the consensus best point guard available. The Grizzlies are in the favorable position of having options if someone like Barrett or Garland is killing it in their workouts and are impressive in the combines. The have the ability to basically take whomever they want.

Another great thing is that this is not 2009 and there is no Hasheem Thabeet to tempt the Grizzlies into a bad decision. They also have an experienced front office, with guys like Rich Cho and Glen Grunwald, who can come together and help new point man Zach Kleiman with the draft choice. They also have the liberty to draft Morant and trade veteran Mike Conley — who has been rumored in several trades — for another pick or a young player on the perimeter. They could draft R.J. Barrett and take a Coby White type point guard with a later pick acquired in a Conley deal, or even a falling Darius Garland. The possibilities are numerous and come with the great reward of having the second overall pick.

The Grizzlies spent the majority of the season after the trade deadline trying to convey their draft pick and get out of the draft, and here they are now, sitting pretty with the Number 2 choice. It ain’t fair that a team that at no point of the season tanked has ended up with a chance to add another young star to their roster, but the draft is always unfair to some team, and the Grizzlies, their fans, and this city deserved some good luck for a change.

It was once suggested by former Grizzlies forward Rudy Gay that sometimes you have to make your own luck. Last night I’m sure that many were fine with the kind that just drops in your lap.