The Chandler Parsons Error Comes To An End

In their 18 years of existence in Memphis, the Memphis Grizzlies have had their fair share of eras. There was the “Young and Hungry” era that kicked off their first years in town, with players like Pau Gasol, Shane Battier, Jason Williams, and Stromile Swift. There was the “Three Year Plan” era that consisted of a rebuilding unit focused around Rudy Gay, Hakim Warrick, Kyle Lowry, and Mike Conley. Then there was, of course, the “Grit 'n Grind” era that included the Mt. Grizzmore of Grizzlies lore: Zach Randolph, Marc Gasol, Mike Conley, and Tony Allen.

There was also an era that started in the summer of 2016 that included the hiring of David Fizdale as head coach, drafting Wade Baldwin, and acquiring Deyonta Davis, Rade Zagorac, Troy Daniels, and James Ennis. This era was also headlined by the signing of Chandler Parsons, who will probably go down as the worst signing in franchise history.

Now it's over. The Grizzlies have traded Parsons and his $94 million contract to the Atlanta Hawks for Miles Plumlee and Solomon Hill.

Parsons wasn’t to blame for all of the things that have happened to the team since his acquisition, but it would be hard to believe otherwise, based on fan and media opinion. Whether it be memes, jokes about how he never plays, or cheap shots taken at the condition of his knees, Parsons has been the butt of many jokes and the scapegoat for most of the Grizzlies’ perceived shortcomings. No money to sign someone? Blame it on Chandler Parsons. Zach Randolph is coming off the bench? Parsons’ fault. No good wings? Yep. Chandler Parsons.

Parsons was supposed to be the bridge from the Core Four into a new Big Three era consisting of Conley, Gasol, and Parsons.

A healthy Chandler Parsons would have been just what the franchise needed. A tall, play-making wing who could shoot from three and had decent enough defense to hold his own. But yeah, that never happened. Parsons was damaged goods when the team signed him, and his efforts to rehab and get back into form from his knee injuries, although admirable, were cringe-worthy.

I was never among the crowd that took pleasure in Parsons suffering what amounted to a career-ending injury while trying to salvage a career. But Parsons didn’t do much to help his own case, either. He wasn’t conscious of how certain things came off to the fan-base.
Showcasing his playboy lifestyle and the spoils of his riches while the fans weren’t getting any payoff on the court was a bad look. It’s not his fault that he had Chick-O-Sticks for knees, but he did a horrible job of understanding or empathizing with the fan base. “Chancun,” anyone? 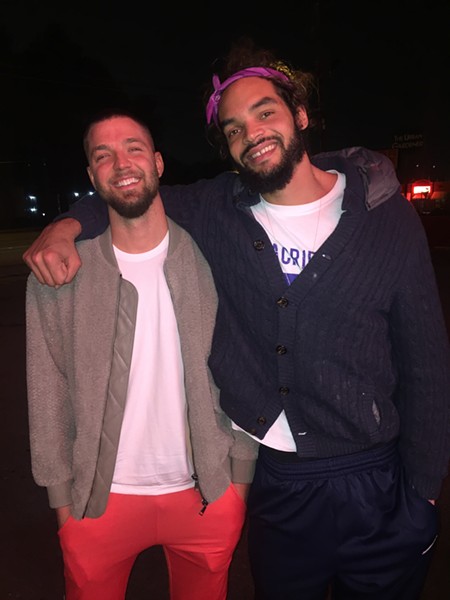 Some things said about Parsons were either overblown or false. Many fans assumed that because they were disgruntled with Parsons, the players in the locker room had issues with him as well. Although they wanted him to be able to produce, I’ve been told by a number of sources that Chandler was among the locker room favorites, and seen as a professional by his teammates.

In any event, finding a taker for Parsons — and his knees and his contract — is a great thing, especially considering that the Grizzlies didn’t have to send out any additional assets or take on a contract that extends beyond this season. It blows away a cloud of incompetency that still hovered over the franchise from the previous regime and gives the current front office a fair shake and a clean slate.