The Memphis Grizzlies knocked off the Cleveland Cavaliers 113–109 on Friday night at FedExForum to extend their winning streak to seven straight games. The last time Memphis won seven consecutive games was in the 2014–2015 season. The Grizzlies now have the longest active winning streak in the NBA.

The Grizzlies are now 20–22 on the season and in the eighth spot in the Western Conference. Memphis is three games back of the 7th seed held by the Oklahoma City Thunder. Memphis is 14–6 in their last 20 games, after starting the season 6–16.

Dillon Brooks was the catalyst for this team’s victory. The Grizzlies are 13–0 when Brooks scores 20 or more points this season. Brooks led Memphis with 26 points (9–16 FG, 4–7 3P). The Oregon product has connected on multiple 3-pointers in eight of the last nine games. "This is the longest winning streak I’ve ever been on since I got here," Brooks said after the game. "Jaren [Jackson, Jr,] and I were just talking, and I was telling him ‘That’s the longest streak I’ve ever been on.’ And he was telling me, like, ‘You’ve seen it all.’ Like I told him, the longest streak I’d been on was like three games. I’ve seen this group grow from when I first got here, seeing the fans coming to the arena more, and it’s a great feeling, makes you want to play harder every time out."


"It can become great," said Brooks about the team's growth. "Even with some guys with foul trouble, guys can pick up the load. Every time, it comes to guys like Melt [De’Anthony Melton], Grayson [Allen], Tyus [Jones], Kyle [Anderson]. Those guys are always ready, even when guys like me or Jaren are in foul trouble. Guys are ready to step up."

👏 @dillonbrooks24's 26 PTS, 4 3PM guides the @memgrizz to their 7th victory in a row! #GrindCity pic.twitter.com/kvJzUuVGZR


The anticipated Rookie of the year, Ja Morant, was sensational once again. In 33 minutes, Morant finished with 16 points, 7-of-14 from the field, eight assists, five rebounds, and three steals. Before the game, Morant was awarded his second Kia NBA Western Conference Rookie of the Month award for the month of December. More than a thousand fans from his alma mater, Murray State, were at the game.


Brandon Clarke was a spark off the bench with 15 points, three assists, and two rebounds while going 6 of 8 from the field. Meanwhile, Grayson Allen added 11 points and two assists on 5-of-6 shooting as a reserve.


The Other Guys
Cleveland was led by Collin Sexton, who finished with 28 points (11-of-25 shooting), plus six assists and four rebounds. Kevin Love added 19 points to go with nine rebounds and two assists. Love was limited to 0-of-6 from three. Larry Nance Jr. added 16 points, six rebounds, and two steals on 7-of-8 shooting as a reserve. Alfonzo McKinnie garnered a double-double with 12 points and 10 rebounds off the bench for Cleveland. 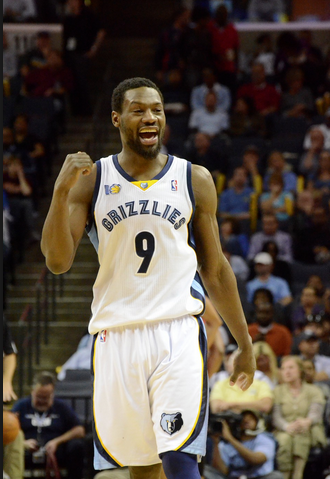 
“I am super excited. At the start of the year, Tony came to us and talked about his passion for the organization. When we sat down and he talked about how much he could not wait to get back, we tried to find a good opportunity. It took us some time to figure out what would make sense. Allowing him to dive into player development, which he is passionate about, we thought the Memphis Hustle would be a good avenue for him. He knows the game. He loves the game. We think he will be a great teacher of the game with the things that he does on his own. But to give back to the team that meant so much to him, it is going to be awesome to have him in the fold.”


Who Got Next
The Grizzlies will host the New Orleans Pelicans on Dr. Martin Luther King Jr. Day for a 4 p.m. tip. It will be broadcast regionally on FOX Sports Southeast and nationally on TNT. The game’s 15th annual Sports Legacy Award recipients will be former WNBA star Sheryl Swoopes, former NBA stars Robert Parish and Caron Butler, and former NFL quarterback Doug Williams.