Real Talk: Ja Morant Should Be the Unanimous Rookie of the Year


A combination of recency bias and media-fueled hype have derailed the conversation regarding the 2019-20 Rookie of the Year award. Ever since late January when he made his NBA debut, there has been talk amongst media about New Orleans Pelicans power forward Zion Williamson being in contention for Rookie of the Year, despite being sidelined the majority of the season.

This chatter is growing increasingly loud and hard to ignore, hence why I am writing this today. All this for a player who has played in only 17 games this season, and who would at most play 37 games — provided he plays every game left in the season. 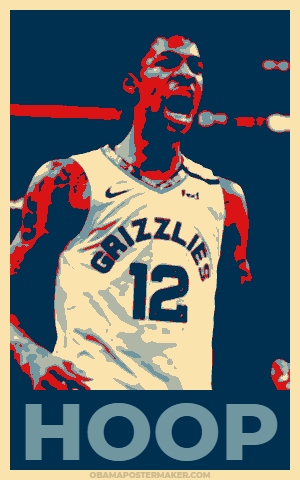 Meanwhile, the Grizzlies have had the two best rookies in the league all season long in Ja Morant and Brandon Clarke. Clarke will likely remain unacknowledged, but Morant’s phenomenal play has been impossible to ignore. Morant has been the Rookie of the Year front-runner for most of the season, and for good reason.

Even though it was widely predicted they would be hot garbage this season, the Memphis Grizzlies are light years ahead in their rebuilding process. In fact, the team that many predicted would have the worst record in the league has been sitting comfortably in the 8th seed since before Williamson played a single minute of regular season basketball.


Moreover, the Rookie of the Year award is meant to spotlight achievement across the entire season. This would be impossible for a player who will have played less than half the season; it’s small-sample-size theater at best. It is unfortunate that Williamson’s rookie season has been marred by injury, but the fact remains that it has.


There have only been four instances in league history of a rookie of the year recipient playing less than 60 games, and two of those were during lockout seasons:

There is zero precedent for a player who has played as few games as Williamson has to be considered for Rookie of the Year, and now is not the time to start.

For the record, Morant isn't stressing about this in the slightest. Recently, before the game against the Atlanta Hawks, Morant said, “I honestly don’t care about Rookie of the Year. They can give that to who they want.” The first year guard said he's focused on getting the Grizzlies to the playoffs.

Morant has led a lottery team into playoff contention, no small feat for the first season of a rebuild. There has not been a player so dynamic and impactful so early in his career in a long time, and acknowledging Morant’s skill does not detract from Williamson in any way.

Would this be a different conversation if Williamson had played since the beginning of the season? Possibly. But that isn’t how the season has gone, and there is no sense in pretending a comparison between Morant and Williamson would be equitable or accurate.