Has the Bubble Popped for the Grizzlies? 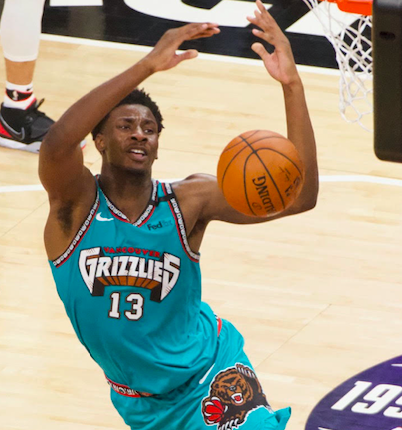 The Memphis Grizzlies entered the NBA Bubble sitting nicely in position for the 8th seed.
They were ahead of the other Western Conference teams volleying for the final playoff spot by 3.5 games. Players such as Brandon Clarke and Grayson Allen, who had been sidelined with injuries before the season was put on hold, returned from the hiatus healthy and ready to play. Trade deadline acquisition Justise Winslow was said to be healed and ready to be put into rotation.

So, entering the bubble, the squad was healthy, hungry, and ready to compete for their playoff spot. Things were looking up for a change, and the immediate future for the young Grizzlies appeared bright. Unfortunately, it was not to be meant to be. Much like the year 2020 itself, things have rapidly gone from bad to worse, health-wise, for this team.

Not Great:
First, there was Winslow re-injuring himself in practice and once again landing on the injured list. When he was signed, it was already expected that Winslow would not hit the court in a Grizzlies uniform until next season. Injuries always suck, and by all accounts, Winslow had been playing well in resumed practices. However, as disappointing as it was, it did not leave the Grizzlies any worse off than they were when the season was put on hold back in March.

Medical update: @memgrizz guard Tyus Jones has knee soreness and will be re-evaluated in approximately one week.

The Grizzlies went on to play the first of eight seeding games on July 31st — which they lost to the Portland Trailblazers in overtime. This loss can be attributed largely to poor decision making down the stretch and missing free throws.

Game two was a loss against the San Antonio Spurs. Game three was an even bigger loss to the New Orleans Pelicans. Sensing the pattern here yet? Hint: It's not winning.

Ja Morant and Dillon Brooks have both struggled with shooting in the games played so far. In fact, it has been Jaren Jackson Jr. who has been the biggest standout through the first three games. In a heartbreaking turn of events, it was revealed that Jackson Jr. had suffered a season-ending injury in Sunday's loss to the Pelicans.


There are still five games remaining in the season, in theory still time to stack some wins and hold on to their playoff spot. But the loss of Jaren Jackson Jr. might be too much for this young team to overcome. The odds are not in the Grizzlies favor.