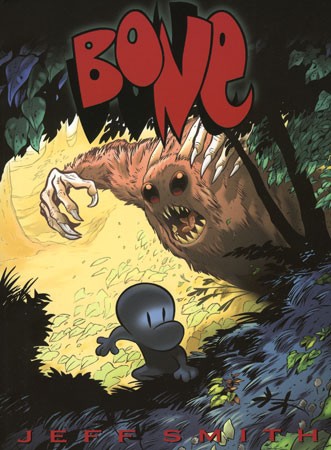 The past couple years on my Twitter account, @gregakers, I've kept tally on each book I read, with a tiny review of each and a link to where readers could get more information on the work in question. (Here's my Books Read 2010 list.)

Now here, for your ease of browsing, are the books I read in 2011, listed in reverse order they were Tweeted, which is to say chronologically with the last first.

One notable difference between 2010 and 2011 was the number of books I finished. I read 72 in 2010, but only 34 last year. The primary cause was the first book I read when the calendar flipped, the behemoth Infinite Jest. I started it on January 1st and didn't finish until May 22nd. (More Jest stats are listed below, in the book's entry.) I was left with roughly six months and a week of the year, during which I read 33 more things. I'm not a math nerd (I'm a book nerd, clearly), but that seems to be roughly the same rate I read books in 2010. I also had a child in June 2011, so there's that.

Partaking of Infinite Jest made me want to read at least one gargantuan work a year, so I'm implementing that strategy again this year. The first book I'm chewing on is Stephen King's Under the Dome. It is within five pages the same length as Infinite Jest. But 1,000-plus pages in the hands of one writer isn't the same as 1,000-plus in another. King's book flies, and I'll be done with it by the end of the month, probably. Infinite Jest is a labor — exceedingly rewarding, but an effort all the same.

Also on my docket for 2012 are Taylor Branch's Martin Luther King trilogy, lots of crime fiction I'm sure, and maybe even I'll get around to start tackling Proust's Lost Time series. (Or maybe I'll hold that till 2013 or '14, it intimidates me so.)

My favorite book of the year was #16 listed below, with wit, warmth, and humanity that has stayed with me for months. It's kind of like if Lord of the Rings was crossed with Peanuts. I read it in a massive tome that can be found at Randolph Public Library in Memphis. Highly recommended. (What book is it? Read the list!)

A housekeeping note: I've aired out the entries a little since I'm not as limited in space on the blog as I was on Twitter.

34. SPACEMAN by Brian Azzarello & Eduardo Risso. The great team behind the series 100 BULLETS is back. Rejoice. I would read Azzarello and Risso if they wrote and illustrated the phone book. It would be dark as hell and illuminate the shadows in man's soul.

31. DARK RAIN by Mat Johnson & Simon Gane. Excellent Ninth Ward bank heist. Katrina noir: DIG IT. By the way, if you haven't read Johnson's brilliant INCOGNEGRO, do yourself a favor.

30. TRANSMETROPOLITAN, vol. 1: BACK ON THE STREET by Warren Ellis & Darick Robertson. Gonzo journalism in the future. Lurid.

29. THE HILLIKER CURSE by James Ellroy. Astonishing no-holds-barred memoir by the king of contemporary crime fiction. For Ellroy fans, THE HILLIKER CURSE is essential reading. It's a true companion piece to his novels. Reading it crushes the idea that Ellroy's books were written in a vacuum. He's always working through his day-to-day baggage in his writing.

27. THE SOMEDAY FUNNIES, edited by Michel Choquette. Gob-smacking good. Read my Memphis Flyer review, the 5th down from the top.

26. FULL DARK, NO STARS by Stephen King. Four novellas, each worse than the next.

21. LEAGUE OF EXTRAORDINARY GENTLEMEN, CENTURY: 1969 by Alan Moore & Kevin O'Neill. Enjoyable but tough when you get about 1/30th of the references.

19. DODGEM LOGIC #1, edited by Alan Moore. Underground zine from Northampton, UK. Worth it.

16. BONE by Jeff Smith. On my shortlist for best comic series ever. Absolutely epic and deftly elegant.

15. THE DEATH AND LIFE OF BOBBY Z by Don Winslow. Breakneck and fun crime plot but a little sloppy.

12. SUPERGODS by Grant Morrison. My review is the first listed item in the Memphis Flyer's literary cover story.

10. THE FLANDERS PANEL by Arturo Pérez-Reverte. Too tidy wrap-up and my least fave of his, but still decent.

9. JOE THE BARBARIAN by Grant Morrison & Sean Murphy. Kind of a comic book-style riff on Mark Haddon's THE CURIOUS INCIDENT OF THE DOG IN THE NIGHT-TIME.

7. BUFFY THE VAMPIRE SLAYER SEASON 8, issue 40, by Joss Whedon & others. Finally got around to the coda issue. Last arc felt rushed. (Oh, and nerd alert.)

3. PLANETARY vol. 1: ALL OVER THE WORLD by Warren Ellis & John Cassaday.