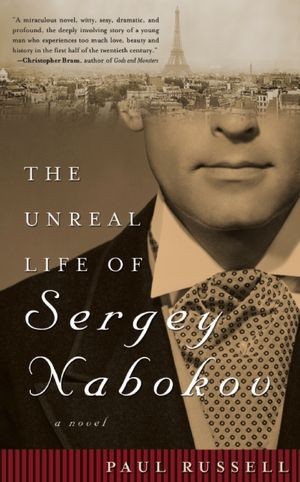 Congratulations to author Paul Russell, who was interviewed in these pages a few months back. His novel The Unreal Life of Sergey Nabokov (Cleis Press) has been nominated for a Lambda Literary Award in the category of gay fiction, the winner to be announced June 4th. And from the Publishing Triangle (an association of lesbian and gay men in publishing), it's a finalist for the Ferro-Grumley Award in gay fiction, the winner to be announced April 18th.

"As you can imagine, I'm very pleased by the nominations," Russell said by email this week and on the very day he found out that his novel was also a finalist for ForeWord's Book of the Year Award in the lesbian/gay fiction category. ForeWord, a trade journal for librarians and booksellers that recognizes titles of excellence from independent publishers, will announce this year's book-of-the-year winners at the American Library Association's annual conference in June.

"Nice to see that having gone with a small press like Cleis didn't mean that my book got completely ignored," Russell added. "I think more and more literary fiction will appear from such presses in the future. But then, Ulysses first appeared in The Little Review, so how much really has changed?"