Eric Barnes and a Story That Won't Stop 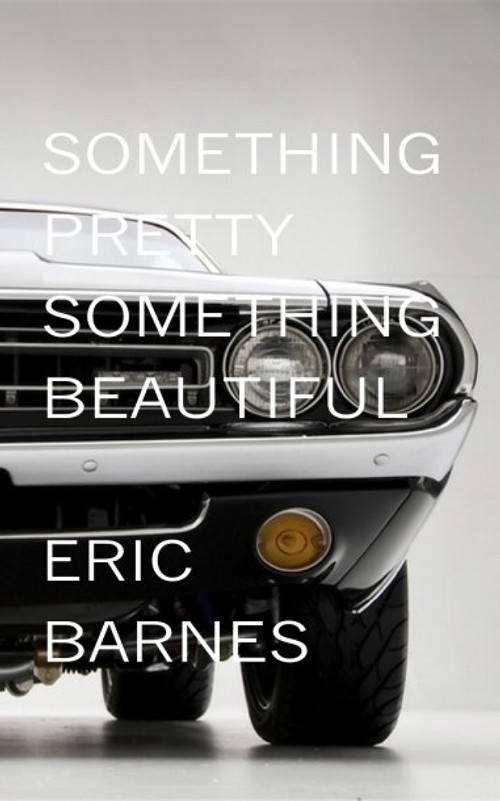 How far from Shimmer, Eric Barnes' previous novel, is Eric Barnes' latest novel, Something Pretty, Something Beautiful, from Outpost19, a publisher dedicated to "provocative reading" and to stories "you don't want to stop"? Far enough for readers to wonder whether the two books could be by the same author, so different are they in substance and in style.

In Shimmer, the subject was shady corporate culture (data collection, stock options, a computer's "doomsday" mainframe, misled employees) and an equally shady lead character good at his own shell game. The story's atmosphere and point of view: dark and often looking down from a New York City skyscraper.

In Something Pretty, Something Beautiful, the tone is dark too but the setting is Shimmer's opposite: the street life as lived by a group of teenage boys hell-bent on disturbing the peace on the streets of Tacoma, Washington. And by hell-bent I mean guys drinking and driving, climbing electrical towers, riding the roof of speeding cars, stealing cars, dodging an oncoming train, breaking into houses, setting fire to garages, beating other guys to a bloody pulp, and just this side of gang-raping the listless teenage girls drawn to them — "them" being an unstoppable foursome led by trigger-tempered Will Wilson and including the book's narrator, Brian Porter, with a fifth, an outsider named Kyle, who's enlightened enough to cause Porter to question what the hell he's doing.

Readers too may question how successful Barnes is at Something Pretty's multiple perspectives in scenes designed to bring us up to speed on Porter's full character and adult life. (The scenes outlining the actions of one female character are critical, but they're actions so elliptically presented it's easy to lose track.) But no denying the book's impressionistic, running narrative, the immediacy and matter-of-factness of its full-throttle prose. What these boys seek, in the face of absentee parents and dead-end futures among the pulp mills and warehouses and docks of Tacoma's waterfront: some measure of purpose, no matter how fleeting and self-defeating.

That's a statement to echo an entry Barnes posted several years ago on his blog, when he'd already gathered material that has gone into Something Pretty, Something Beautiful. And a beautiful piece of writing that entry is, inspired by the photographs by William Eggleston and by the work of Raymond Carver and Richard Ford, writers Barnes admires. The entry may come as a surprise to those who know Barnes from Shimmer and as publisher of The Daily News and The Memphis News and from his television work on WKNO. It's autobiographically based writing that took not only heart to compose but unflinching honesty to report. Title of the entry: "William Eggleston and Tacoma." The date: October 13, 2009. Check it out here.