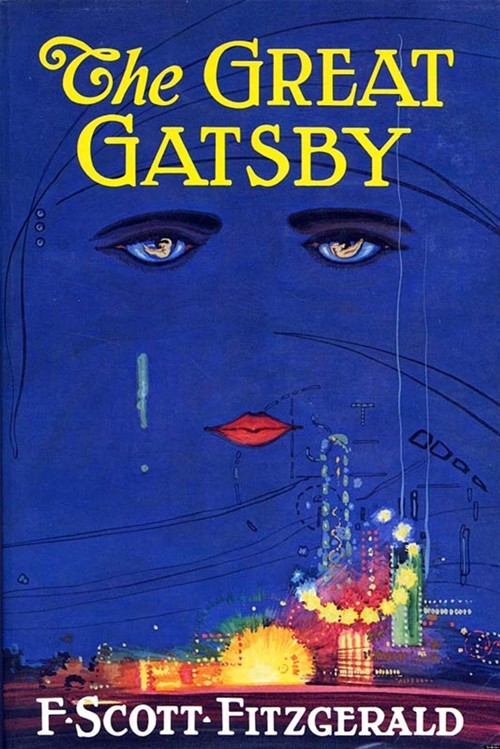 "Disappointing, overrated, just not good: What book did you feel you were supposed to like, and didn't?"

That was a question put to writer Russell Banks in the "By the Book" feature in the Book Review of the Sunday New York Times of January 5, 2014.

Banks' answer to the Times: "'The Great Gatsby.' All of Fitzgerald, actually. Even the stories. It's not his fault; it's mine. I'm missing the gene."

But at least Banks had read The Great Gatsby. I'd never read it — until the last day of 2013 and because:

Back in high school, which is when a lot of us are introduced to by being required to read Fitzgerald's most enduring work, maybe, I don't remember, I was required to read it but I sure didn't. The lives of the Long Island super-rich? This was the late '60s. Counterculture wasn't only in the air, it was the air one breathed, even in East Memphis. But even so, a friend of mine used to pick out whole passages of The Great Gatsby and read them aloud for my ignorant benefit, and I didn't much care for what I heard, including that wistful, widely quoted closing sentence.

By 1974, a soft-focus, star-studded movie had been made, again, of The Great Gatsby (screenplay: Francis Ford Coppola; director: Jack Clayton, who'd made a movie I admire, Room at the Top), and I sat through it. A lot of people at the time sat through it. It was a big deal.

One of the film's stars, Mia Farrow, was featured in character as Daisy Buchanan and biting a pearl necklace on the cover of the inaugural issue of People magazine. Headline: "Mia's Back and Gatsby's Got Her." And no, I haven't seen Baz Luhrmann's take on Gatsby from last year. Because yes: I'd had it up to here with The Great Gatsby. Like Banks, maybe I was missing "the gene." Still, and unlike Banks, I'd never given The Great Gatsby a common courtesy: reading it.

Now I have and what an eye-opener. No soft focus in these pages — leaner in the telling than I'd been led to believe; a lesson in sleek modernism and no wonder T.S. Eliot was an early champion; a short novel but with a hard-won new prose style; an unsparing look at that most American of self-defeating pastimes: nostalgia. But "great"? Because still: Couldn't Max Perkins at Scribner's have talked Fitzgerald out of some of the poeticizing and especially that closing — and cloying — last line? And couldn't somebody semi-sober have given Fitzgerald a major talking-to in 1922?

The alcoholic, manic mess he and his wife Zelda were making of their lives is laid out once more in the new and noteworthy Careless People: Murder, Mayhem, and the Invention of The Great Gatsby (The Penguin Press) by Sarah Churchwell. (Official publication date is January 27th.) But Churchwell's book exhibits more than a well-researched understanding of Gatsby, F. Scott, and Zelda. It throws a wide-angle lens on America in the early '20s, which was, despite Prohibition, every bit as alcoholic and manic as the Jazz Age golden couple who personified it and soon suffered for it: the Fitzgeralds.

Maybe it helped that Churchwell herself has the distance — an American, she lives in London — to see so broadly into what's great about Gatsby and into the man who composed it, the autobiographical components that informed it, and the times (including a double murder) that inspired it.

It's required some distance for me too to recognize The Great Gatsby for all it's worth. And it took me only an afternoon, after some get-to-know time with Careless People. Perhaps after all and unlike Russell Banks, I have inherited the gene.

The Times: Memphian Mark Greaney, who's been working with Tom Clancy on the most recent of Clancy's thrillers (until Clancy's death on October 1st of last year), was requoted in that paper's Book Review (in its "Inside the List" column) on December 22nd — words Greaney told The Commercial Appeal.

But as for Greaney continuing to write using characters made famous by Clancy, as he told the Flyer: "I've met with Tom's wife and family. … They appreciate Tom's readership. Hopefully, they'll go forward with it. It might be tomorrow. It might be years from now. I don't know." •