The Worlds of Alan Lightman

But what happened when Alan Lightman watched as two ospreys left the nest and made their maiden flight? Lightman saw them circle his house, then veer straight toward him and make, for a split second, eye contact with him before resuming their flight. 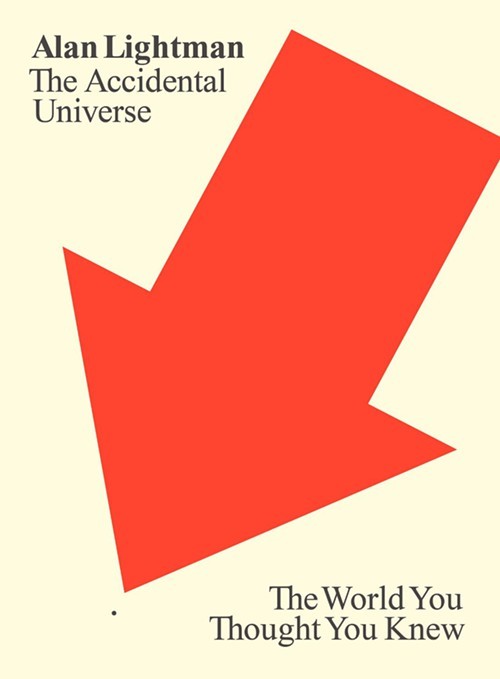 "Words cannot convey what was exchanged between us in that instant," Lightman writes in an essay called "The Spiritual Universe," one of seven essays collected in The Accidental Universe (Pantheon Books). "It was a look of connectedness, of mutual respect, of recognition that we shared the same land. After they were gone, I found that I was shaking, and in tears. To this day, I do not understand what happened in that half second. But it was one of the most profound moments of my life."

It wasn't the stuff of science, like that distant galaxy or that moment after t=0. But it was, Lightman believes, a moment of truth, a transcendent split second outside the bounds of science. Mysterious? So be it. But such belief doesn't make Lightman — a theoretical physicist who grew up in Memphis and who's taught science and writing for years at MIT — any less scientific and any more religious, if by religious we mean belief in a God that intervenes in the workings of the physical universe. Call Lightman an atheist and humanist. He himself does.

Philosopher Daniel Dennett has called him an apologist for religion. And as Lightman recently explained before his appearance in Memphis at Rhodes College on February 6th and at Burke's Book Store the following night:

"Part one of my essay 'The Spiritual Universe' was published on Salon, and part two ran in The Commercial Appeal. There was a tremendous amount of feedback on Salon, and I was taken to task by Dennett, a 'neo-atheist' who said I was an apologist for religion. He and others were upset by my essay."

Which is all right by Lightman, who welcomes conversation on — and the controversy that continues to surround — these twin ways of knowing: the objective and subjective.

"What's happened in the last five years to add fire to the conversation is a new group of scientists — Richard Dawkins being the most prominent, Larry Krauss is another — who have used recent discoveries of science to attempt to disprove the existence of God.

"If you believe in God — I'm defining God as a being that lives outside of time and space and is not subject to the laws of nature — and if you believe in a God that does not intervene in the physical universe once it has been created, then that is completely compatible with science. What is not compatible with science is belief in a God that intervenes in the physical universe and performs miracles.

"What I'm going to argue for at Rhodes is the existence of a spiritual universe in addition to the physical universe. A spiritual universe doesn't necessarily involve God, it may or may not, but it incorporates certain transcendent experiences we've all had where we feel connected to something larger than ourselves."

The essays in The Accidental Universe make all kinds of connections and across the spectrum — from the provable to the speculative. They illustrate what science is and is not. They examine forms and degrees of knowing, be it scientific or not. And if it's not, Lightman maintains, doesn't mean it's necessarily any less a truth.

"I'd been out of the essay business," Lightman said. "I'd written a lot of them in the 1980s and '90s. But I wrote a couple more recently — one for Harper's, 'The Accidental Universe,' and one for Salon, under the title 'Does God Exist?.' Both got a very good reception. It occurred to me to write a series of essays, all with the word 'universe' in the title.

"I love the essay as a form," Lightman added. "It's flexible. You can be informative, poetic, personal, or philosophical. In fact, a good essay is, I think, all those things."

But the essay, as most of us know, isn't Lightman's only strong suit. His debut novel, Einstein's Dreams, was an international best-seller, and The Diagnosis was a finalist for the National Book Award. On tap for next year is another novel, this time, in Lightman's words, a fictionalized memoir drawing on his upbringing in Memphis in the 1950s and '60s, with its racism, music, food, and his family's business — the Malco movie-theater business. It's called Screening Room.

"It was easy to do the research and talk to people," Lightman said of the forthcoming novel. "The more difficult part was writing about family members, especially my father. I had a draft finished a few years ago, but I decided not to publish the book while my father was alive. He passed away about a year ago, so I've waited. If you write honestly, there will be good things and not so good things. Everybody who writes a memoir has this difficulty."

No difficulty, though, learning where one famous physicist stood on the subject of science and religion. His letter to a sixth-grader back in 1936 was featured on the Huffington Post just last week. The question put to "My dear Dr. Einstein": Do scientists pray? •