John Dear: Man on a Mission 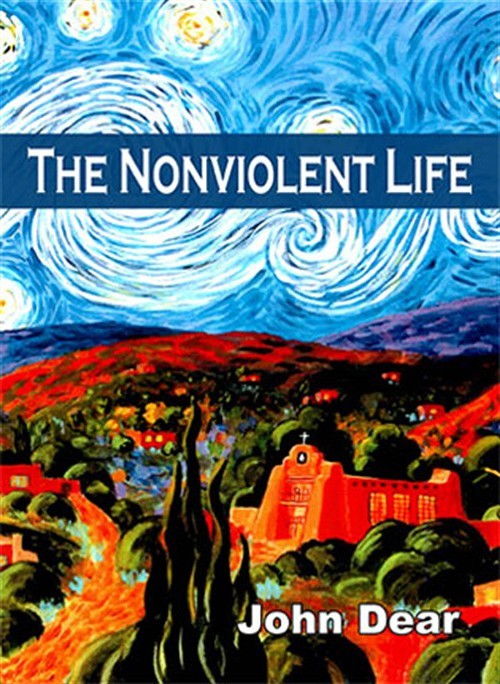 From Oklahoma City to Chattanooga: You’d think, since you have a speaking engagement in Memphis, you’d make that stop before heading to East Tennessee. Not John Dear. He's an author, teacher, lecturer, activist, and nominee several times (including in 2008, thanks to his friend Bishop Desmond Tutu) for the Nobel Peace Prize.

And regardless of the route, Dear will be at First Congregational Church in Memphis on April 8th to discuss his latest book, The Nonviolent Life (Pace e Bene Press). That's just days after the city observed the 46th anniversary of the death of Martin Luther King Jr. and celebrated the reopening of the renovated National Civil Rights Museum in downtown Memphis.

Dear is no stranger to the road. He’s been on it for decades and all in service to one cause: nonviolent protest. He’s spent time in some violent spots internationally: Northern Ireland, El Salvador, Palestine, Israel, Iraq, and Afghanistan. But he’s been in plenty of good company stateside too, working alongside figures such as Cesar Chavez, Howard Zinn, and Philip and Daniel Berrigan.

When I reached Dear by cell phone, he was indeed headed out of Oklahoma to Chattanooga, then driving back to Memphis as part of his 40-city book tour, which will crisscross the country then head north to Alaska. But this isn’t only a book tour. It’s an opportunity for Dear to promote “Campaign Nonviolence,” a nationwide call for public action scheduled for the third week of September, just in time for the midterm elections in early November.

Dear said he’s hoping for some 300 separate demonstrations in the name of nonviolence, a cause he's championed his entire career on the national and international stage and a cause he’s been arrested and jailed for dozens of times. The crime: acts of civil disobedience — acts, he believes, in accordance with Gospel teaching but acts that have helped push Dear's vocational life to the breaking point.

Two major models for Dear's commitment to the cause: Mahatma Gandhi and Martin Luther King.

Dear's The Nonviolent Life lays out how ordinary citizens can join him in that commitment. It’s a way of life, not a strategy; a handbook for personal reflection but a handbook that comes with questions for discussion. Dear said he wrote it because he didn’t think there was a book out there quite like it. It is also, he added, “a culmination of my work for peace for the last 35 years.”

What is Dear hearing from tour audiences?

“People are hungering for nonviolence. It’s not being taught or discussed. We’re all so violent and yet sick of violence at the same time. But we don’t know how to practice it in the tradition of Gandhi and King. People are looking for leadership as a way forward — to get the movement energized again. But a lot of the institutional peace groups are tired or dying out. ‘Campaign Nonviolence’ is reaching out to every peace and justice group in the U.S. to step up to the plate.

“What I’m hearing is a lot of enthusiasm — people saying we’re going to respond to this call for nonviolence, because we haven’t heard any other call. And it’s more empowering to be organizing locally knowing that you’re part of people everywhere in the country doing the same thing.”

Go to paceebene.org for more information on “Campaign Nonviolence.” See The Nonviolent Life for Dear’s program for peace, at a personal level and at a national one:

“I’m proposing a holistic vision of nonviolence, and that requires three things simultaneously: first, to be nonviolent to yourself, to cultivate an interior nonviolence; second, to practice meticulous interpersonal nonviolence toward every human being on the planet and all creatures and all creation; and third, and at the same time, to be part somehow of the global grass-roots movements of nonviolence. You can’t just work on your personal life. You have to be involved in the movement. And for those involved in the movement, you have to work at being nonviolent in your personal life.

“Very few people manage to do all three, though Gandhi and King did. We have a lot of church people who are really nice and pleasant and peaceful but doing NOTHING to end war and poverty and environmental destruction. And on the other hand, we have a lot of activists who still have violence inside them — anger.

“The challenge is to balance all three attributes at the same time. That’s why we have to be contemplatives as well as activists of nonviolence — do our inner work as well as pick a cause and get involved in it.”

Just don’t go looking to national leaders to chart the way. According to Dear:

“There’s a failure of leadership in every aspect of American life today, from our politicians to our media to our churches. We’ve become so militarized and the culture has become so co-opted by corporate greed that we’re losing any vision of how to be less violent people. The churches have certainly failed to teach the peace of Jesus.

“I know people — good people — are struggling — in Memphis, all over the country — trying to figure out what they can do. We just need to connect the dots and rebuild a national movement. We need to wake up and get involved and use the methodology of nonviolence that Dr. King gave us to create a more just society. All of this is doable. What we lack is the political will.” •
John Dear will be speaking and signing books at First Congregational Church (1000 S. Cooper) on Tuesday, April 8th. His talk, at 7:30 p.m. in the church sanctuary, will be followed by a reception. There will also be a Taize prayer service Tuesday night at 6 p.m., followed by a Lenten vegetarian dinner (for $5). Those wishing to attend the dinner should RSVP Monica Juma at mjuma@uthsc.edu or call First Congregational at 278-6786.