Greaney’s Back — Big Time — With a New Clancy

At 674 pages, Tom Clancy Full Force and Effect (Putnam) is a big book by any measure or any genre, and the author doesn’t need reminding of it. Mention the fact, however, and Mark Greaney good-naturedly replies, “Tell me about it!”

That puts Memphian Mark Greaney at a remarkable 1,656 pages for the year, and in a recent phone interview with the Flyer, Greaney reported that he’s already got another Clancy and another Gray Man lined up for next year. In the meantime, his only Memphis book signing for Tom Clancy Full Force and Effect falls on the book’s official publication date, which is today: Tuesday, December 2nd. Barnes & Noble at Wolfchase (2774 N. Germantown Parkway, 386-2468) is hosting the event beginning at 7 p.m. 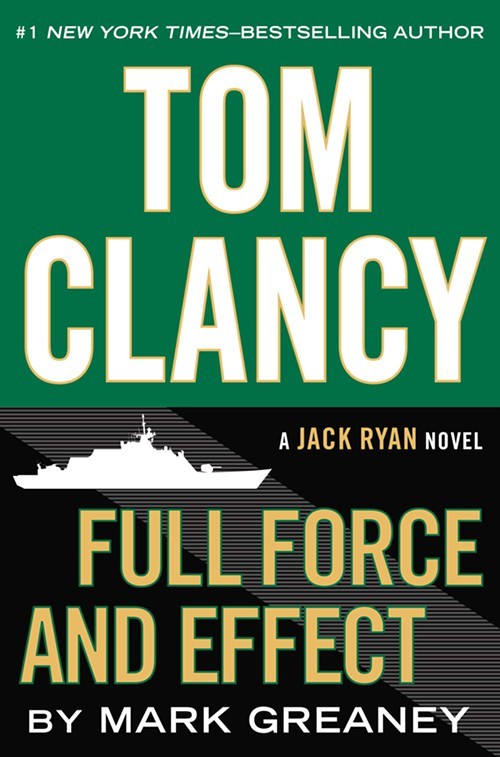 And so: Full Force and Effect brings back both Jack Ryans — Ryan Sr. (U.S. president) and Ryan Jr. (operations officer for the Campus, an under-the-radar U.S. intelligence agency) — and the cause of the conflict is today’s front-page news: North Korea, which is, under the leadership of the young, untested son of the country’s former leader, in the process of developing a long-range, nuclear-war-headed intercontinental ballistic missile capable of reaching the West Coast of the United States. Capable, that is, if only a North Korean mining site rich in rare-earth minerals can be harnessed to supply the materials for that weaponry and if only the science can be brought in to get that missile going.

East European geologists are needed for their technical expertise. The very shady Sharps Global Intelligence Partners (headed by former FBI agent “Duke” Sharps) is supplying the know-how to get those geologists into North Korea. Jack Ryan Jr. and his cohort at the Campus are charged with getting to the bottom of it. Annette Brawley, “imagery specialist” at the National Geospatial Intelligence Agency, is doing a damn good job fielding satellite photos. And Jack Ryan Sr. is set to be assassinated by a North Korean sleeper cell.

It’s a classic Clancy setup, and Full Force and Effect is a good, solid read. Its globe-trotting combination of above-board and rogue elements is in Greaney’s equally good hands. Thing is, though, the book — as in all of Greaney’s books, whether Clancy-connected or not — was at least partially written in an East Memphis coffee shop. The East Memphis home that Greaney moved into six months ago has its own office for writing too, but as Greaney reported, when you’re on deadline, you do what you can, you write where you can.

“I try to write 1,000, 1,500 words per day,” he said. “But I spend a lot of time researching at the beginning of a novel, and that due date [to my publisher] doesn’t move. I was up in D.C. for a month and in New York City for location research in the mornings. I was writing all afternoon and into the night. So some days I wrote 20 pages a day.”

But when Greaney’s in Memphis, is he writing inside that coffee shop? Or is he at home?

“Fifty-fifty,” he admitted. “I was also in Algeria two weeks ago. Los Angeles last week. I’m writing wherever I am.”

Which leads to the question whether Greaney’s actually been inside North Korea. That question is not far-fetched. Greaney considered joining a tour group there, because visits to North Korea by Westerners can be done — but Westerners, as recent headlines confirm, can get into major trouble getting out.

Turns out, Greaney didn’t go to North Korea, though as Full Force and Effect demonstrates, he’s been especially interested in introducing to readers another side of “The Hermit Kingdom” — a more personal side — because two of the novel’s lead characters are North Koreans who have to carefully negotiate the politics of doing business there. Their lives depend on negotiating it. The lives of their families do too. And that’s one reason this novel's so big.

“I looked into going to North Korea,” Greaney said, “because I wanted to create legitimate reasons for the action of the ‘bad’ guys … personal reasons to give the story more depth. Otherwise, those characters would have been like aliens from another planet. It would have been too easy to make the characters pure evil, beyond parody.

“But I also wanted to expand the story to take in the American private intelligence that was working with the North Koreans. And yes, there really is a mine in North Korea — rare-earth minerals that the Chinese are mining — and there are conflicts now between China and North Korea. I envisioned a scenario where things got so bad that North Korea kicked China out. And North Korea is developing ICBMs. That’s the reality. I just took it to another level, went from there.

“And there are definitely private intelligence organizations all over the U.S. that do contract work for the U.S. I’ve always been fascinated by these agencies, because some of my real-life contacts are ex-CIA and ex-FBI. I’ve learned a lot about that world.”

Greaney has also learned the difference between writing according to his own cast of characters and those of Tom Clancy. Both writers made their names in the same genre. What separates a Greaney thriller from one by Clancy?

“The Gray Man books are more narrow in scope,” Greaney said. “Readers have the feeling they’re looking over the shoulder of the hero. Clancy is wider in scope. It’s fun to do both. And it was fun for me in Full Force and Effect to wonder in one scene, for example, what it’s like to be in the White House, to be the president in an intelligence briefing, to not be getting the intelligence you want.

“In the Gray Man series, it’s interesting to have this hero and think about all the personal things he’s having to deal with, the objectives he has to achieve. With Clancy, it’s a different type of fun, a different type of challenge. With the Clancy books, I start to wonder: If the plot goes here … then maybe now we can look at things through the eyes, say, of a Navy Seal. Let’s put the camera there. Let’s see what things look like.

“But I don’t try or think too hard about writing like Clancy, though there are definitely expectations people have. I’ve been reading him since the mid-1980s. A lot of my development as a writer comes from reading those books of his. It’s the reason I don’t expect the series to veer off in some strange direction, because, one, I don’t think anybody would let me do that. And two, I used to love seeing how Tom Clancy would tie all these different threads together — the threads in the first and second acts: How could they all possibly come together in the third act? That’s a Clancy hallmark. As long as I’m writing a Clancy book, that will never change.”

What has changed since Tom Clancy’s The Hunt for Red October appeared in 1984? Speed of storytelling. “People are not as interested in the minutiae of detail that they were 15 or 20 years ago,” Greaney said. And as for Clancy's core audience?

“The vast majority of readers,” Greaney said, “are very glad the Jack Ryan novels are continuing. And the vast majority are glad that the guy who worked with Tom on his last three books has been brought in to continue the series.

“There are naysayers. People who think the books should have been put to bed with Tom’s death. I understand that. But people like the books. The Clancy estate wanted to continue. The publisher wanted to continue. From the very beginning, I knew there would be some pushback. But the one thing I can do is to make the books as faithful to people’s expectations as I can. Make the books as good as I can. If I get close enough, then everything’s going to take care of itself.”

But does Greaney have in mind for the next Clancy book a global conflict even more pressing than North Korea?

“I’m looking at Syria, which means looking at Iran, Russia, and ISIS. That’s a whole lot to slip into one book, in addition to the Clancy characters. I don’t have a plot yet. But you don’t have to look hard to come up with world conflicts to write about.”

Nor do you have to look far to stay close to today’s home-grown headlines. That phrase “full force and effect”? It applies to a presidential executive order, which carries the full force and effect of law, aside from Congress. Unlike the up-to-the-minute, real-world immigration debate right now in America, it applies, in Tom Clancy Full Force and Effect, to President Jack Ryan’s challenge to North Korea.

A reminder, then, at 674 pages, that this is the way we live now. Mark Greaney, inspired by the late Tom Clancy, is simply, in fiction, heightening the stakes, taking things to another level, going from there. •