How many 140-year-olds do you know asking for a bike to celebrate nearly a century and a half of doing business? In Memphis, that would be Burke's Book Store, which was founded in 1875 by Walter Burke on North Main, and it’s been operating at different locations ever since. That makes Burke’s one of the oldest businesses in Memphis still operating (now at 936 S. Cooper) and one of the oldest independent book stores in the country. 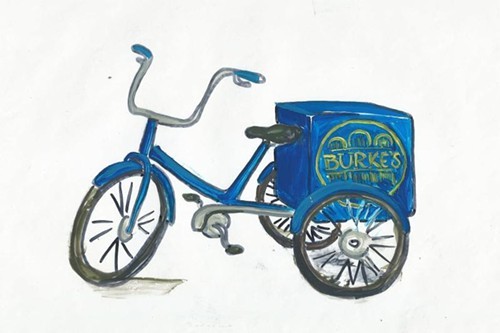 To celebrate its 140th anniversary, the store will be having an open house later in the fall. But for the time being, Burke’s would like one thing: a bike. And no ordinary bike: an electric trike valued at $1,450.

Here’s where you come in. Burke’s has launched a crowdfunding campaign on ioby so it can buy a heavy-duty three-wheeler, and it’s asking for those funds by August 31st. The vehicle will not only be used to make deliveries and for special events but as maybe a book mobile. But your contribution doesn’t need to be via ioby. By mail, by phone, or in-store is fine too. Here’s what’s in it for you:

For more information on the “Buy Burke’s an Anniversary Gift” campaign, contact the store’s co-owner, Cheryl Mesler, at 901-278-7484.

And to see what Burke’s other co-owner, writer Corey Mesler, has in-store, check out Mesler’s latest, limited-edition chapbook, The Medicament Predicament (Redneck Press), which he describes as “a wee collection of poems about health, drugs and illnesses, both physical and mental.”

Also see two of Mesler’s recently posted essays, in a series called “As If I Know What I’m Talking About,” at the online literary journal Change Seven. That’s where you can read Mesler thinking back on the obstacles, both physical and mental, to joining his wife Cheryl and their daughter at the Mid-South Fair, in a piece titled "A Trip to the Fair."

In a separate essay, Mesler again takes readers back in time, this time to his high school's senior yearbook, where he was voted “Most Ambitious.” Over time, Mesler’s made good on his classmates’ vote.

And no “as if” about it. Mesler does know what he’s talking about — be it the private breakthrough he had one year at the Mid-South Fair or the more public recognition he's achieved in the wider world of publishing — a real trip with its own obstacles and keys to success. One key? The word for it's "ambitious." •