April 07, 2020
1 comment
Since we’ll all be socially distancing and sheltering in place for a while, we thought we would put together this Memphis-centric reading list. This list is by no means comprehensive. Depending on how long we’re on lockdown, there may just be time to do a series. And with all the storytelling talent in Memphis and the nearby Mississippi Delta, it would be a long time before we ran out of books to write about or had to use two books from the same author. There are some classics included, of course, but we’ve also made a point to include a little something for everyone. There’s popular fiction, mystery, history, grit-lit, young adult, fantasy, absurdism, and an essay collection.

Chanelle Benz
The Gone Dead, 2019 (Fiction, Mystery)
When I accepted this assignment, it was with the understanding that I would, once again, rave about The Gone Dead by Chanelle Benz. The book has everything one could want from a rural noir — mystery, murder, coverups, family intrigue, a dog, and a deeply timely meditation on memory and legacy. “I got interested in the things that we think that we remember and whatever that truth might be and the space between the two,” Benz told me back in 2019. “Our memories are reconfigured based on the story that we're telling ourselves about ourselves, our own mythology.” Read it. You can thank me later.

Shelby Foote
The Civil War: A Narrative, 1958-1974 (Nonfiction, History)
This one’s a classic. In this series of three hefty tomes, Foote creates the definitive guide to the Civil War.

The Book of Isaias: A Child of Hispanic Immigrants Seeks His Own America, 2016 (Nonfiction, Sociology)
This book won first place for the Best Political/Current Affairs Book in the International Latino Book Awards 2017, and it was listed as one of Southern Living's Best Books of 2016.


Robert Gordon
Memphis Rent Party: The Blues, Rock & Soul in Music’s Hometown, 2018
(Nonfiction, Music)
Memphis is weird, and Robert Gordon gets it. This collection encompasses the vast breadth of the myriad of musical moments for which Memphis (and the Delta) is known. From raucous parties at bluesman Junior Kimbrough’s juke joint to Jeff Buckley hitchhiking in the rain, from Tav Falco’s Panther Burns to Cat Power, Memphis Rent Party embraces the many sounds of Memphis.

Dead Girls: Essays on Surviving an American Obsession, 2018 (Nonfiction, Essays/Criticism)
Dead girls were having a moment in American fiction. The runaway success of Gillian Flynn’s Gone Girls is just one example of America’s weird obsession with dead girls.


Kaitlin Sage Patterson
The Diminished, 2018 (Young Adult, Fantasy)
New rule: No one can be judged for seeking a little escapist entertainment while hunkered down and self-isolating during a global pandemic. Actually, I don’t believe in guilty pleasures, and, much as I love a well-researched history or a weighty work of literature, I have a mile-wide soft spot for good genre fiction. And if you’re hooked and need more, The Exalted, the sequel to The Diminished, was released last year.


Barry Wolverton and Dave Stevenson
Vanishing Island, 2015 (Middle Grade, Adventure)
In the first book in The Chronicles of the Black Tulip series, 12-year-old Bren gets more than he bargained for when he runs away to adventure on the sea. He’s stuck cleaning the vomitorium — at least, until a strange sailor gives him a curious coin.

Various authors
Memphis Noir, 2015 (Mystery)
Uncertainty seems to be the new normal, so why not double down with this hardboiled collection of Memphis mystery fiction?


Jesmyn Ward
Sing, Unburied, Sing 2017 (Fiction)
This is one of the best books published in recent memory. For Southern readers who missed this novel when it took the literary world by storm, can there be a better time to catch up?


Eudora Welty
The Collected Stories of Eudora Welty, 1980 (Fiction)
Everyone should own this collection of short stories. End of story.


Donna Tartt
The Secret History, 1992 (Fiction)
Scandal, youth, friendship, murder. Donna Tartt’s first novel is set in New England, but she’s a Mississipian, so we’ll claim her for the Delta. The Secret History tells the tale of six close-knit college students — and one murder.


Larry Brown
Dirty Work, 1988 (Fiction)
Two men — one black, one white — share stories from their adjacent beds in a VA hospital. Both men were born and raised in Mississippi, and both fought in Vietnam.

Katy Simpson Smith
The Everlasting, 2020 (Fiction)
Why not trip the light fantastic through a four-part, epoch-spanning story set in Rome? Smith explores the primordial power of love and faith through the shifting lens of history. And, as Smith told me in a recent phone interview, “Looking at the world in terms of 2,000-year chunks of time instead of two-week chunks of time is maybe a healthy way to approach this current crisis, too.”


William Faulkner
The Reivers, 1962 (Fiction)
Some Faulkner fans discount his final novel because it eschews the complicated structures he’s famed for in favor of a more straightforward narrative. But this story of Mississippi country boys stealing the first car in Yoknapatawpha County to drive to Memphis is right up there with Absalom, Absalom! for me. 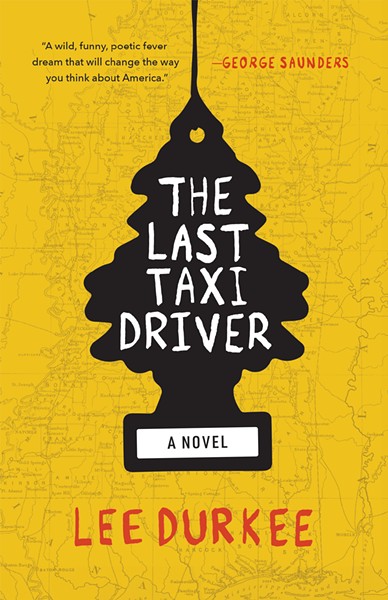 You can find these books (and others) at local bookstores Novel and Burke’s Book Store. The Ask Vance Collection is available here.