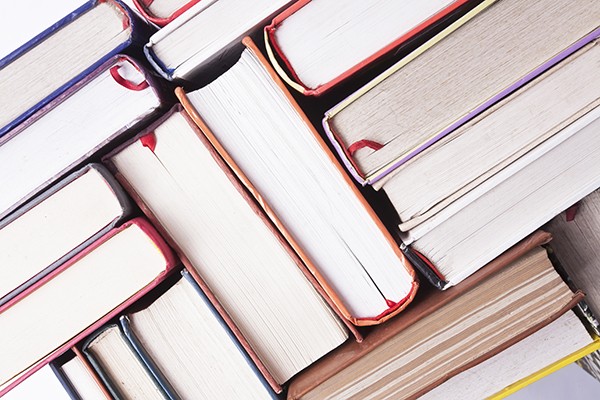 We’re normally treated to best-of lists during the holidays, or when most people are otherwise distracted from reading and deterred from contemplation. But quarantining and social-distancing provide the perfect setting to catch up on those must-reads. Here, then, is one journalism professor’s list of the best non-fiction books of the last 10 years. Many carry a strong social-justice message. All are powerful, page-turning narratives.

1. (2010) Bloodlands: Europe Between Hitler and Stalin by Timothy Snyder
Based on sources in nearly a dozen different languages, this jolting account of the murderous policies that decimated eastern Europe will broaden the way you think about World War II.

2. (2010) Cognitive Surplus: Creativity and Generosity in a Connected Age by Clay Shirky
A definitive rebuttal to the Internet-is-bad crowd, Shirky makes a persuasive defense of the many virtues of social media.

3. (2010) The Emperor of All Maladies: A Biography of Cancer by Siddartha Mukherjee
Humanity’s long struggle to identify, treat, and vanquish cancer is told in this riveting medical history that is, at turns, scientific and philosophical alike. [Pulitzer Prize winner]

4. (2010) The Immortal Life of Henrietta Lacks by Rebecca Skloot
A snapshot in the history of cancer turns out to be a singular part of the scientific quest to understand and defeat it. But Skloot’s most powerful contribution is introducing readers to the unforgettable Lacks family.

5. (2010) The New Jim Crow: Mass Incarceration in the Age of Colorblindness by Michelle Alexander
Alexander wasn’t the first person to explain the systematic exploitation of Black people in the post-civil rights era, but her influential book more than any other put the prison-industrial complex on trial and probably contributed the intellectual underpinnings of the Black Lives Matter movement.

6. (2011) The Warmth of Other Suns: The Epic Story of America’s Great Migration by Isabel Wilkerson
A book so beautiful, so lyrical even, that you will feel as though you’ve come to terms with something significant about American history, shared in the experience, and learned from it.

7. (2012) Brothers: On His Brothers and Brothers in History by George Howe Colt
Equal parts memoir and history, this book tells fascinating stories about such families as the Booths, Kelloggs, van Goghs, and Marxes, often in ways that richly illuminate the more famous siblings.

8. (2012) Full Body Burden: Growing Up in the Nuclear Shadow of Rocky Flats by Kristen Iversen
Maybe the best memoir in the last decade, Iversen’s arresting look at life in the shadow of a toxic waste site exposes the environmental predation rampant in our society.

9. (2012) The Price of Inequality: How Today's Divided Society Endangers Our Future by Joseph E. Stiglitz
Stiglitz catalogs the many policy choices in America that keep rich people rich and poor people poor.

10. (2013) Capital in the Twenty-First Century by Thomas Piketty
Piketty’s sweeping study of inequality shows that capitalism’s defects are both structural and political and thus inherently undemocratic unless checked.

11. (2013) Command and Control: Nuclear Weapons, the Damascus Accident, and the Illusion of Safety by Eric Schlosser
The terrifying suspense in this book hearkens the film Chernobyl as it details how catastrophically a number of secret mishaps could have gone, including the accidental explosion in 1980 of a nuclear missile in central Arkansas. [Pulitzer Prize finalist]

13. (2014) Mortality by Christopher Hitchens
One of the smartest critics of the last quarter-century, the late Christopher Hitchens suffered no fools, even when he was diagnosed with cancer. His reflections on life and politics are characteristically fearless.

14. (2014) The Sixth Extinction: An Unnatural History by Elizabeth Kolbert
The planet changes every day, most of it marked by loss of life, and Kolbert chronicles it compellingly, whether she’s traipsing through bat caves in New England or exploring Panama for golden frogs. [Pulitzer Prize winner]

16. (2015) Between the World and Me by Ta-Nehisi Coates
Heartbreaking journey through the looking-glass of race relations in America, as told in a letter to his son. [Pulitzer Prize finalist]

17. (2015) Sapiens: A Brief History of Humankind by Yuval Noah Harari
A brisk and lively account of where we came from and how we got here.

18. (2016) Dark Money: The Hidden History of the Billionaires Behind the Rise of the Radical Right by Jane Mayer
Mayer’s investigation pulled up the rock to show the dirty money sloshing underneath.

19. (2016) Evicted: Poverty and Profit in the American City by Matthew Desmond
Desmond’s stunning account of how fragile the American cycle of housing and homelessness is stems from his immersive journalism and a thoroughgoing but compassionate sociology. [Pulitzer Prize winner]

20. (2017) Killers of the Flower Moon: The Osage Murders and the Birth of the FBI by David Grann
This shocking detective story about the Osage in Oklahoma will haunt you, as few murder mysteries can, because of how it intersects with that unique horror of Americana — namely, its racism.

21. (2018) Frederick Douglass: Prophet of Freedom by David W. Blight
Blight manages to humanize this icon, with all his fears and flaws, while still conveying his charisma, intellect, idealism, and sheer bravery. [Pulitzer Prize winner]

22. (2018) Like War: The Weaponization of Social Media by P.W. Singer and Emerson T. Brooking
A scary explanation of our online world, told with enough examples to give you pause every time you read an article or see a picture.

23. (2018) The Perfect Weapon: War, Sabotage, and Fear in the Cyber Age by David E. Sanger
The cyber wars more commonly associated with science-fiction are demonstrated with chilling clarity in this frightening examination of our many digital vulnerabilities.

24. (2019) Say Nothing: A True Story of Murder and Memory in Northern Ireland by Patrick Radden Keefe
This deeply reported history of The Troubles reveals all the irony, tragedy, and craziness that beset Northern Ireland, starting in the late 1960s. And it speaks volumes about the power of memory in every era.

25. (2019) She Said: Breaking the Sexual Harassment Story That Helped Ignite a Movement by Jodi Kantor and Megan Twohey
Journalism procedurals aren’t as common as their police counterpart, but when they’re done well they’re just as exciting and, in this case, hugely consequential. All the President’s Men for the 21st century.
Joe Hayden is a professor of journalism at the University of Memphis.