Tomorrow Isn't Promised: My reflections on a fatal accident along I-240 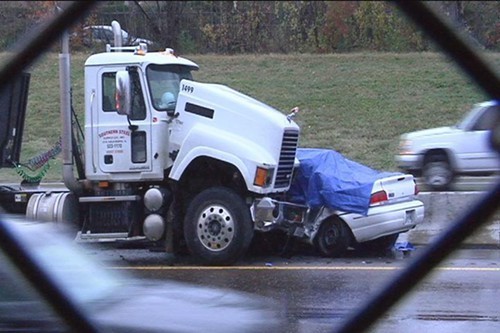 Yesterday (Nov. 26th), I took a detour to get to work. I usually take Poplar or I-55 to get to the Memphis Flyer headquarters.

Traffic had been backed up lately on I-55 due to road construction, so I decided to take I-240 instead.

As I took the I-240 North exit toward downtown, I noticed that cars were backed up. It appeared that I decided to take this exit on the wrong day.

After accelerating 2mph every so often for about five minutes, cars began to increase pace. That's when I noticed southbound vehicles on I-240 were backed up as well.

Approaching the exit for South Parkway, I saw multiple police cars, a fire truck, and several cars parked on the side of the road. People were standing outside their cars in the rain, looking on at something I could not see. As I drove a few more feet up, I saw a Mack Truck with a white car smashed on the side of it.

The image brought a cold feeling across my body. Inside of my mind, something told me that it was a good chance whoever drove the car didn’t make it.

Still in awe, I slowly drove on to take the Union Avenue exit. I was in shock as I drove through the traffic lights along Union. The image of the crashed car was burned into my mind. 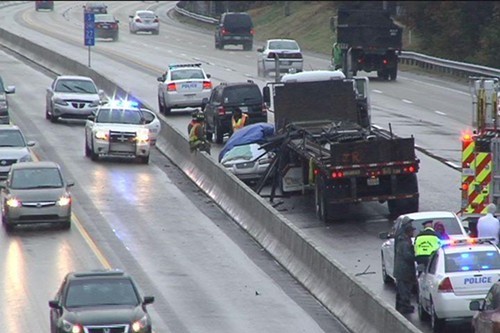 It made me reflect on a roadway accident that I was involved in, where I could have lost my life. It was my sophomore year at the University of Memphis. Christmas break had come around, and I was heading home to see my father in Chattanooga.

I was in my Honda Accord, which already had some wear and tear on it (prior to leaving, I had been involved in two fender benders and a hit and run with an old Silverado pickup truck).

As I came off of I-565 East in Madison, Alabama, I traveled down a small hill. I drove calmly in the right lane as I went through several lights, passing gas stations and fast food spots. I noticed an 18-wheeler in my rear-view move over into the left lane.

As the 18-wheeler got halfway in front of me, the driver — a middle-aged male — began to merge over into my lane. It seemed as if he was oblivious to my much smaller automobile.

The semi-trailer portion of the big rig slammed repeatedly into the driver’s side of my car. The impact sent my Honda swerving in and out of the lane. I was eventually knocked off the road and into a ditch.

I didn’t see my life flash before my eyes as I swerved, but it definitely terrified me (I was scared as a turkey in November). Fortunately, I came out of the accident without any bumps or bruises. The only casualty was the driver’s side of my champagne Honda Accord, which was completely dented in and lacerated.

After it was over, my perspective on life changed. I learned to appreciate everything much more — good and bad.

Looking back on the experience years later, I’m thankful that the Lord spared my life. I know that so many more people are less fortunate. In Tennessee alone, there have been more than 900 roadway fatalities this year thus far.

The incident on I-240 bothered me so much that I looked up the accident as soon as I got to my desk at work.

When I googled information on the crash at I-240, the search engine instantly revealed that the wreck left one individual dead and one person in critical condition. 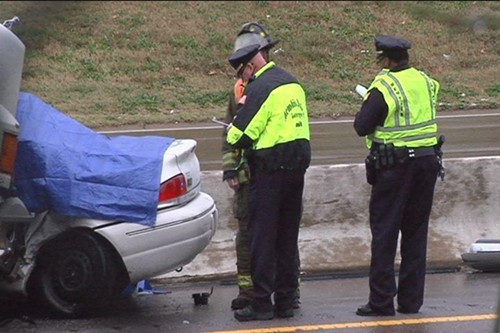 As the day went on, I received an update from the Memphis Police Department’s Public Information Office that revealed the crash’s details:

Upon arrival, officers located a three car crash at this location. The preliminary investigation revealed that Vehicle#1, 1997 Chrysler Cirrus, was traveling southbound on I-240 in the middle lane when the driver of Vehcile#1 attempted to change lanes striking Vehicle#2, 2000 Ford Taurus. After striking Vehicle#2, the driver of the Cirrus then struck Vehicle#3, 2009 Mack Truck, which was also traveling southbound I-240.

I’m still in awe that I saw the aftermath of the scene that left one person deceased, another critically injured, and many more with the wake-up call that it’s important to drive carefully, defensively and stay alert at all times.

It’s safe to assume that the driver of the Chrysler Cirrus didn’t think she would lose her life yesterday. It’s extremely unfortunate that it happened in such a gruesome manner.

Stating that, I’m a firm believer in the saying, “everything happens for a reason.” This should be another solemn reminder that life is not promised. You can lose it at any second.

May God be with all of the families involved and affected by the crash on I-240. I’ll keep you all in my prayers.