A Lesson on Black History Month 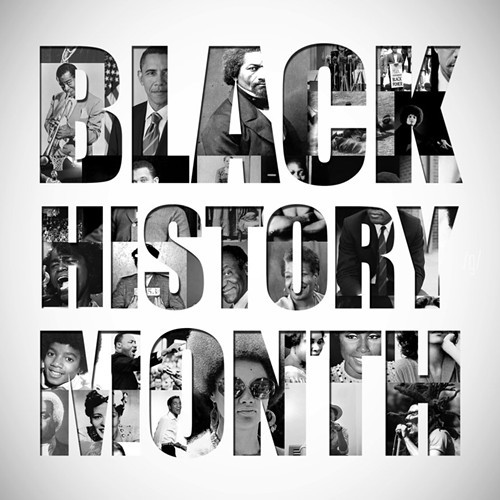 February is a special month for many reasons. Couples go out of their way to express their love for one another on Valentine’s Day. Everybody looks forward to the first Sunday of February to see the Super Bowl, even if only for the commercials and the halftime performances. And, of course, February is the shortest month of the year.

February is also a month designated to recognizing and celebrating the contributions of African Americans to the world.

In 1926, Carter G. Woodson launched "Negro History Week” in February, between the birthdays of Frederick Douglass and Abraham Lincoln, to acknowledge historical African-American figures. This later evolved into an entire month dedicated to black history in 1976.

Being an African American myself, I thought it was only right to share my own thoughts on Black History Month.

As a kid, I remember participating in events at my school for Black History Month. The most memorable was a speech I presented to my elementary school in Chattanooga about Frederick Douglass and how he escaped from slavery and later became a leader of the abolitionist movement.

As I got older, I learned more about historical black figures such as W. E. B. Du Bois, Harriet Tubman, Dr. Martin Luther King, Malcolm X, Huey P. Newton, and countless others who made courageous efforts to help African Americans enjoy the same rights as Caucasians.

In light of that, taking time out to learn about the contributions that my ancestors made to benefit my peers and I during Black History Month each year was somewhat of an obligation to me.

Unfortunately, this year I didn’t get a chance to do that. I didn’t attend any Black History Month events, nor did I increase my knowledge on local figures who played a role in sculpting black history. I could attribute this to a hectic work schedule, having to find a new residence, laziness, the list goes on; all are excuses.

However, I did speak with Arwin Smallwood, an associate professor of history at the University of Memphis. He’s also a distinguished lecturer on the efforts of Carter G. Woodson.

Smallwood took time out to provide me with a brief lesson on Black History Month and its significance among African Americans and society as a whole.

“When it started in the early 20th century, African Americans knew very little about their history,” Smallwood revealed to me. “During slavery, the vast majority of African Americans were slaves — as high as 95 percent. Most slave states didn’t allow for blacks to be educated. They couldn’t learn to read or write and certainly could not study their own history. So coming out of slavery, during Reconstruction and the early part of the Jim Crow-era, most African Americans were catching up. They were learning the basics — how to read, how to write...they were completely unaware of the contributions of African people and their connections to Africa, much less their contributions even during slavery to the American south and the country.

“You have to understand in a segregated south, most white children weren’t learning anything about African Americans beyond the fact that they were slaves and that they were ignorant and basically had not contributed anything to southern society, American society, much less world society,” Smallwood said. “Black History Month had a purpose. [It] was first to educate, enlighten, and inform African Americans who could then go out and inform others about the contributions of African Americans. And then as we come out of Jim Crow and segregation, it certainly had a great purpose, because the first time that many Americans in the south and really all over the country learned anything about any African-American history was during that month.”

Smallwood informed me that a dilemma among the African-American race is that a large portion of us have limited awareness to the contributions that many of our peers have made for us on a local level.

“I think that it’s important for local communities and local people to celebrate the contributions of those who are around them,” he said. “A lot of times, we tend to teach history from the top down —just the great figures: Harriet Tubman, Frederick Douglass, Martin Luther King, Malcolm X, Ida B. Wells, etc., and we often forget about the foot soldier in the Civil War who made up the [more than] 2,000,000 soldiers who fought and died to free millions of African Americans or the foot soldiers who were fighting in the trenches of World War I, who came home and might’ve been lynched or burned alive just because [they] had an uniform on. But these people are history makers too, and had it not been for their collective efforts, we wouldn’t have had the Civil Rights movement, [or] the contributions of black soldiers in World War I, World War II, the Civil War, [and the] Revolutionary War. I think it’s important, during the month, in the African-American community that we acknowledge the contributions of our parents and grandparents and great-grandparents and our sisters and brothers and people who are around us everyday who are helping to transform the city of Memphis and the country.”