Rock music isn’t a genre that a significant number of African-American artists experiment with, especially when they already have a background in gospel, R&B and rap. However, Jerroll “J. Chris” Christopher is breaking the mold with his band Harvest Mill.

A native of Millington, Christopher is the front man for the band, which is composed of Caucasian members excluding himself. The group is presently signed to Speak-rRr-Freak Entertainment (pronounced Speaker Freak), of which Christopher is a co-CEO. They're currently receiving a positive response to their track, "Blown Away,” which focuses on the battle between lust and true love and the pain it can cause.

Christopher said the song and its video are both inspired by an abusive relationship that his friend experienced and her unwillingness to leave because of the strong physical connection she felt with her partner. This unfortunately resulted in her death.

“[The song is] about being in any type of situation that’s not good for you,” he said. “I had a friend about 10 years ago who had a boyfriend. We worked at the same company. They were always arguing and fighting. I used to tell her, ‘I don’t like him. It’s something about him.’ I was trying to tell her, 'That dude is going to end up hurting you.’ And one day, we were at work and they called me in, told me to sit down, and let me know that she was killed by her boyfriend. That’s where that song and video came from. Now you see all of this domestic violence when you turn on the TV, and that’s what that song is about. That’s why I say, ‘The lust, the heat, the pleasure just makes me weak.’ It’s about being in a situation that you know you shouldn’t be in, but for some reason, something’s keeping you there.”

Aside from J. Chris, the band is composed of lead and rhythm guitarists Josh Barnett and Chris Payne, bass guitarist Josh Norman, and Brandon Parsons on drums.

"Blown Away," isn't the band's only track receiving a good response. Harvest Mill is also gaining popularity from their rap and rock mixed song “Make a Move,” featuring Pyu, another co-CEO of Speak-rRr-Freak Entertainment.

"It's calling for people to quit looking at a situation that they can help change. It's time to make a move," Christopher said.

"Make a Move" by Harvest Mill
Update Required To play the media you will need to either update your browser to a recent version or update your Flash plugin.

Another track is the passionate “Shot to My Vein,” which compares life struggles to sickness with music being the antibiotic cure.

"Shot to My Vein" by Harvest Mill
Update Required To play the media you will need to either update your browser to a recent version or update your Flash plugin.

“Chase” is another heartfelt track, which centers on love and deceit.

"It's about being in love and finding out the other person is unfaithful," Christopher said. "That moment when you have proof, and you want to hurt them bad, but you talk yourself out of it. That psycho moment!"

"Chase" by Harvest Mill
Update Required To play the media you will need to either update your browser to a recent version or update your Flash plugin.

“Harvest Mill falls into more of the contemporary rock genre, and we kind of coined the phrase 'urban alternative.' There’s an urban influence on a lot of the music,” Christopher said. “It’s rock now, but it still has the urban influence. Even though we’re rocking with guitars, we still give you that beat to bob your head to.”

Prior to experimenting with rock, Christopher sang gospel (he's the child of two pastors) and R&B and also engineered and produced for rap artists such as La Chat, Kingpin Skinny Pimp, Kinfolk Kia Shine, and others. However, he said none of those genres provided him with an outlet to express his darkest emotions like rock does. 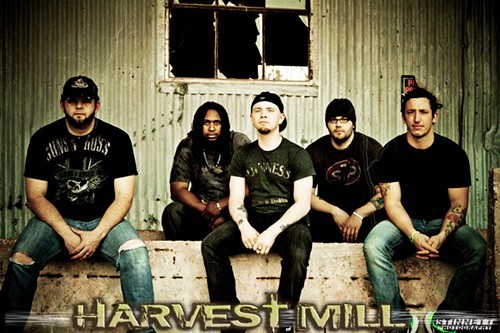 “When my friend died, I had no other way to express myself but through [music],” he said. “We were very good friends. When stuff like that happened, R&B didn’t do it. Gospel would’ve helped, but rock was a way for me to get those hard feelings out. [The band's] music is about our struggles in life. Music is a way for me to express my darkest thoughts in a constructive way where I don’t hurt myself or hurt somebody else. Sometimes you need an outlet to get some things out, and that’s what Harvest Mill does for me. [We’re a] young, energetic band that likes to have fun on stage, but we’re talking about some things that some people may not want to talk about.”

Christopher said he’s not worried about taking a different musical path than some of his African-American peers. He also aims to help influence African-American youth to explore their diversity and experiment with genres, such as rock, that may be outside their comfort zone.

"Everybody’s jumping into rap, because they think it’s a means to make money and they don’t understand even rap takes work,” he said. “No matter what you do, you’re going to have to work at it. I want black kids to get more involved [in genres other] than just rap and R&B. I want them to start seeing that there’s more music out there...there are different things that we can do. We don’t all have to strive to be Lil’ Wayne. You can strive to be your own person.”

Harvest Mill is presently working on their latest single, which is currently untitled. The group plans to release an EP by the summer. Speak-rRr-Freak Entertainment is currently planning its "Speak-rRr-Fest" on June 29th at 1884 Lounge inside Minglewood Hall. The event will be a cross-genre show featuring the label's rap and rock artists.

Christopher isn’t new to music. In the early 90s, he was part of the group Adagio, who were commissioned by the public relations firm Walker and Associates to write a jingle for McDonald's. He also used to own the production company, LauRog/Guillotine, along with partner Brandon “Ghostchild" Hunt (who currently owns the label, Space Hood Music Group).

Check out the McDonald's commercial featuring Adagio below.