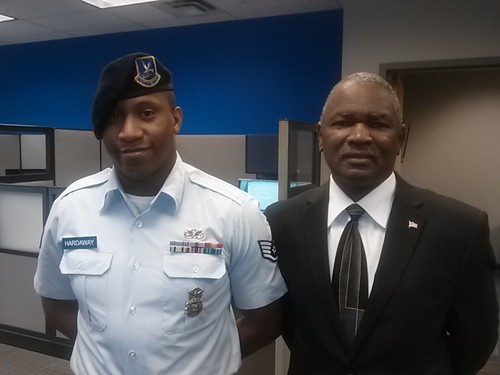 For nearly a century, November 11th has been recognized nationwide as the day to honor those who have served in the military to preserve our country's freedom.

However, for some, Veterans Day is also a solemn reminder that many of these same individuals who invested their time and sacrificed their lives for the United States are plagued with the hardship of being homeless, suffering from substance abuse, mental illnesses, unemployment, and other challenges.

In Memphis, 30 percent of all homeless people are veterans, according to Alpha Omega Veteran Services (AOVS). Since 1987, AOVS has provided resources, housing, and services to 8,000 veterans.

“We try to get every single one of [the city's homeless veterans] some form of housing, and we try to get them the tools they need to get back in society," said combat veteran and AOVS member Jerome Hardaway. "We help guys with [post-traumatic stress disorder] and physical disabilities."

AOVS provides readjustment counseling to veterans so they can socially re-integrate back into society. This involves helping veterans learn how to cope with negative events of their military history, overcome their battle with substance abuse, and obtain employment or housing.

The veterans that AOVS services range from those who participated in World War 2 to Operation Iraqi Freedom. Hardaway said the only requirement to receive assistance from AOVS is to be a veteran that didn't have a dishonorable discharge.

"We cover the whole stake, from the 1940s to now. We don’t ignore anybody," Hardaway said. "We don’t turn anyone away, because they’re not a combat vet or from a particular era of war. Everybody gets help. The youngest veteran learning the tools to cope with PTSD is 23 years old, having served two tours in Afghanistan. The oldest veteran is 81, suffering mental and physical disabilities due to the Vietnam War."

Hardaway is an Afghanistan and Iraq veteran. He served six years as a Phoenix raven, which is a component of the U.S. Air Force Security Forces.

He said AOVS assists more than 120 veterans (75 to 90 of them are combat veterans) a year and boasts a 98 percent success rate. Hardaway said it’s disheartening to know that there are so many veterans suffering from homelessness, substance abuse, and other burdens in Memphis and across the country.

"You don’t come back home the same as you left just due to the fact that you’re dealing with the ideology from going from just a normal person to having taken lives," Hardaway said. "And then you’re trying to cope with that. It’s not as easy as it seems on a video game. You can't just press reset. It’s life-changing. And one of the things that pushes me is that it’s hard watching someone having to learn how to deal with that."

The organization’s primary headquarters is located at 1183 Madison Ave. For more information on AOVS, how to donate to the organization, or volunteer for it, visit www.aovs.org