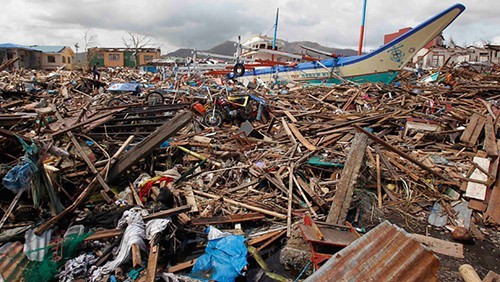 On November 8th, Typhoon Haiyan, one of the most devastating storms in history, claimed the lives of at least 2,000 people in the Philippines.

Nearly 2,000 bodies have been counted by officials thus far, but there are potentially thousands more who haven't been found due to the heavy debris scattered throughout the island. According to the Philippine government, more than two million people need food aid — nearly 300,000 of them are estimated to be pregnant women or new mothers.

Touched by the catastrophe, the University of Tennessee Health Science Center (UTHSC) will be raising money to aid the victims of Typhoon Haiyan. On Wednesday, November 13th, UTHSC will have two on-campus fund drives. The first fund drive will take place from 9 to 11 a.m. in the lobby of the General Education Building (8 South Dunlap). The second one will occur from noon to 3 p.m. in the lobby of the 930 Madison Plaza Building.

"These two fundraisers are being held in two different campus locations in Memphis to give our faculty, staff and students the opportunity to more easily donate to this important relief," said Ken Brown, executive vice chancellor and chief operations officer for UTHSC. "Our institution held exactly the same type of relief efforts in 2010 after the earthquake in Haiti and the flooding in Pakistan. People who are committed to health care have a strong desire to serve others, especially when the suffering is so great. It doesn't matter that the typhoon victims are a world away. We want to reach out to support them in whatever ways we can as quickly as we can."

Aside from UTHSC students, faculty, and staff, the institution encourages the community to participate in either of the two fund drives (or both) to contribute funds that will help countless lives affected by Typhoon Haiyan.

For additional information on how to participate or contribute, contact (901) 448-1164 or email phouston@uthsc.edu.