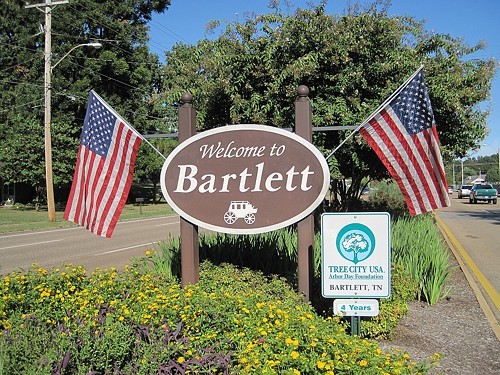 According to a recent statewide study conducted by consumer advocacy website NerdWallet, Bartlett is the best place in Tennessee to seek employment.

NerdWallet analyzed communities across the state with a working-age population (ages 16 and older) greater than 20,000 for the study, which was titled "The Best Places in Tennessee for Job Seekers." The study was based on a city’s growth in the working-age population, median household income, monthly homeowner costs, and unemployment rates from 2009 to 2011.

The list of communities were narrowed down to the top 10 locations in Tennessee that attracted workers and exhibited a trend of upward population growth over the two-year period. The study revealed that there was a 13.9 percent increase in the working-age population in Bartlett. Furthermore, Bartlett households earned a median income of $75,988 from 2009 to 2011.

Another Shelby County town highlighted in the study was Collierville. The town was labeled the third best place to obtain employment in Tennessee. According to the study, Collierville saw a 9.1 percent increase in the working-age population, and households earned a median income of $102,298.

To check out "The Best Places in Tennessee for Job Seekers," click here.