Reppin' For Memphis: My Review of Yo Gotti's I Am 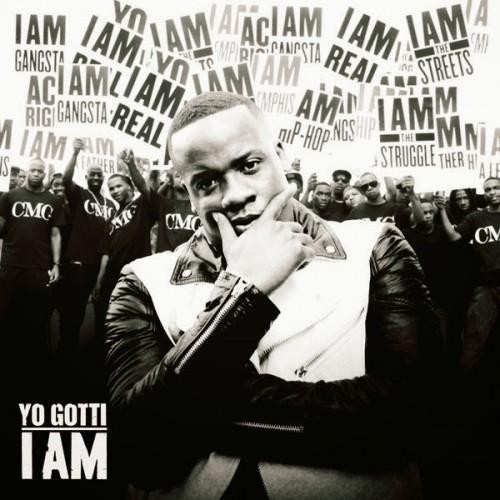 It’s been more than a decade since North Memphis-bred lyricist Yo Gotti dropped his underground debut album From Da Dope Game to The Rap Game. And the artistic growth that he’s managed to acquire over the years following its release manifests significantly on his sixth album, I Am.

Gotti refrains from switching up the formula that’s gained him popularity in the past on the album; the tales of street life, being one of the most authentic spitters in the rap game, and enjoying the spoils of hard labor are all present on I Am. But there is a sense of growth in Gotti's perspective on life as well as his ear for production.

On the album’s opening track and namesake, “I Am,” Gotti reminisces on his rags to riches story of going from dope-peddling in Memphis to generating millions from his words. “I used to save pennies, now I stay next door to Penny Hardaway,” Gotti spits on the song. He also uses the track to reveal the meaning behind the album's moniker: “I am the struggle. I am the hustle. I am the city. I’m the pot in the kitchen."

“Don’t Come Around” is a well-crafted song that features singer Kendall Morgan. On the song’s first verse, Gotti drops bars about both the respect and disloyalty that comes with being a prosperous street hustler. However, he takes a different approach on the song’s second verse, requesting the attention of young women wrapped up in social media. “Half-naked pictures but you’re looking for a gentleman," Gotti says, alluding to how the image that ladies portray online can potentially have a detrimental effect.

Elements of The Luniz’ “I Got 5 On It” are incorporated in the beat of the Rich Homie Quan-featured “I Know.” And “Sorry” finds Gotti sending a sarcastic apology to those he's offended or hurt with his candid, nonchalant attitude.

One of the album’s best records is the Meek Mill-assisted “F-U.” Over a bass-filled beat perfect for any set of subwoofers, the two artists deliver hard-hitting flows in an I-don't-give-a-damn fashion.

Gotti opens up about the complicated relationship he shares with his child’s mother on “Pride To The Side.” He also addresses a childhood friend that he hustled with who resorted to using the product they were selling on the song.

I Am is Gotti’s first release under Epic Records, which is also home to his CMG imprint. The project's cover art displays Gotti standing in front of a group of men wielding signs that state things like “I Am Memphis,” “I Am The Struggle,” “I Am The Streets,” and “I Am Real.” The cover art pays homage to the Memphis Sanitation workers who went on strike in 1968; many of the workers held signs that stated “I Am a Man” while they protested.

Another highlight on I Am is “Cold Blood,” which features a verse from thriving lyricist J. Cole and a heartfelt chorus from Canei Finch. Gotti and Cole both spit stories about underprivileged youth who fall victim to crime-filled lifestyles over a soulful track that samples The 24-Carat Black's "Poverty's Paradise.”

Other solid records include the Ne-Yo and Wale-assisted song, “Respect That You Earn,” which questions ladies who demand respect but carry themselves in an unclassy manner; the bass-ridden record “Die A Real Nigga”; and the Bay Area-influenced “Act Right,” which features Jeezy and Y.G.

Gotti’s transition from dominating the underground rap circuit to enjoying mainstream success with hits like “5 Star” and “Men Lie, Women Lie” convey that hard work pays off. And he continues to utilize the very same work ethic that's brought him to this point in his career on his latest project. Although Gotti doesn't sway too far from his usual topics on the album, he doesn't display any signs of decline creatively either. After more than 10 years in the game, Gotti still has the ability to provide listeners with quality music and this is evident with I Am.

Show information: On Thursday, November 28th, Yo Gotti will be performing at Minglewood Hall (1555 Madison). The show starts at 8 p.m. Tickets are $25. For more information, contact 901-312-6058 or visit minglewoodhall.com