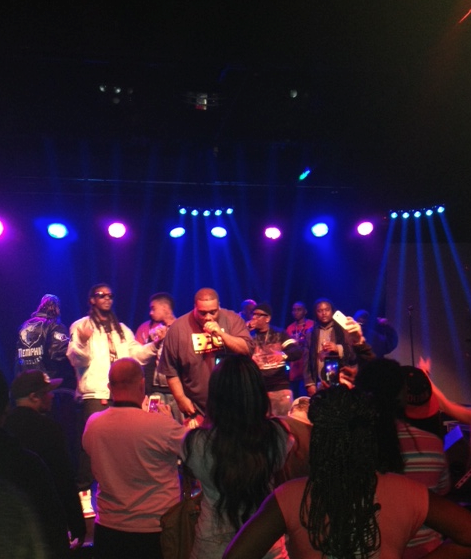 A few of the city’s notable rap artists came out to show support, including DJ Zirk (who actually hopped on the turntables for a second), Lil Wyte, Miscellaneous, Jason Da Hater, and Snootie Wild. Dennis Graham, the father of hip-hop star Drake, was even in the building.

After mingling with friends and supporters, Frayser hopped on stage to perform a couple cuts off Not No Moe. And fellow Bay Area representative Lil Wyte grabbed the mic to perform “Oxy Cotton” from his 2003 debut, Doubt Me Now.

Check out some brief footage I captured on my phone of the performances below.