Jimmy Ogle is chairman of the Shelby County Historical Commission and a Memphis history buff. He has led thousands of visitors on walking tours of downtown and provides commentary on riverboat sightseeing trips. So he has a keen interest in the controversy over Forrest Park that flared up again this year.

What grates Ogle almost as much as the frequent theft of historical markers is the amount of myth and misinformation about not just the park but downtown history in general, particularly in regard to the Civil War and civil rights. With his help, I compiled this list of the Top 10 Myths about downtown history.

1. There is a granite block from which slaves were auctioned in Auction Park near the bridge to Mud Island: Ogle says trolley drivers, carriage drivers, and motor coach tour operators help perpetuate this myth. Auction Avenue, renamed A.W. Willis Avenue, does indeed have a granite marker, but it was not placed there until 1924 by the Colonial Dames. "I do not think that Memphis was active in slave trading in that year, do you?" Ogle said.

2. Confederate general Nathan Bedford Forrest was originally buried in Forrest Park: He was buried in Elmwood Cemetery in 1877 and moved to the park in 1904, along with his wife. Moving him back to Elmwood would be problematic, Ogle says, because the family plot has no space. It is crowded by a large magnolia tree and the burial place of Memphis historian Shelby Foote.

3. Forrest is the most prominent Southerner from the Civil War so honored in downtown: Arguably, the statue of Jefferson Davis, president of the Confederacy, is more prominent, as it stands on Front Street in Confederate Park in the heart of downtown. Another city park, Jefferson Davis Park, is just below that on Riverside Drive. Davis, who lived in Memphis after the war, has somehow remained largely unscathed in recent monument controversies.

5. Memphis was a Southern stronghold during the Civil War: In fact, Memphis was occupied by the Union Army for most of the war and served as a strategic outpost for generals Ulysses S. Grant and William Tecumseh Sherman. 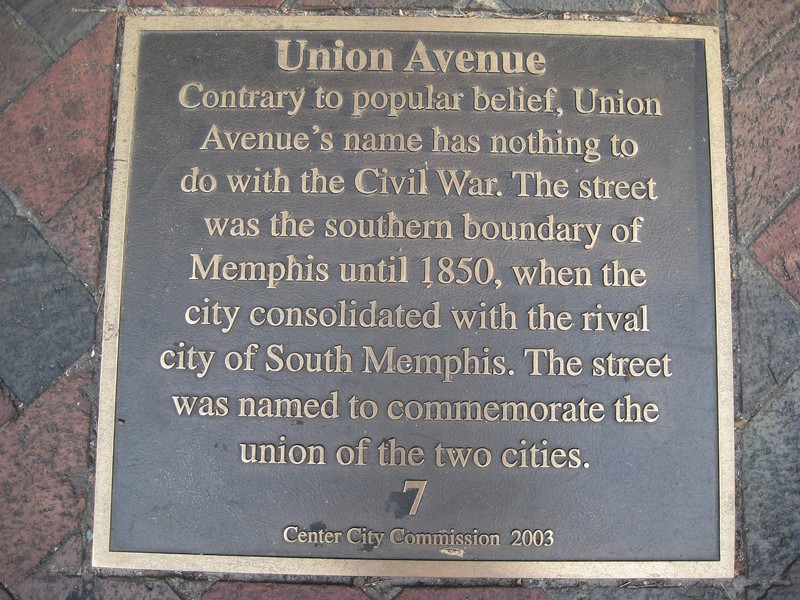 6. Union Avenue gets its name from the Civil War: This is an Ogle favorite. "The name had nothing to do with the Civil War Union occupation nor the merger with South Memphis in 1850," he said. Our city's original street names, including Union, are on the original survey and map of 1819 — more than 40 years before the onset of the Civil War. The main east-west streets honor the first five presidents and Memphis founders Andrew Jackson, James Winchester, and John Overton.

7. Forrest and Davis are the only segregationists with a prominent public landmark named for them: The Clifford Davis Federal Building is named for KKK-member Davis, a city judge from 1923 to 1927, vice mayor 1928-1940, and congressman 1940-1962. The building was co-named for African-American federal judge Odell Horton in 2007.

8. Clayborn Temple across from FedExForum was the site of Martin Luther King's "I've Been to the Mountain Top" speech: King gave that speech at Mason Temple, which is about a mile south of Clayborn Temple. King led a march in 1968 from Clayborn Temple. In 2012, a segment of Linden Avenue was renamed to honor King.

9. The Pyramid was Sidney Shlenker's idea and he sold it to Memphis "hook, line, and Shlenker": The Texas promoter came on the scene to try, unsuccessfully, to develop the Pyramid after it was built. Memphis businessman John Tigrett was the driving force behind the Pyramid.

10. Hernando DeSoto discovered the Mississippi River in Memphis: A plaque in Chickasaw Heritage Park next to the National Ornamental Metal Museum says DeSoto "viewed" the river "in the area" in 1541. Note the careful hedging. Historians believe the more likely point of discovery was about 100 miles south, in Mississippi.

Now you know. What's more, Mud Island is not an island, the Pinch was first settled by "pinched-gut" Irish refugees from the potato famine, and downtown Memphis was not flooded in 2011, unless you count Riverside Drive. As ABC News anchor Diane Sawyer said then, all we can do is pray.