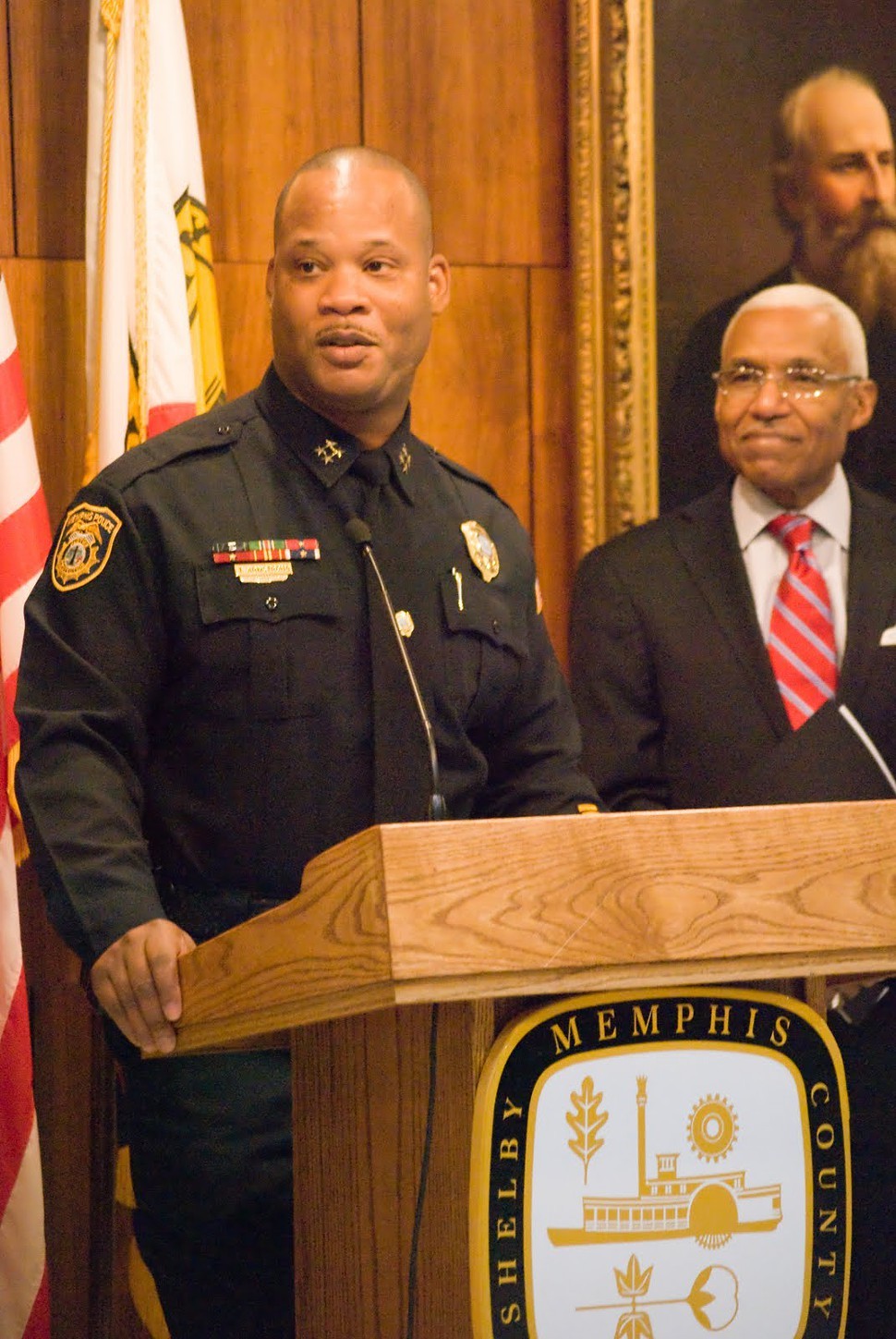 Toney Armstrong, a 22-year veteran of the Memphis Police Department, will succeed Larry Godwin, who is retiring as police director.

Armstrong, 44, was introduced to the media by Mayor A C Wharton on Tuesday. He will begin his new job on April 14th. Armstrong previously worked in organized crime, robbery, and homicide, including the Lester Street murders. He was a fan favorite on the A&E television program The First 48.

He has been deputy director since April of 2010. Both he and Godwin grew up in North Memphis in homes without fathers. Godwin warmly embraced Armstrong and promised that there will be a smooth transition. Wharton recalled cross-examining Armstrong when the mayor was a defense attorney.

"He shot straight, and he's going to shoot straight in this job," Wharton said.

Armstrong thanked his mother and promised to enhance community relations. The department has 2,400 officers and a $200 million budget.