Rube: The Coolest Guy I Ever Knew 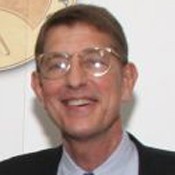 Some people are great musicians, some are great singers, some are great talkers or great athletes. John Michael Rubenstein, "Rube" to his friends, died this week at his home in Jackson, Mississippi at the age of 60. He had the gift of "cool."

Rube was the executive director of the Mississippi Sports Hall of Fame and, before that, a first-rate television sports anchor and reporter for WLBT in Jackson. He was a man of the world, a Vanderbilt graduate, a native of Booneville, and one of my first friends when I moved to Nashville 40 years ago.

We were waiters at the University Club at Vanderbilt, wearing white coats and black pants and toting trays of drinks and iced tea and sandwiches to the faculty at lunch and dinner. Rube and the professional waiters, all of whom were black, had a presence that set them apart from the rest of us, and it was recognized by our boss and our customers. They might look down on us, but they didn't condescend to Rube, a skinny guy with a hawk nose and a one-liner for any occasion.

Seven years later, after I moved away and came back to Mississippi, we reconnected at the Mayflower restaurant. He was the sports anchor at WLBT and I was working for UPI, which was supposed to deliver sports scores for the late-night newscast. If the Atlanta bureau was late, which it often was, Rube let us have it.

"UPI snooooozing in Atlanta," he would say if the Braves score was missing.

Or "You can't spell stupid without u-p-i," his favorite.

I loved it, and him, even as he ripped us. His voice, his delivery, was so damn cool.

After work we would meet at the George Street Grocery for drinks, where a bartender named Cotton would welcome us. Politicians and lobbyists and even future governors took a back seat. Rube was the man. He could talk politics, sports, books, travel, you name it, and sound smarter than anyone at the bar.

And women. Once we were discussing the merits of some beauty and speculating about what circumstances, if any, might allow a man to engage in relations with her. After endless blather, Rube summed it up.

After I moved to Memphis, a trip through Jackson usually included a meal with Rube at Hal and Mal's restaurant or a driving tour of downtown or Farish Street or Belhaven. Rube had as sharp an eye for urban renewal as any PhD and knew more about the city than any developer or professor. His language was pure Elmore Leonard. On a pro football player's investment in downtown he said approvingly that "he didn't buy a bigger Bentley."

He was a huge fan of Jackson State's football team, marching band, and dance team, especially Mearl Purvis, now a Memphis news anchor. His annual holiday card featured him grinning with a line of beautiful J-Settes.

He vowed that the hall of fame would not be "jock straps under glass." He would open up early for me and my children so I could point out the tennis players I remembered or the athletes I recognized or make a lame attempt to recreate the broadcast call on Billy Cannon's Halloween touchdown punt return against Ole Miss in 1959. From Archie Manning to Walter Payton, Rube knew all of the great athletes from the seventies on. And they knew and respected him, as Jackson Clarion-Ledger sportswriter Rick Cleveland noted in this piece.

Rube was a gentleman, a runner and swimmer, a world traveler, a reader, a gardener, a Final Four fan, a proud Mississippian, and a great friend. I had a bad feeling things had gone south when I didn't hear from him for several months by phone or email this football season. He once said he didn't have a cellphone because "nobody told me they can't find me." He went out bravely, without self pity, complaint, or long farewells. Cool.