Naifeh Is Wrong on Segregation Claim 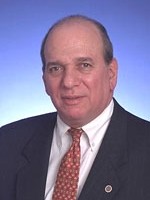 One more time: Shelby County schools are not segregated. They are white schools only in the sense that a slim majority of the students in the 46,249-student system are white.

The latest offender to use this inflammatory generalization is Tennessee state Representative Jimmy Naifeh, who ought to know better. As a lifelong resident of Tipton County, he attended public schools that really were segregated by law in the 1950s. Naifeh was in high school in 1954 when the U.S. Supreme Court issued its landmark decision in Brown v. Board of Education and in 1957 when President Eisenhower ordered troops to Little Rock to safely integrate Central High School.

The racial imbalance in public schools in Memphis, Shelby County, and Tipton County today is the result of many factors, but segregation by existing law is not one of them.

According to the Tennessee Report Card, there are 17,513 black students (37 percent) and 24,849 white students (52 percent) in the Shelby County public schools. Another 10 percent of the students are Asian or Hispanic.

The Memphis City System has 102,798 students, including 94,299 blacks (83 percent) and 8,917 whites (8 percent). NOTE: Counting students is controversial and an inexact science. The "average daily membership" for MCS differs from the "demographic profile," which says MCS has 113,571 students. This is why the percentage of black students is 83 percent.

Private schools in Shelby County generally do not list racial breakdowns of students on their web sites.

But it is safe to say that Shelby County schools are more racially diverse than the Tipton County, Memphis, or private school systems.

At the individual school level, several of the 207 schools in Memphis are at least 99-percent black; there are a few elementary schools, including Campus, Richland, and Grahamwood, that are majority white.

In the Shelby County system, the demographic outliers are Southwind High School and its feeder schools, all of which are at least 90 percent black. Those schools are in the Memphis annexation area but are operated by Shelby County. The schools with the highest percentage of white students are in Collierville, but they are integrated to a degree that would have been unimaginable — not to mention illegal — before 1954.

The high school that Naifeh attended is closed. Tipton County has three high schools; the percentage of white students ranges from 47 percent to 82 percent.

You can spend hours looking at demographic trends and statistics. My point is simply that "segregation" is the wrong word to describe Shelby County schools. Self segregation is not legal segregation. That is not to say that there are not issues of race and class in the school merger debate, especially if private schools are included in the picture. A few years ago, federal judge Bernice Donald ruled that the county schools should be more racially balanced at the individual school level, but she was overruled.

We don't know yet what the municipal school systems would look like or even if there will be such things. If they were to include their current city residents only, then the schools in Collierville and Germantown might well be less diverse than they are today. But in order to fill their buildings and keep their teachers working, the munis need to boost enrollment and include students from unincorporated or annexation areas.

I have watched the clip of Naifeh's remarks several times. I think he was trying to cut to the chase. This is a time for straight talk, but segregation is not quite the right word.