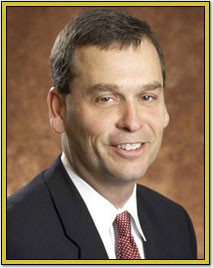 There's a Memphis angle in a major business story that's getting a lot of attention in the national and international media but not so much in Memphis.

The Memphis-based Longleaf Partners Fund is the biggest shareholder in Oklahoma-based Chesapeake Energy, and managers Staley Cates and Mason Hawkins are quoted in stories this week about Chesapeake CEO Aubrey McClendon.

At the annual Longleaf shareholders meeting Tuesday at Theater Memphis, Cates joked that the firm "had 364,000 questions about Chesapeake, and all but three of them were hostile.”

At issue is McClendon, who agreed this week to relinquish some of his power following reports by Reuters and others about his personal financial dealings.

“We will participate in the process of finding a new non-executive chairman,” Cates said at the shareholder meeting, which was upbeat because Longleaf's Partners Fund is up 12 percent this year.

Cates and Hawkins emphasized their belief that the market often underrates good companies.

“Chesapeake's natural gas assets are arguably the best in the world," Cates said. "But having the best assets in the world don't mean a whole lot to Mr. Market right now. But long term its position is compelling.”

Additional comments from Cates at the shareholder meeting:

“The bottom line is, there are positives and negatives of partnering with mclendeon, as with anybody, and in our opinion the positives strongly outweigh the negatives, and the negatives have been very actively addressed.”

“While all of this would seem to be an indictment of Aubrey McClendon, don't lose sight of the long term value holding and staggeringly good results in monetization of that land which he has achieved.”

On Wednesday, the stock price of Chesapeake fell another 14 percent. As reported by Reuters, in a regulatory filing Longleaf said it will change the nature of its 13 percent holding in the company.