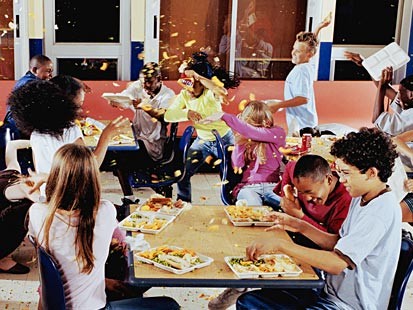 Good advice for anyone involved with or following the school systems merger story. Going into the home stretch, here’s what I think.

Kriner Cash. Usually there is a hard way and a less hard way. Am I the only one who thinks he is making this really hard? He had a contract that ended this summer. In 2011, after the charter surrender (which he opposed), Cash got an extension from a lame-duck school board that keeps him around until August of 2013 when MCS ceases to exist. But only if he chooses to stay. Which he seems disinclined to do considering that he applied for a superintendent job in North Carolina and, for all we know, some other places. His right-hand man, Irving Hamer, shot himself in the, uh, foot and had to leave. That falls mainly on Hamer but also partly on Cash. Cash does not pander to the media, which is his right, but his communications policies and his aloofness won him few friends, at a time when MCS needs all the friends it can get. Apathy is the enemy when your budget is bigger than the city's but only directly serves part of the population. His report card in a Yacoubian Research survey of MCS folks was not good. He played hardball with the Memphis City Council and Mayor Wharton during budget hearings, threatening to delay the start of the school year and getting national attention for it. In a grit and grind town, he has the trappings of celebrity. He is being credited with Gates Foundation money, but that is a bit disingenuous. I think Mr. and Mrs. Gates and some of their Memphis friends had more to do with that. Finally, why do superintendent contracts have to be as full of buyout clauses and loopholes as star coaches' contracts? Why is it so yesterday to fulfill a contract without complaint, no more no less? There is nothing stopping Cash from sending out a press release or calling a meeting to state his intentions about Memphis. If his views have changed or are evolving, so what? Who would not understand? Just tell us what you want. Or the Unified School Board calls a meeting June 11th and it comes out then.

Martavius Jones. Always thoughtful, always available, always on the job. Those of us who blew our horns for MCS charter surrender and unity with the Shelby County system have an obligation to play out the hand, bad as it looks. We knew it was risky. There’s no going back in the face of suburban sentiment to have their own school systems. Make the positive case for a unified, inclusive system and make compromises if necessary to see that it has a chance. If you invite white suburbanites to your party, don't be surprised when they act like white suburbanites.

Rev. LaSimba Gray and the black preachers. Several years ago, before this current fuss began, I was at a Shelby County school board meeting when the board was all white. Mr. Gray was there to discuss the black population in southeast Shelby County and its lack of representation on the school board. He left the meeting in a huff, muttering about “an all-white board.” Man’s got a point, I thought. But if you are doing a television interview about John Aitken, give him the courtesy of pronouncing his name right. (No s in it.)

Willie Herenton. Watching and waiting and biding his time. He will be heard from again. Twenty years ago, he saw the coming dissolution of Memphis schools as we know them, and he also saw and stated publicly the importance of keeping white people in the city.

John Aitken. The opposite of Cash in some respects as far as openness. Attends all the meetings, gets there on time, no bodyguards or driver, speaks to anyone and everyone. Sometimes it makes sense to hire the white person, and sometimes it makes sense to hire the black person. If the goal is a system with some sort of unity, Aitken would be a good hire, assuming he wants the job and can assure board members that he is his own man, not David Pickler's go-to guy. I don’t think this job needs – or would attract – a super-superintendent if a search were to be undertaken. Too much money and pull from education think tanks and consulting. MCS has had three outsiders – Kriner Cash, Carol Johnson, and Gerry House – as superintendents in the last 15 years. Good time to give an insider a shot. I like the idea of taking up Aitken's contract along with Cash's contract. The old county school board gave Aitken a two-year extension in 2011; otherwise his contract would have expired in 2013. Like the city school board, the county board was jockeying for position. If Aitken doesn't get the job, he gets paid through 2015. Question: would he want the job if the suburbs and their schools, including Houston High School where he was once principal, broke away? No harm in asking.

U.S. District Judge Samuel H. Mays. In his ruling on September 28, 2011, eight months he wrote, "The Court will appoint a special master to assist in implementing the Consent Decree and to resolve disputes among the parties." I don't really know what a special master does or if one would do any good, but why bring it up if you're not going to do it?

Charter schools. The basic impulse of proponents of charter schools and suburban school systems is similar. Both want independence from the mother ship, and both want to poach some of the students, funding, and teaching talent working for same. If charter surrender had not broken up MCS, charter schools would have done it eventually.

Teacher options and mobility. There is soon to be a bull market for good teachers, especially in math and science, and for principals. For years some of them have gone from MCS to private schools and DeSoto County to pick up a second pension and leave some of their ulcers behind. Now they can go to charter schools, especially if they are young Teach For America alums. In 2013, imagine the opportunities if Bartlett, Germantown, Collierville, Lakeland, Arlington, and Millington and the Achievement School District are all gearing up new systems and looking for a few good men and women to build around. No matter how many ‘burbs vote for muni’s, it’s hard for me to see anything but competition for students, funding, and teachers/principals where the rich get richer and the losers get left behind. Sharing? I don't think so. At some point this gets to be every system for itself.

Fred Smith on liberal arts degrees. The chief executive of our biggest employer is in Fortune magazine this week talking about lots of things, including college education and, by extension, high school and community colleges. "I personally think that the federal government — and you're talking to a liberal arts major here — should restrict its funding of higher-education grants and loans to science, math, and engineering because that's where most of the value added comes," he says. Chaucer and "The Canterbury Tales" or mechanical engineering? The choice is yours, college students. I'm pretty sure Smith has no plans to become a superintendent or a college president, but when a liberal arts graduate (Yale) disses liberal arts and praises a community college in West Memphis, it might be a good idea to pay attention.