Megabus: Nashville on the Cheap 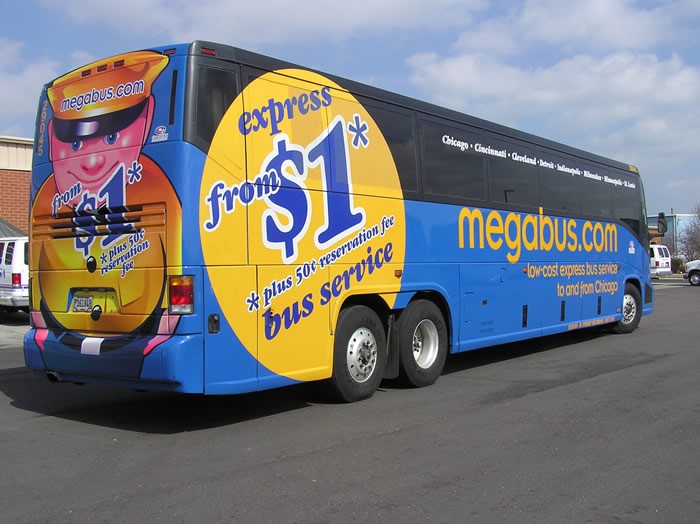 I took the Megabus home from Nashville Sunday afternoon for $19.50. The non-stop trip took three hours and 20 minutes, from the Ramada Inn next to the Titans stadium in Nashville to the MATA bus terminal at the north end of downtown, a five-minute drive from my house.

Obviously, Delta Airlines this is not. Delta caters to a different crowd and charges $641 or $787 for a round trip ticket to Nashville at the end of June that you can book on Megabus for $10. That's right, $10 round trip if you book in advance. Book in advance with Delta and it's $641 and takes one hour, unless you go through Atlanta, in which case it takes as little as three and a half hours or as long as six hours.

Normally the Megabus picks up and drops off at Nashville's downtown bus station which is within walking distance of Lower Broadway, the Country Music Hall of Fame, and Nashville's stunning new convention center that will open in 2013. Because of the Country Music Association festival downtown this weekend, the drop point was the Ramada on the other side of the Cumberland River.

The good: the trip to Memphis was non-stop Sunday, apparently because the bus was 10 minutes later departing. Passengers who had taken it before said it normally stops in Dickson, 45 miles from Nashville, and the schedule says the trip takes four hours and 30 minutes. The bus was half full. The seats were clean and the ride was smooth. The operation was so informal it made me shake my head, possibly due to the unusual schedule to accomodate the music festival. The driver opened the luggage door, the passenger door, and everyone climbed in without even showing our tickets or receipts. Carry on anything and everything was the rule of the day.

The bad: Not much. The trip was shorter than advertised, which I suppose could have been a problem for people who could not arrange an earlier pick-up in Memphis. The toilet did not flush. Someone had been smoking in the bathroom. The wireless, as advertised, was spotty. I could not get connected anywhere enroute.

It's a nice little addition to the transit scene. Greyhound also has a $20 fare to Nashville, if you book in advance. The same-day fare is $57. And the terminal is out by the airport, which may or may not make it more convenient depending on where you are headed.

I would recommend Megabus to anyone going to Nashville, Knoxville, or Atlanta.