Thoughts on the Eve of the Election 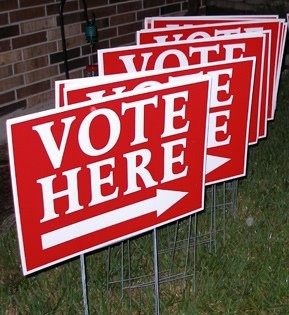 Weird. That's how this election feels. Let me count the ways.

It's really important and really interesting how the suburbs vote on municipal school systems. The How Much Do They Hate Us Meter. Driving through Germantown and Collierville last Sunday, I saw lots of "Vote Yes" signs but no signs of organized opposition to what is, among other things, a self-imposed tax increase of an unknown amount. If I were a suburban parent of school-age children at, say, Houston High School (in which case I would need a lot more money to afford a house in the 'hood), I would be torn between smaller-is-better and "is this even necessary?"

The election outcome won't have that feel of finality. The Shelby County Commission gets two more bites at the apple. I like its chances on the unconstitutionality of the state law because it is narrowly drawn to, as its backers plainly said, apply to Shelby County. Judge Mays could so rule, and if he does, that would slow the muni train down but not stop it. The resegregation claim, as I have written, looks like a don't-go-there for the federal courts. If it comes to trial, the whole country will be watching.

As for that subpoena for commenters' names, The Commercial Appeal has overplayed its hand. How foolish its editorial writers look, puffing their chests and throwing their arms out of their sockets patting themselves on the back in righteousness. NEVER! We'll never disclose a secret. Trust us! Two words: Ernest Withers, the FBI informant that The CA outed. There are two times when I have learned the hard way that it is best not to write a column: when full of self-righteousness and when full of anger. Let it pass. Two people mentioned the irony of Withers to me within the last 24 hours.

Weird, too, was voting early. Memphians don't get to vote on munis. Turnabout is fair play. So I voted in one school board race and a couple of other races. And I still can't explain the school board "what ifs" and "but thens" to my wife and friends, not that they care much.

Jackson Baker and I were talking about the election and charter schools. Jack made the point that charter schools are not really public schools, they're more like private schools with public money. There is a concerted effort in the Department of Education in Nashville to vastly expand them. We agreed that it's the beginning of the end of public education as we knew it in our day and our childrens' day.

Which leads to the idea of a unified school system, which I supported 18 months ago and had hopes for. Like many others, I knew it was risky ("looking for a fight" as Kriner Cash said), knew the 5-4 school board vote was dependent on lame-duck member Sharon Webb, knew opponents such as Jeff Warren and Kenneth Whalum Jr. spoke from first-hand experience as MCS parents, and knew some suburbanites would bolt. I thought busing for diversity was off the table (as it is), but I underestimated the General Assembly and overestimated merger backers Martavius Jones and Tomeka Hart. They have not been the voices for compromise and school closings and efficiencies I hoped they would be. If all we (Memphians) get is a small property tax decrease offset by an increase in county taxes, it will not have been worth the effort. But to the extent that there is and can be suburban-city mixing, as on the Transition Planning Commission and unified school board, there's some hope. Diversity in public education has value, but it is more praised in word than in practice.