Suburbs Hang a "Bagel" on Unified Schools; How Should Memphis Respond? 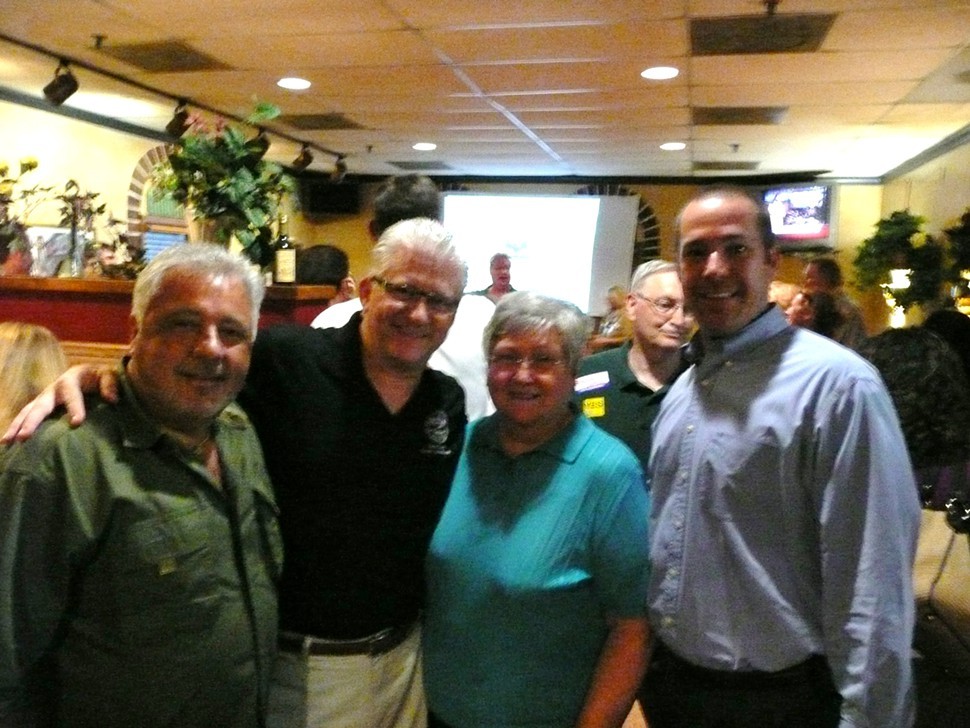 Six-zero, 6-0. In tennis it's called a bagel. The Unified School District got bageled by Millington, Bartlett, Arlington, Lakeland, Germantown and Collierville.

"We want to make sure that Germantown continues to be the community of choice," said Dick Vosburg, a member of the steering committee for the "Yes" to municipal schools vote, at a celebration at Garibaldi's pizza restaurant Thursday night.

Germantown Mayor Sharon Goldsworthy said the overwhelming approval was "a piece of the journey that began January 11th" when a bill was introduced in Nashvillle.

In the long view, the journey began some time around 1973 or 1974 with white flight in response to court-ordered busing. Or in 1982, when Memphis City Schools threw in the towel on busing. Or 1995 when county school enrollment topped 45,000. Or in 2010 when the city school board surrendered the charter.

No matter, it's the first day of a new era. Barring a setback in federal court next month on the constitutionality of the state law, Germantown and its sister suburb Collierville will zoom to the head of the suburban pack as they elect school board members, lay claim to school buildings at low cost or no cost, and entice students in private schools to try the public option. What will happen long term to the students now attending those suburban public schools (and boosting their minority enrollment) but living in unincorporated parts of Shelby County remains to be seen.

Non-residents would get a partial free ride if the sales tax increase isn't enough and suburbs have to raise property taxes. Will the municipal schools want them anyway to boost enrollment, state funding, diversity, or compliance with federal court orders on resegregation? Or must they be excluded because residents are the only students such systems are legally authorized to educate? In that case, could there be a significant increase in the black populations of the suburbs, in defiance of the trend described in the Washington Post article and supported by years of experience in Shelby County? This piece that ran in the Washington Post describes how Americans have settled into "like" communities.

A strong statement from the suburbs will require a strong response from Memphis and whatever becomes of the Unified School System. Only five percent of Memphis high school graduates are college ready. "Disgusting," said Stand For Children Tennessee Director Kenya Bradshaw at a press conference Friday.

The upstart organization supported four school board candidates (one of them unopposed) who were victorious Thursday. Bradshaw said Stand For Children spent about $150,000. The seven elected board members will be part of a 23-member board for another year.

The federal resegregation lawsuit is set for November 6th. Attorneys for the Shelby County Commission argue that the municipal school systems are racially motivated and would violate the equal protection clause of the Constitution and shortchange the Shelby County District. The filing does not say what remedy could be imposed to racially configure public schools when 22 percent of the students are white and the majority of them live in them live in suburbs that voted overwhelmingly against unification.

CORRECTION: Wyatt Bunker was misidentified in a photo caption. Apologies.