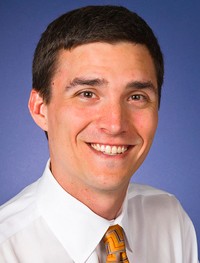 Mega-data gave way to mini-drama for a little while in the second day of the municipal schools case in federal court Wednesday.

The first day was dominated by dueling demographers and some thrilling testimony about the cohort component method of forecasting. The apparent relevance: small Tennessee towns and school districts could theoretically if not actually become bigger towns with municipal school systems, thereby showing that the state enabling legislation was constitutional.

On Day Two, the plaintiffs (Memphis City Council and Shelby County Commission) called law school professor and Transition Planning Commission member Daniel Kiel to the stand. He reviewed the work of the TPC from October 2011 until August 2012 in the context of two things that happened in Nashville during that time: the General Assembly's passage of legislation allowing municipal school districts before unification of the Memphis and Shelby County school systems at the start of the 2013-2014 school year and the state attorney general's opinion that muni's couldn't jump the gun.

The TPC plan mentions the possibility of municipal school systems in Shelby County but doesn't specifically account for them in its calculations.

"It was too hypothetical to incorporate into the plan," Kiel said. But when Tom Cates, attorney for the suburbs, asked if "it was always there and always considered something that might happen, is that correct?", Kiel agreed with him and later said "It is accurate that the TPC anticipated the possibility of municipal school systems, yes."

Kiel said the TPC was charged with planning for unification in 2013 and that he personally put in 8-14 hours a week of donated time. Cates said the suburbs were likewise planning for their future by holding referenda in August and school board elections in November.

Colorful, and certainly more interesting than the cohort component method and the bona fides of expert witnesses, but the relevance of this examination to the constitutionality of the law in question was not clear. One thing it seemed likely to do was make citizens less comfortable in court than Kiel think twice about serving on school panels that might get them called as witnesses in federal court hearings and subjected to questions from lawyers.

At the lunch break, attorneys for the suburbs were entering into evidence stacks of facts about small towns in Tennessee such as Milan, apparently in preparation for showing how the law of muni's could apply to them as well as Shelby County.

Spectators again included lawmakers Mark Norris and G.A. Hardaway, among others. Hardaway told me he plans to work on fostering better communications in Nashville next session so decisions are not subject to instant judicial review. Norris said he was willing to testify in the hearing but wasn't asked to.

It's a great case for lawyers. I conservatively calculate the daily expenditure for ten attorneys at $2500 an hour, the daily fee for expert witnesses at $4000, and the ballpark total at $25,000 a day. Maybe we should go back to the days of settling disputes by expense account dinners and meetings in smoke-filled rooms.