Blockbuster Plan for Downtown Would Declare it "Blighted Menace" 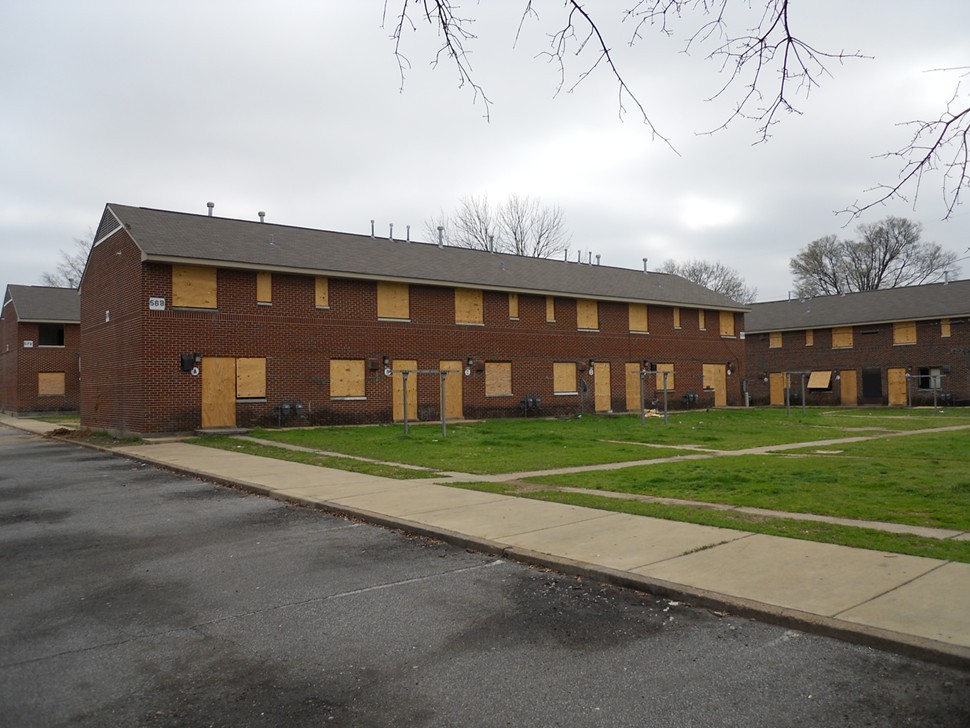 Downtown leaders and property owners are being asked to weigh in on a blockbuster 20-year redevelopment plan that would capture $100 million in taxes and spend it on a public housing project and "Heritage Trail" by declaring all of downtown a slum.

The Flyer obtained a copy of a previously unpublicized memo from the Downtown Memphis Commission that was sent to board members and, by them, to other downtowners this month. It discusses a proposed Community Redevelopment Agency (CRA) under the control of the Memphis Housing Authority and the Division of Housing and Community Development, currently headed by Robert Lipscomb. The City administration wants the input of stakeholders before the City moves forward with this plan. The focus is redeveloping Cleaborn and Foote Homes, housing projects in the southeastern part of downtown.

"The CRA is established “to combat slum and blighted areas that constitute a serious and growing menace, injurious to the public health, safety, morals, and welfare of the residents of Shelby County.” To provide CRA with jurisdiction to adopt and implement the Master Plan, the CRA is considering declaring Downtown Memphis to be a slum, blighted, and a growing menace."

The proposed master plan, a 196-page document dated September 13, 2012, includes the entire downtown core, the Beale Street Entertainment District, the South Main District, the South End, Victorian Village, the Edge Neighborhood, and part of the Memphis Medical Center. It targets some 200 downtown parcels for CRA acquisition by purchase or, if necessary, eminent domain. A master developer would be hired by the CRA.

"To begin funding implementation of the Master Plan, the CRA would establish a Downtown tax-increment-financing (TIF) District that would redirect future property tax revenue growth generated Downtown over the next twenty years from the city and county to the CRA. It is projected that over twenty years the TIF would redirect $102,751,238 of city and county property taxes to the CRA. The bulk of this revenue would be generated in the out years, with the first five years generating less than 1.5% of the projected revenue.

The Master Plan includes 27 miles of streetscape improvements, 6 miles of new streets, and 17 acres of new parks. The TIF funds along with federal grant money would help support the public housing redevelopment in the southeastern section of Downtown, but the source of funding for improvements throughout the remainder of downtown is not identified, nor is a budget or schedule provided for such improvements.

An earlier plan in the Herenton mayoral era dubbed Triangle Noir focused on a much narrower area around Cleaborn and Foote Homes.

The memo asks several questions, including:

How will needed improvements in the rest of Downtown be paid for?

What happens to ongoing private development initiatives if the CRA officially adopt this new, largely unfunded Master Plan for Downtown?

What are the lost opportunity costs of borrowing against and spending twenty years of property tax growth in Downtown Memphis?