Reactions to the New Riverfront Report 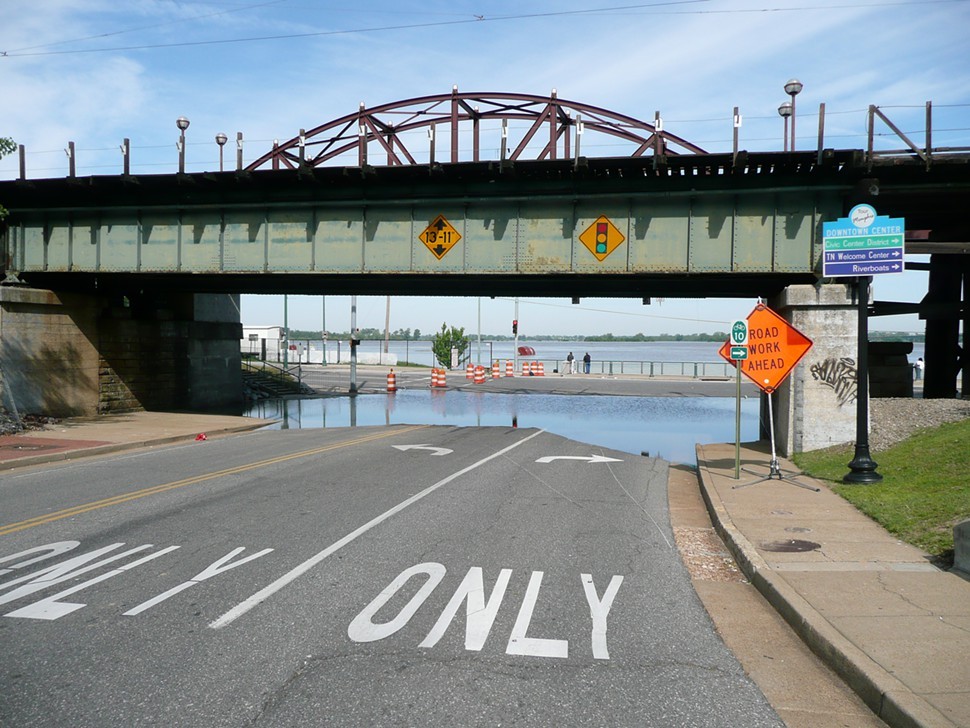 Memphians with a stake in the riverfront have had time to consider the six "quick fixes" for the riverfront proposed by urban design expert Jeff Speck this week. Here is some of what they had to say.

Henry Turley, developer: “I thought the quote of the night was Paul Morris (head of the Downtown Memphis Commission) saying “plan less, do more.” I have long thought there was a battle between river access and expressway on Riverside Drive. Jeff Speck hit that right. On Bass Pro, I think he hit that right too. It is turned south and therefore does not significantly impact The Pinch. Several years ago I asked the McWherter administration not to put the state welcome center in Arkansas. The idea was to develop those sites, where the parks and development sites would go together. Overall, I didn't find much to pick at.”

Charlie Ryan, partner in Beale Street Landing restaurant. “Wow. Wow. We already don't have enough parking. So what else can I say. It is difficult to get to the building. It's as simple as that.”

Bud Chittom, partner in Beale Street Landing restaurant: “Once the smoke clears there will be parking at the end of the park. We've got to have that little parking lot.”

Burton Carley, minister of Church of the River, called “the church of None Shall Pass” in the report. “It would cost the city millions for the river walk to come across our property. We spend a lot of money maintaining it.” Carley said the church has talked with the city and railroad about doing something to help the bike path to the Harahan Bridge without putting it in front of the church, with its big windows looking out over the river. “We are not obstructionists. The renewal of the riverfront began with the Church of the River.” Nor is he alarmed by anything in the report. “What I have learned in my 30 years here is not to pay attention too much.”

Tom Jones, who introduced Speck, wrote this on his Smart City Memphis blog, which includes links to the full report. Jones has been a close observer of downtown projects for more than three decades.

Jimmy Ogle, Beale Street Landing. “Taking out parking at Tom Lee Park would be tough right now. How do you get to the park?” Ogle said he is “lukewarm” to making changes in Riverside Drive.

Jim Holt, executive director of Memphis In May: “I met with Mr. Speck. Tom Lee Park has been our home for 37 years. Part of the magic of the event is the river. Every modification has an impact. We have been flexible.”

Greg Maxted, The Harahan Project: "The idea I liked a lot was Riverside Drive, adding a bike lane and parallel parking, and removing the parking lots and adding more green space." As for the bridge project and the church, Maxted said the design utilizes Virginia Avenue for access and will not impact the church.

Virginia McLean, Friends For Our Riverfront: "I think what he had to say about Bass Pro Boulevard was a strong and good suggestion. If they would listen again they might have a chance of developing that little part. But if nobody listens now and they go ahead with their large sign and lights, then I don't think there is any possibility of mixed-use going in there."

While it is true that downtown has a lot of plans on the shelf, it also has a lot of riverfront projects costing many millions of dollars. Most of the projects since 1980 have expanded public parkland and amenities and deemphasized cars. A partial list includes:

Mud Island River Park, now entering its fourth decade and closed half the year. It has had two full-service restaurants in addition to a snack bar. It has been managed by the city and the Riverfront Development Corporation. At various times, it has had paid concerts, longer hours and a longer season, free concerts, a swimming pool, kayaks, paddle boats, air-boat rides, a museum, playground, overnight camping, and free admission.

Tom Lee Park was expanded to more than double its acreage, with a broad sidewalk at the edge of the river from just south of Beale Street to the top of the hill at Ashburn-Coppock Park. The sidewalk was extended south behind the Rivermont apartments to Martyr’s Park, which has the highest viewpoint of the river in Memphis.

A lighted sidewalk on the west side of Riverside Drive above the Cobblestones Landing.

The Bluff Walk from Beale Street to the South Bluffs, including a pedestrian bridge over Riverside Drive and staircases to walkways across the road to Tom Lee Park.

Greenbelt Park on Mud Island, with a lighted sidewalk above the flood plain and paths and benches on the grass near the river, and room for several special outdoor events including a bike race.

Harbor Town was developed as a walkable residential community that now has thousands of residents.

The A. W. Willis Jr. Bridge opened Mud Island to private development. The bridge has protected sidewalks on each side.

Mud Island River Park is accessible by bike from the bridge or the sidewalk above the monorail, which can be accessed by elevator. Bikes are allowed in the park.

A landscaped median and crosswalks were added to Riverside Drive to make it more pedestrian friendly.

The Main Street Trolley goes north and south on the pedestrian mall. Cars are banned. The Riverfront trolley line carries passengers from Auction Street to the train station.

A pedestrian bridge was built to connect the University of Memphis law school with the park north of it.

New projects or additions to what urban experts call "the built environment" are often premised on the idea that people would walk and bike more if they only had more places to do it. I am unable to associate myself with this thesis. Most people bike for recreation, not to get somewhere for a specific purpose. And we love our cars. There is no better illustration than the bike racks and parking lots at Rhodes College and the University of Memphis, the very demographic that is supposed to be hot for bikes. One is packed, the other isn't.