Bikes and Memphis Aim Beyond Paint on Pavement 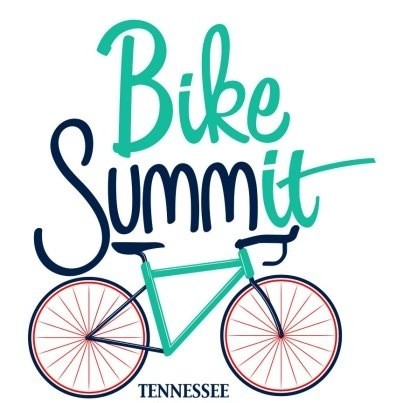 As a public relations campaign and a public policy priority, bikes have made it. Broad acceptance is another matter. Advocates hope to get beyond paint on the pavement, and the summit is a start.

Beloved by a small number of hardcores who commute by bike and supported in the abstract by Memphians who prefer to drive their cars as a practical matter, bike lanes began appearing on city streets such as North Parkway and Madison Avenue a couple of years ago. The city's Çomplete Streets program put bike lanes (not counting shared lanes for cars and bikes) on 51 miles of city streets.

On Wednesday, Mayor A C Wharton announced that 15 miles of protected "green lanes" will be added in the next two years at undetermined locations. The Green Lane Project is working with six U.S. cities (Austin, Chicago, Memphis, Portland, San Francisco, and Washington, DC) to get green lanes on the ground. Green lanes are protected from cars and sidewalks by barriers and buffers and sometimes marked in green paint.

Also announced this week was a $350,000 project to connect Overton Park to Broad Street.

"No longer will we take it for granted that streets are only for those who want to get in their two-ton vehicle and chug up and down the street," said Wharton. He said people who say they would bike if only it were safer will have no excuse when the projects are finished.

Memphis is among several cities experimenting with various bicycle proposals. Mayor Michael Bloomberg made them a key part of his legislative program in New York City, as The New York Times noted recently.

Speakers at the summit include Kyle Wagenschutz from the City of Memphis; City of Memphis CAO George Little, a frequent bike commuter; Jessica Wilson from the Tennessee Department of Transportation; Andy Clarke, president of the League of American Bicyclists; Greg Maxted for the Harahan Bridge Project; Hal Mabry from The Peddler Bike Shop; and long-distance rider and Revolutions Community Bicycle Shop founder Anthony Siracusa.